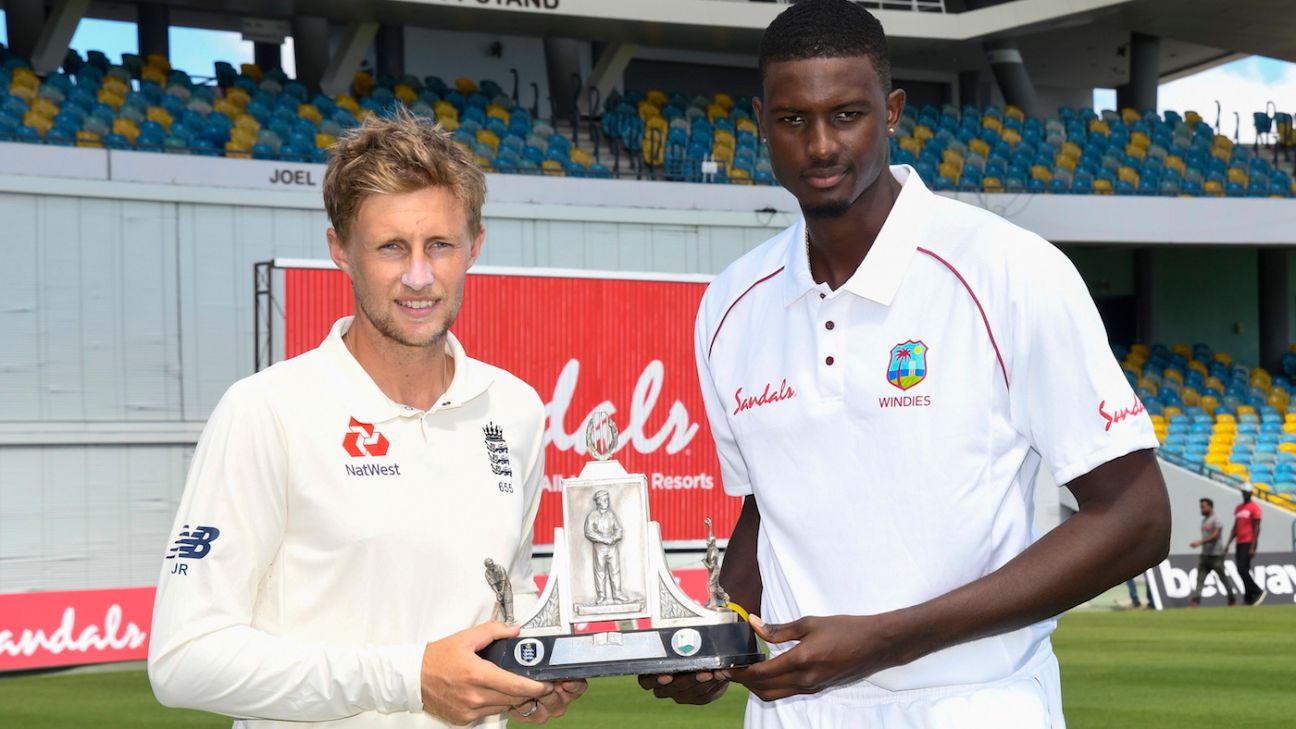 England’s home series against West Indies could be rescheduled until September or even played in the Caribbean due to the COVID-19 crisis.

At present the sides are scheduled to play three Tests in England with the first due to start at The Kia Oval on June 4. But with it now all but inevitable that the start of the English domestic season will be significantly delayed and a peak in COVID-19 cases in the UK anticipated in June, it seems highly unlikely the series will proceed as planned.

ESPNcricinfo understands that the England & Wales Cricket Board (ECB) and Cricket West Indies (CWI) have held several discussions in recent days. The options under consideration include the possibility of rescheduling the series – with September the most obvious time – or staging it in the Caribbean. It is understood CWI have also offered to host England’s three-Test series against Pakistan, scheduled to start on July 30.

While there are COVID-19 cases in the Caribbean, the virus would appear, at this stage, to have taken hold far more in the UK. There have, for example, been only two reported cases in each of Barbados and St Lucia and one in Antigua.

“I’ve spoken to Tom Harrison a couple of times in the last few days,” Jonny Grave, CWI’s CEO told ESPNcricinfo, “and assured him that we will be as flexible, supportive and helpful as possible.

“To that end, yes, we have offered to host the series here in the Caribbean if that is deemed helpful. The ECB would retain all commercial and broadcast rights.

“This is not about us trying to take advantage of the situation. It’s about the cricket community working together at a difficult time for everyone and, one of the many great things about the Caribbean is, we can play cricket all year round. There has long been a special relationship between the cricket communities in the Caribbean and England and we wanted to make it clear we will do everything we can to help.”

England are also scheduled to host Ireland for three ODIs in mid-September. It is possible, however, that two England squads – one Test and the other limited-overs – could be in action in different places at the same time.

West Indies also have other commitments later in the year. They are scheduled to host New Zealand (in three ODIs and three T20Is) between July 8 and July 19 before South Africa arrive (for two Tests and five T20Is) between July 23 and August 16. Financially, the series against England is more valuable to CWI, however, so it remains possible those tours could also be rescheduled.

CWI are also understood to be considering the possibility of rescheduling the Caribbean Premier League (CPL) to December if necessary. This would see it running for just three or four weeks – probably requiring the need for several double-headers – over the Christmas and New Year period and put it in competition with Australia’s Big Bash League. In a fast-moving situation, it seems all possibilities will be considered and it is far too early to confirm any details.