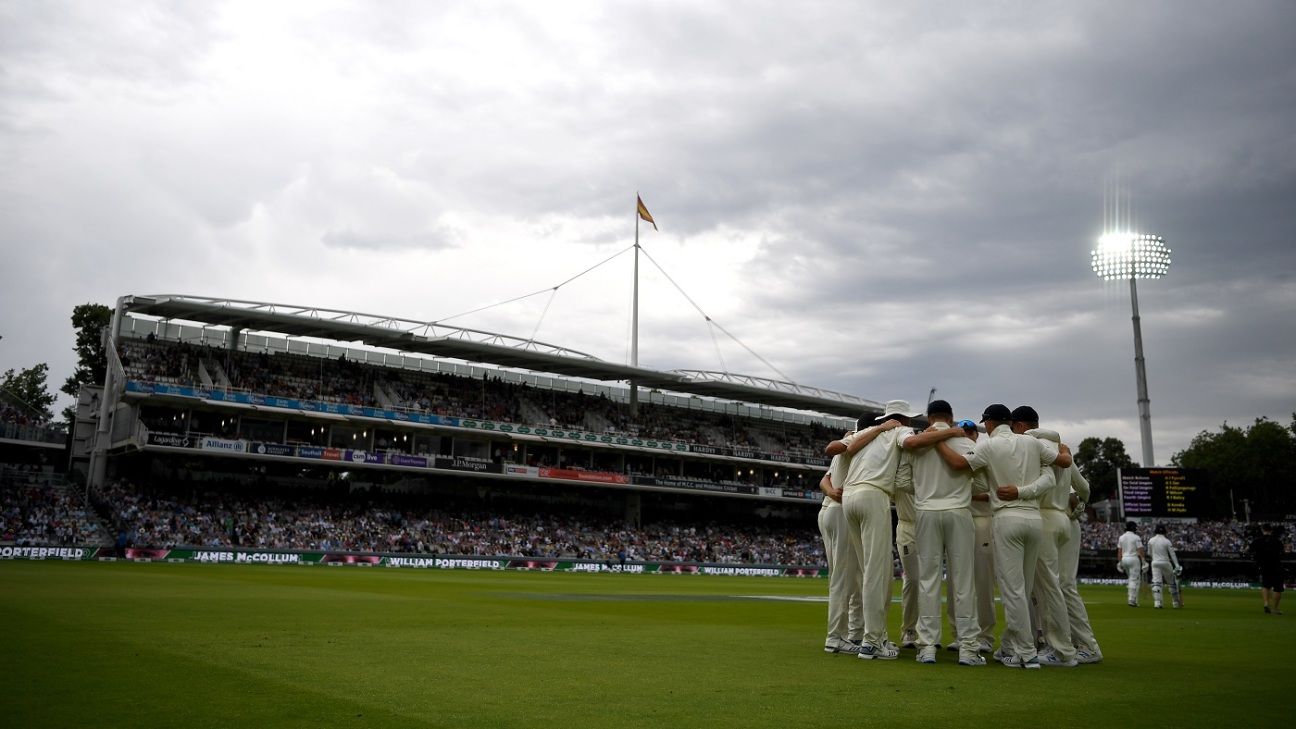 County chief executives met with the ECB via videocall on Tuesday to discuss various contingency plans for the upcoming summer, and will reconvene on Thursday to run through information and start to make decisions about inevitable postponements and cancellations due to the COVID-19 (novel coronavirus) pandemic which is certain to have a significant effect on the shape of the English home season.

The County Championship season is still officially scheduled to start on April 12, but it is widely recognised that will not be possible. Instead, there are various contingency plans that might come into consideration…

Plough on behind closed doors

Even a week ago, it seemed feasible that the English season would be able to start with the Championship being played behind closed doors: matchday revenues at first-class games are low, and much of the competition’s following takes place remotely via live streams, radio commentary, or ESPNcricinfo’s ball-by-ball updates.

But the response to the pandemic has been fast-moving, and already it has become clear that simply ploughing on is impossible. The example of Arsenal head coach Mikel Arteta’s testing positive last week demonstrated that a single player or support staff member being taken ill would cause the whole club to take precautions against the virus, and had knock-on effects: recent opponents West Ham then took their own steps, and it became clear that teams would not be able to fulfil fixtures for some time.

This week, cricket has seen a similar situation emerge, with eight Surrey players currently in self-isolation, and Alex Hales suffering symptoms on his return from the Pakistan Super League. Clearly, with the virus some way from its peak in the UK, it will be some time before counties are able to fulfil fixtures.

Extend the season and cram everything in

Again, an attractive proposition at face value: shift everything back a few weeks, hope things have blown over, and finish the season in mid-October having squeezed the number of rest days.

But in practice, it’s unfathomable: many players feel that there is too much cricket as it is, let alone with even less time between games, and the UK’s chief scientific adviser said last Thursday that the virus’ peak may not be for another “10-14 weeks”, meaning it is implausible that there will be a big enough window to play the vast number of games currently in the schedule.

Ditch the 50-over cup

Realistically, it is hard to see how the Royal London Cup will be played at all in 2020. It has already been unofficially downgraded to a “development competition” to be played alongside the Hundred season, and it is clearly the most expendable with each team only playing eight group games anyway.

Significantly, only a handful are set to be broadcast: televised fixtures will surely be given priority, as the ECB and counties will be reluctant to fail to fulfil any of the fixtures included in the £1.1 billion rights package which runs from 2020-24.

In the longer term, don’t be surprised if the competition in its current group-and-knockout guise never returns: given the push to give the national (formerly minor) counties a greater role in the game and the diminished relevance of 50-over cricket with the next World Cup some way away, this could prove an opportunity to introduce an FA Cup-style knockout competition in the format.

Scale back the Championship

The County Championship cannot feasibly start on April 12, and if the virus does peak in late May or at some point in June, then most teams will see the first half of their first-class season wiped out, with some discrepancy given the uneven nature of the current fixture list.

Things will have to return to normal very quickly if there is any chance of fitting the full 14-game season in, and the next logical step would be to return the top division to an more even structure in which each team plays the other once. That would not be a perfect solution – some teams would have one more game at home than away and vice versa – but seems a likely compromise. In Division Two, each team could play seven games. It might mean the season extends into October, perhaps even with a round or two played overseas as necessary and if possible, but it seems like the most likely step.

Some readers will wonder why the Championship and the Royal London Cup have to give way when short-form cricket is already approaching saturation point on account of the introduction of the Hundred alongside the 133-match T20 Blast: why can’t the Blast be the tournament that gets sliced in half?

Unsurprisingly, it comes back to money. Most counties earn the vast majority of their cricketing income – through gate receipts and other matchday revenue – and more games are shown from the Blast by Sky than from any other county competition by a long stretch. Therefore, even if it had to be played in a different window from that scheduled (the group stage is meant to run from May 29-July 12), the Blast would surely be played in full.

What about the Hundred?

The ECB have pumped a vast amount of funding into their new competition, which is scheduled to start on July 17, and will surely be unwilling to let it fall by the wayside in its first year. It is possible that the fixtures could be squeezed tighter to include more double-headers, but the current arrangements involving a game every day from start to completion is perfect for broadcasters.

An alternative idea, suggested by Mark Butcher on ESPNcricinfo’s Switch Hit podcast, would be to take stock and push back the first season to 2021: this summer, the chaos resulting from postponements and cancellations in the Future Tours Programme may leave the involvement of overseas players uncertain, and question marks over England’s schedule could mean a lack of star quality if the competition overlaps completely with rearranged international series. But it seems an unlikely step, given the money that has been poured into marketing, advertising and promotion already – not forgetting the broadcast deal.

None is particularly expendable, given the Tests form part of the World Test Championship, the ODIs are part of the new Super League, and the T20Is form part of England’s World Cup preparations but the ICC may well allow increased flexibility in dates if they need to be pushed back into 2021. Simply postponing into next summer is hardly academic, though: according to the FTP, England will play three ODIs and three T20Is against Sri Lanka, three ODIs and three T20Is against Pakistan, and five Tests against India next summer, while hosting the WTC final and playing three ODIs in the Netherlands.

Similarly, counties who play at Test grounds will be loath to see their internationals cancelled. Michael Atherton suggested in his Times column that series could be played simultaneously, given the lack of overlap between England’s Test and limited-overs teams: perhaps playing two internationals at once is impossible, but broadcasters might accept a three-match T20I series being played over a gap between Tests.

In truth, the picture is hazy and unclear, and will likely remain so for several weeks and months beyond. Certainly, the line in the ECB’s most recent set of accounts which identified the “loss of cricket due to events outside of cricket’s control” as a “major risk” seems like a harbinger of doom, as does the fact the governing body’s cash reserves were down to £11 million, from £73 million in the 2015-16 financial year. But even if the path is uncertain, the game will surely find a way to survive.