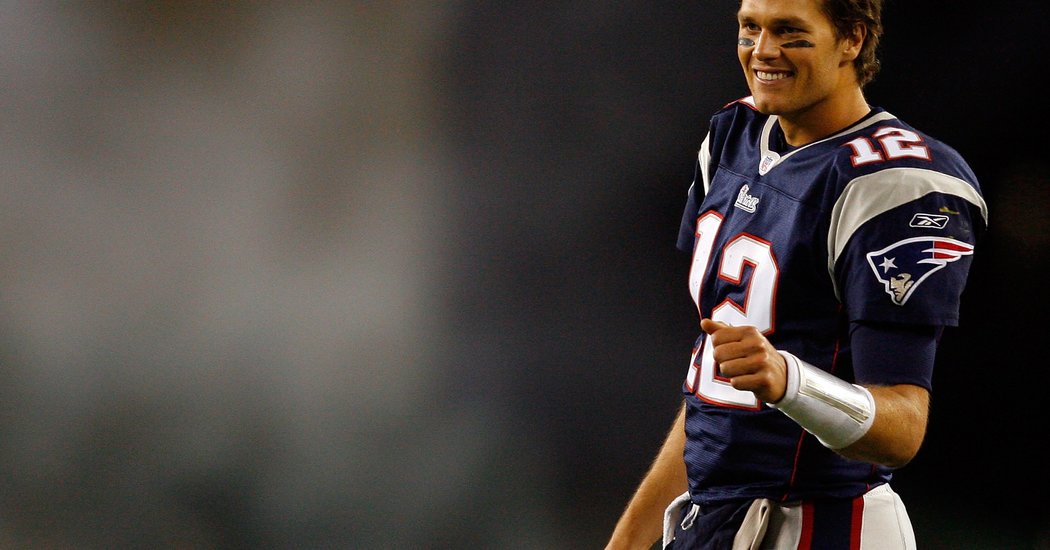 Tom Brady’s 20-year career with the New England Patriots, which came to an end on Tuesday with the announcement that he would seek a new team as an unrestricted free agent, had no shortage of superlatives.

In his first six seasons as the team’s starter, Brady had established a consistent baseline of success: about 300 completions at a 60 percent rate. About 25 touchdowns. A little less than one interception a game. An adjusted yards-per-attempt rate of 6 or 7. And a lot of wins: 10, 12, even 14 each season.

Almost every other team in the league would have been ecstatic to get numbers like that from its quarterback, let alone win three Super Bowl titles under his command, as the Patriots did in those six seasons.

Then Brady got better.

In 2007, at age 30, he elevated his game and put up numbers he had never reached, and in many cases would never reach again.

His 300 or so completions became 398. And receivers caught his passes at a higher rate: 68.9 percent of the time. It is the only season of Brady’s career in which he led the league in completion percentage.

About 25 touchdown passes per season? How about 50 in 2007? That was an N.F.L. record at the time, and it is still tied for second alongside Patrick Mahomes’s total from 2018, and five behind Peyton Manning’s output in 2013.

Brady would never again exceed 39 in a season. His adjusted yards per pass in 2007 zoomed to 9.4 percent, best in the league and another career high he would not match.

Brady’s astonishing numbers in 2007 also heralded a permanent change in his skill set. After throwing a dozen or so interceptions each season early in his career, Brady had only eight in 2007, a meager 1.4 percent of passes attempted, compared with a previous low of 2.3. Ever since, Brady has been extraordinarily difficult to intercept.

Starting in 2010, Brady has not had an interception rate higher than 2 percent. In several seasons, he almost seemed to play as if there weren’t any defensive backs on the field: He threw only seven or eight interceptions over a full season four more times. There were four interceptions in 2010, then two in 12 games in 2016, when he was 39. He never again hit the 14 interceptions that he gave up in three of his first six years as a starter.

Brady would post even better numbers in some categories in seasons to follow: He broke the 5,000-yard barrier in 2011, surpassed 400 completions three times and led the league in a slew of categories. After a well-deserved first Most Valuable Player Award in 2007, he won the prize again in 2010 and 2017. He also led the Patriots to three more Super Bowl wins. But he never again put together such an across-the-board complete season.

And those Brady numbers in 2007 added up to wins for the Patriots: 16 of them without a loss for the only undefeated regular season in the N.F.L. since 1972, when the Miami Dolphins were 14-0.

The odd thing about the Patriots’ phenomenal 2007 season is that it is remembered as something of a disappointment because of their upset in the Super Bowl by the Giants after David Tyree’s helmet catch.

But perhaps the passage of time, and Brady’s departure from New England, will give Patriots lovers and haters alike the perspective to see the 2007 season for the remarkable feat it was.