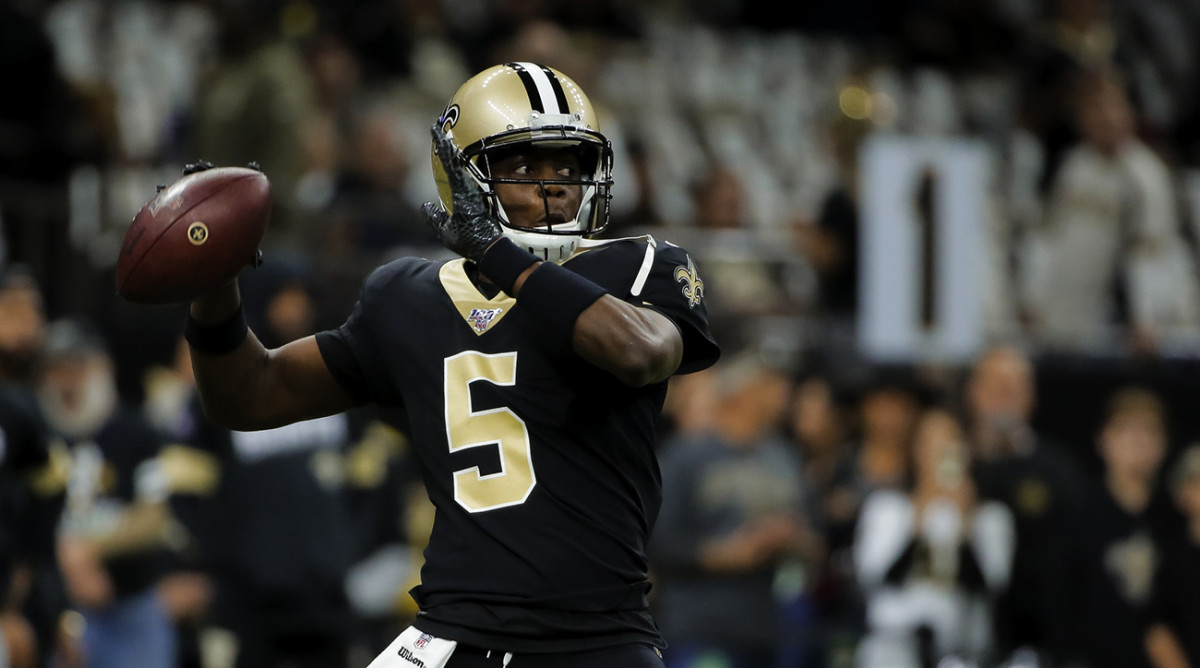 The Panthers and quarterback Teddy Bridgewater are discussing a three-year contract in the $60 million range that could be finalized when the new league year opens on Wednesday, ESPN’s Chris Mortensen reports. The deal is not yet done.

Earlier Tuesday, the Panthers announced they were allowing quarterback Cam Newton to seek a trade.

Bridgewater previously worked with new Panthers offensive coordinator Joe Brady as a member of the Saints.

Last season, Bridgewater went 5–0 as a starter for New Orleans when Drew Brees was out due to a hand injury. He finished the season with 1,384 yards, nine touchdowns and two interceptions in his nine games played.

Bridgewater, who started his career in Minnesota, is entering his sixth NFL season. He made the Pro Bowl in 2015 after starting all 16 games for the Vikings, but a knee injury derailed his Minnesota tenure. He joined the Saints before the 2018 season.

Newton is owed $18.6 million in 2020 and will become a free agent in 2021, barring a contract extension. Newton is the Panthers’ franchise leader in passing yards, passing touchdowns and rushing touchdowns. He has a career 68–55–1 record.