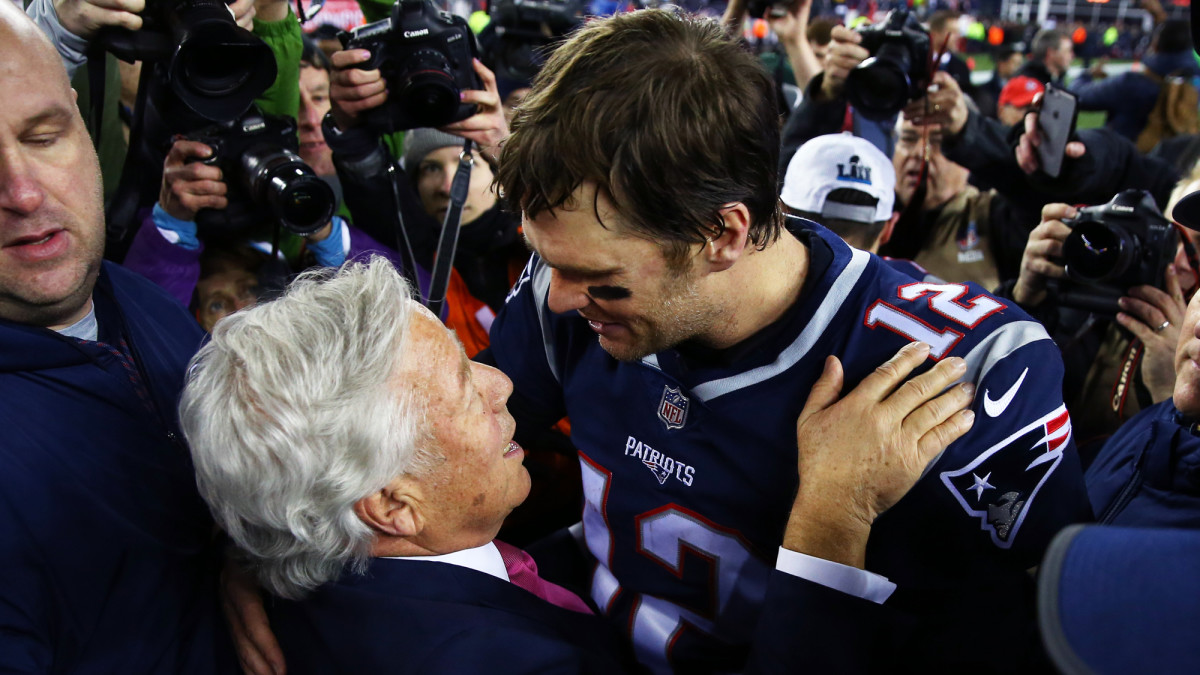 New England Patriots owner Robert Kraft says Tom Brady informed him about his decision to leave the team on Monday night, according to ESPN’s Mike Reiss.

“Tommy initiated contact last night & came over,” Kraft told ESPN. “We had a positive, respectful discussion. It’s not the way I want it to end, but I want him to do what is in his best personal interest. After 20 years with us, he has earned that right. I love him like a son”

Brady announced his decision on social media with a note titled, “FOREVER A PATRIOT.”

According to ESPN’s Adam Schefter, despite the note, Brady has not made a decision on where he will play next season and is still exploring his options.

Kraft has deferred to head coach Bill Belichick in the negotiation process and told NBC Sports that he was hoping Brady would remain a Patriot or retire. Albert Breer of the MMQB reports that, as recently as Monday, there were people in the Patriot organization hoping that a summit between Tom Brady and Bill Belichick but it never happened.