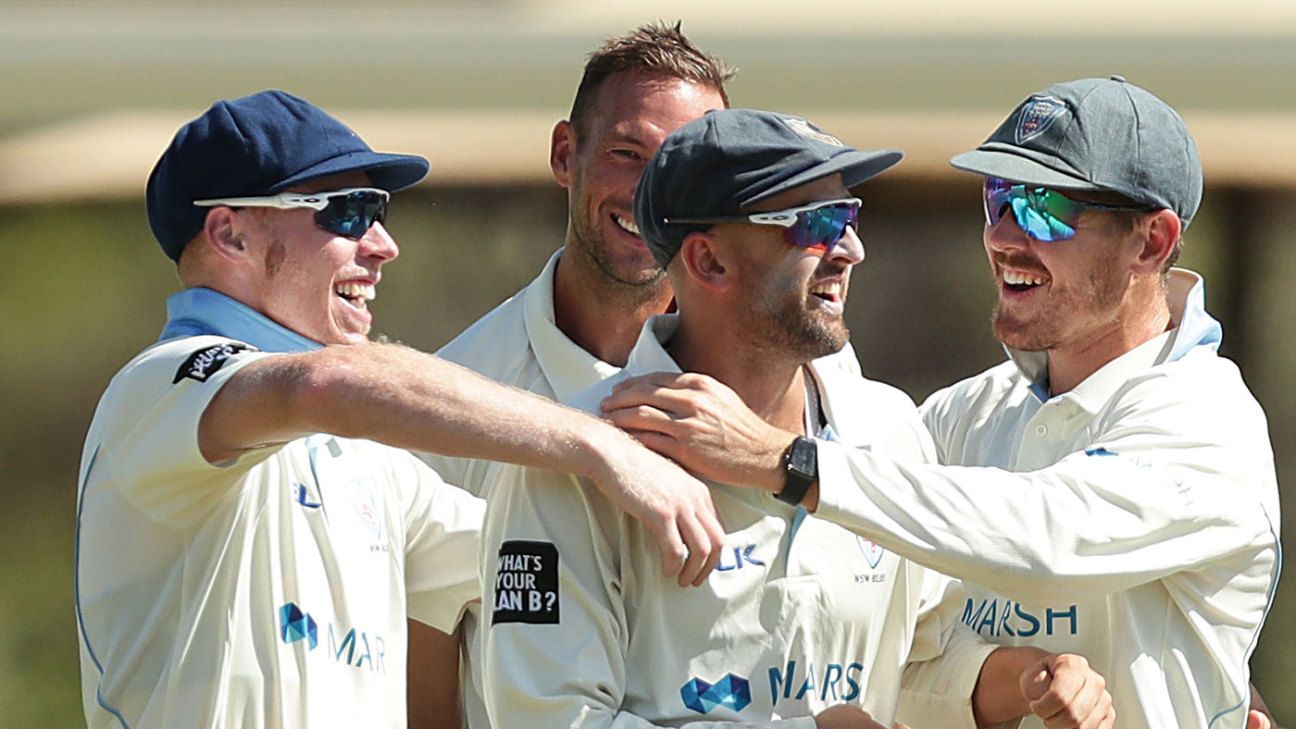 New South Wales have been named the Sheffield Shield champions after the final was cancelled during the coronavirus pandemic.

In a move that had been likely for some days following the abandonment of the final round of matches, Cricket Australia confirmed the decision on Tuesday as they also “strong recommended” that cricket at all levels was cancelled while they also closing their offices.

New South Wales were well out in front during the regular season of the Sheffield Shield having already secured hosting rights for the final with six wins in nine matches before the abrupt end to the season. Victoria, the defending champions, were in second spot with Queensland also pushing hard to contest the final which would have been played in Wollongong.

“By effectively cancelling the remainder of our season, Cricket Australia is playing its part in protecting fans, players, staff, volunteers and match officials during this unprecedented global health issue,” Kevin Roberts, the CA chief executive, said. “These are difficult decisions, but the right ones in the circumstances.

“Many will no doubt be disappointed that the Sheffield Shield, Premier Cricket and Community Cricket seasons won’t have their traditional ending. That said, we congratulate New South Wales who were 12 points clear at the top of the table on being crowned Sheffield Shield champions.

“As organisations around the world rally to slow the spread of the coronavirus, it’s important that we also provide decisive leadership. We hope that by taking these actions now – in addition to those announced in recent days – we can contribute to ‘flattening the curve’ of coronavirus and society returning to normal as quickly as possible.”