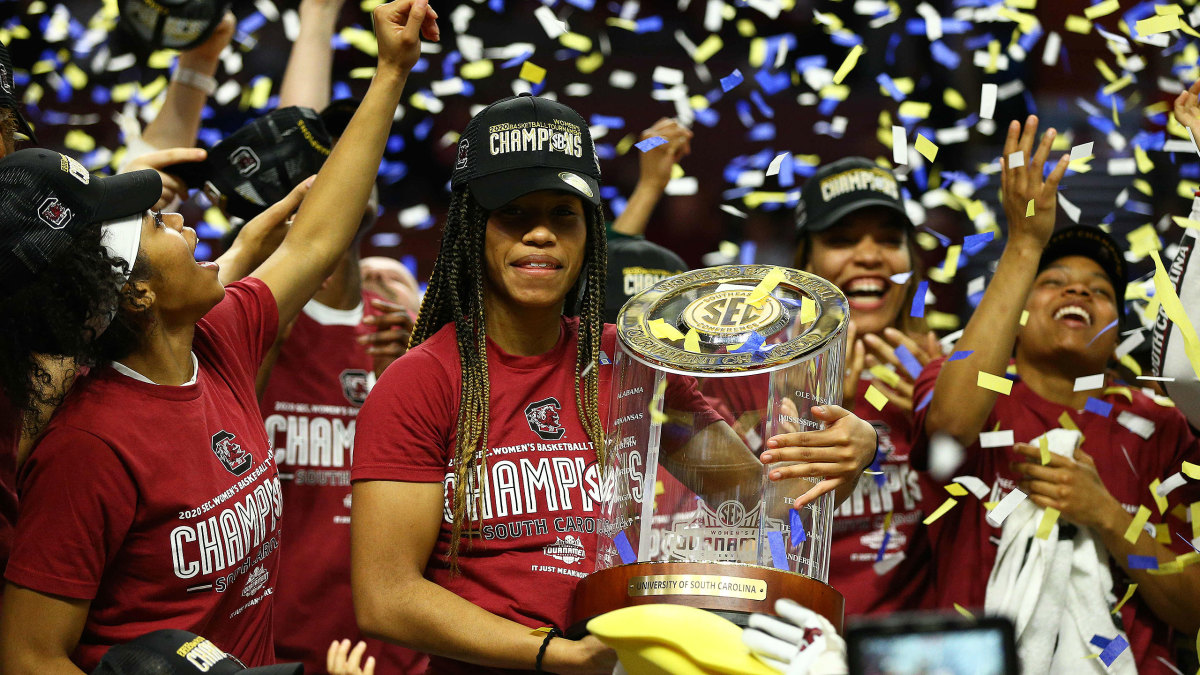 NEW YORK (AP) — Dawn Staley and South Carolina are No. 1 in the final Associated Press women’s basketball poll for the first time in school history.

The Gamecocks received 26 first-place votes from the national media panel in voting released Tuesday. No. 2 Oregon garnered the other four votes. Baylor, Maryland and UConn rounded out the first five.

Louisville, Stanford, NC State, Mississippi State and UCLA rounded out the first 10 teams, which were unchanged from the previous poll.

Before this season, South Carolina had never finished the season higher than No. 3.

The Gamecocks topped the Top 25 the final 10 weeks of a season cut short before the NCAA Tournament by concerns about spreading the coronavirus pandemic. The AP has always released its final poll of the season before the start of the tournament that settles the national championship.

Staley said she wasn’t sure if the Gamecocks might recognize this achievement next year with a banner or something else since there was no tournament.

The Ducks, led by star Sabrina Ionescu, were ranked No. 1 for four weeks during the season. Their previous best finish in the poll was sixth two seasons ago.

“It’s really neat. Going into the tournament we had the strongest resume and were playing really, really well,” Ducks coach Kelly Graves said.

UConn’s final ranking was its lowest since the team finished eighth in the last poll of the 2005-06 season. UConn had been four or higher every season since.

Northwestern, which shared the regular-season Big Ten title, was 11th. It’s the best finish for the Wildcats ever, topping their 13th-place ranking in 1990. It’s only the sixth time in school history the team was ranked in the final poll.

“It’s been a wild ride,” Northwestern coach Joe McKeown said. “We’ve had so many people enjoy watching the program this year and see it grow. I’m sad we didn’t get a chance to play in the NCAA Tournament, but we have a great young group.”

The full final AP Top 25 is below: