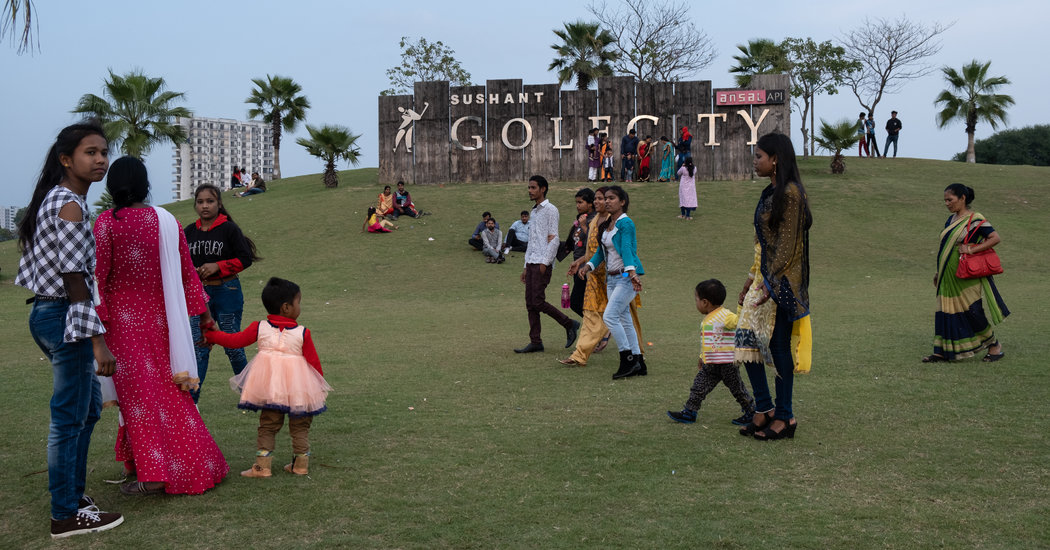 NEW DELHI — Over the weekend in Lucknow, one of India’s bigger cities, young people packed into pubs. Despite the Indian government scrambling to lock things down, few on the bar scene were taking the coronavirus very seriously.

“I am not scared. I eat, party, sleep,’’ said Akshay Gupta, an accountant who was bar hopping on Saturday night. “The scare is overhyped.”

India has reported around 125 cases of the coronavirus, and it is a bit of a mystery how the world’s second-most-populous nation, with 1.3 billion people, has remained relatively unscathed while the number of cases explodes to its east and west. That has spawned a sense of almost disbelief about the crisis in some quarters.

Doctors say it is either that there are many more cases in India than have been detected, because of the difficulties of getting tested, or that India has indeed managed to so far escape the worst, possibly because of quick and strict efforts right from the start.

In Kerala, in the south, the authorities used GPS technology, CCTV footage and mobile phone records to trace the movements of one Indian family believed to be among the first infected here. They returned from Italy in late February, and within days, medical teams fanned out to all the places they had visited including banks, restaurants and churches and quickly quarantined just about everyone they had come in contact with — nearly 1,000 people.

India was also one of the first nations to essentially shut its borders, canceling visas and denying entry to all but a select few foreigners. Some states, such as Kerala, are beginning to beef up internal borders, taking the temperature of passengers in cars and screening people on trains.

So far most if not all of India’s coronavirus cases have come from travelers — an Italian tour group visiting Rajasthan single-handedly spread many of the cases. But public health experts fear what will happen if community transmission begins to take off, especially in packed urban areas with poor sanitation and where so many people live face to face.

“The challenge of a large country like India with overcrowding is that some people will always slip the net, wherever you put it,’’ said Dipanjan Roy, an Indian epidemiologist who has worked for the Centers for Disease Control and Prevention, and the World Health Organization.

He also worried about what he called the “let’s wait till tomorrow” attitude. Indian health officials should have put harsher quarantines into effect in February, he said.

But he and other doctors said India offered certain advantages, including a decent track record containing flu epidemics and the fact that India is the one of the world’s largest producers of generic drugs.

Antibiotics are often dispensed here without prescriptions, worrying some medical professionals. But in a situation like this, experts said it might help: Many of the people dying from the coronavirus succumb to secondary infections, and some of those can be treated with antibiotics.

Demographics also work to India’s advantage. The population here is considerably younger than in the countries worst hit, and younger people have a much better chance of weathering the virus. Another possible factor is that India’s weather is warmer — and it is about to get really hot — though that has not been clinically proved to have a major effect.

State authorities across India are now ordering the same kind of restrictions as in the worst-hit nations. Schools are shutting. So are swimming pools, gyms, athletic arenas, malls and movie theaters. Weddings and other public gatherings are being banned — though people continue to do them.

In many places it’s life as usual. In New Delhi, the capital, and other large cities like Lucknow, restaurants might be a little more deserted, but many people are still going out. There are still traffic jams, though on Monday traffic was noticeably lighter in Mumbai and commuter trains were largely empty. Online shopping services like Amazon and the digital grocer BigBasket saw a surge in orders as shoppers rushed to stock up on food and supplies without leaving their homes.

Dr. Henk Bekedam, the World Health Organization’s representative in India, said coronavirus cases in the country were all “traceable” and that there was no evidence yet of community transmission or a higher unofficial patient count.

He said India had so far managed to keep cases low by responding fast and aggressively to the coronavirus, and urging people to practice social distancing.

“I have been quite impressed with India,” Dr. Bekedam said. “From the onset they’ve been taking it very seriously.

The government has tried to get ahead of the rumors — the line from India’s prime minister, Narendra Modi, is “Say No to Panic, Say Yes to Precautions.” But some of Mr. Modi’s supporters and even officials in his Bharatiya Janata Party, or B.J.P., are confusing people.

Over the weekend, a well-known Hindu nationalist group held a cow urine drinking party, saying that the urine had medicinal properties and drinking it could ward off the coronavirus. A lawmaker in Mr. Modi’s party has uttered similar things, leaving many people wondering if it could be true. Other party leaders continue to hold large rallies, with people flocking in.

Across India, poultry markets are taking a huge hit. Many Indians believe you can catch the coronavirus from eating chicken. Wholesale chicken prices have crashed by over 50 percent as misinformation has circulated on social media that eating chicken or other meat can spread the coronavirus. Various government agencies have issued statements to assure people there is no link between the coronavirus and chicken, but it hasn’t helped.

Testing has also been a problem. Until last week, it was difficult to get tested in India for the coronavirus unless a patient showed symptoms and had traveled abroad or was close to someone who had. While South Korea has tested more than 4,800 people per million and Italy more than 1,000, India has tested around 5 per million.

But government scientists insist that India has scaled up its testing kits from 20,000 in January to now approximately one million, and that the tests are more widely available and can be processed in a few days at a network of more than 50 national labs.

Still, one doctor in Kerala lost her job this month after trying to get a patient tested.

After Dr. Shinu Syamalan, a general medicine practitioner, referred a patient who had a fever and had returned from the Middle East to the government health department, the owner of the private clinic where Dr. Syamalan worked fired her.

“The owner said people would stop coming to my clinic if they knew a coronavirus patient was here. He was very harsh to me,” Dr. Syamalan said.

The state health department refused to take the case seriously, she said, and the patient walked away untested.