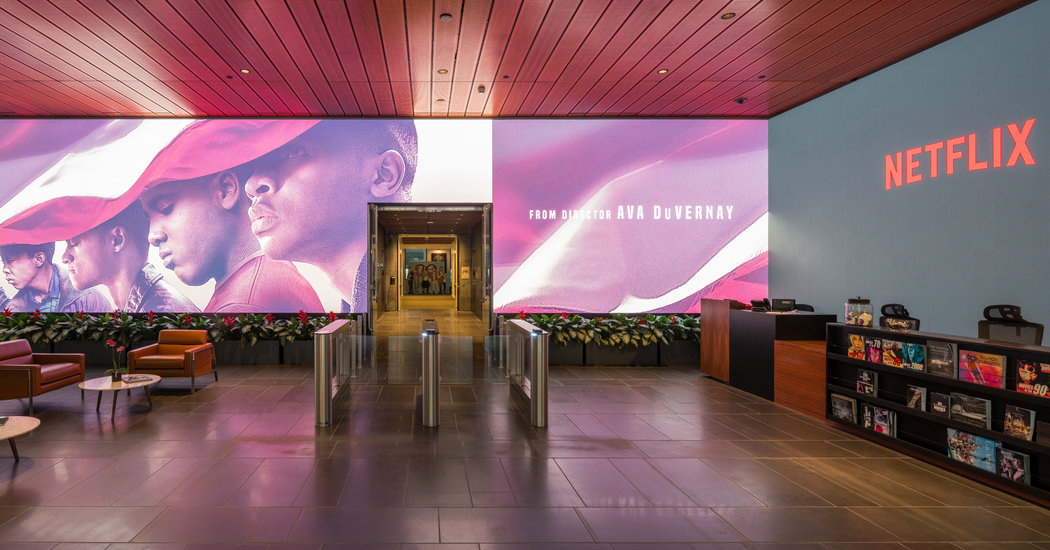 It happened around the world and now it’s happening in the United States: The more people stay home to avoid the coronavirus pandemic, the more they find themselves glued to their screens.

In South Korea, as cases spiked, television viewership shot up 17 percent, according to Nielsen. Last month in Italy, the size of the TV audience increased by 6.5 percent, with a 12-percent rise in hard-hit Lombardy.

The same trend has arrived in the United States. In the Seattle area, total television usage increased 22 percent on March 11, compared with the week before, according to Nielsen. In New York that same day, as more people started working from home, usage went up 8 percent. (Total usage, as defined by Nielsen, includes live television, on-demand viewing, streaming and gaming.)

But for media companies, the benefit of having a bigger-than-usual audience may be short-lived as the outbreak threatens to undercut the very structure of their business. With businesses scaling back workers and analysts warning of a recession as global economies slow, a significant number of viewers may decide in the coming months to break away from cable or cut back on streaming subscriptions.

The gain in audience size “will be replaced pretty quickly by the necessity of reducing monthly bills, when people will have to deal with the financial impacts of a recession,” said Craig Moffett, a co-founder of the research firm MoffettNathanson. “Cord cutting will accelerate with a vengeance.”

The Walt Disney Company, ViacomCBS and other media giants face a pivotal moment as the delicate ecosystem that protects their business — live content tied to high-cost subscriptions — erodes even faster. It started last week with the sudden disappearance of a dependable asset: sports programming.

Live sports coverage generates billions of advertising dollars and fuels television subscriptions — a combination that delivers fat profits. Now the industry is facing the postponement and cancellation of almost every major sporting event, including the Masters golf tournament, a CBS staple, as well as the remainder of the N.B.A. season and postseason, which are consistent draws for the AT&T-owned Turner channels and Disney’s ESPN and ABC networks.

The sports coverage has become critical at a time when the audience appetite for dramas and sitcoms has shrunk. Advertisers spend more than $2 billion on live games and tournaments during this part of the year, according to Kantar Media. And with LeBron James benched indefinitely, ESPN is expected to lose $481 million in N.B.A.-related advertising; for Turner, the loss will be about $210 million, according to MoffettNathanson.

In statements, ESPN and AT&T’s WarnerMedia said they were confident that they would weather the challenge, but declined to make executives available for interviews. For now, ESPN has filled the gaps by running “SportsCenter” nearly nonstop.

NBCUniversal executives have been eagle-eyed on the Tokyo Olympics ever since President Trump called last week for a possible postponement. More than $1.25 billion in advertising commitments are on the line for the network and its parent company, Comcast.

The overall TV industry calendar has also been upended, thanks to the scrapping of the upfronts, the annual schmooze-fest of advertisers, television executives and prime time stars.

Instead of locking in ad deals over canapés and cocktails after splashy presentations at Radio City Music Hall, Carnegie Hall and other New York venues, the usual attendees at this springtime gathering will have to find another way to broker the roughly $20 billion in marketing agreements for the 2020-2021 season.

“We’ll miss Carnegie Hall and our agency dinners this year,” Jo Ann Ross, the head of advertising sales at CBS, said in a statement, adding, “We won’t miss a beat.”

Brian Wieser, the head of analysis and research at the media buying giant GroupM, wondered about the possible long-term effects of the pandemic on the industry. “Will lack of advertising demand in the spring make it so pent-up that when the upfronts are being negotiated, advertising will come back rapidly, or does it go away forever?” he said. “Right now odds don’t look great, but nobody really knows.”

At a time when millions of isolated people are likely to tune in, the media industrial complex is grinding to a halt — and it is unclear when it will start back up again.

Warner Bros. has halted production on more than 70 television series. Netflix has suspended production on all scripted series and films in the United States and Canada for at least two weeks.

Most late night talk shows, a major profit center for broadcasters, have announced that they will go dark through at least March 30. (On Monday, Stephen Colbert broke the late night silence with surprise homemade segments filmed from his bathtub.) “Saturday Night Live” announced on Monday that it was halting production indefinitely, with six episodes to go in the current season.

Other programs shot before live audiences will not be affected. The current season’s remaining episodes of NBC’s “Ellen’s Game of Games” and Fox’s “The Masked Singer” are already in the can, as are the next six weeks of NBC’s “The Voice.” But a question mark hangs over the final episodes of “The Voice” — episodes that, in previous years, have been shot live before a studio audience.

The suspensions call into doubt the industry’s push into live and event-based content, a strategy designed to create programming that’s not easily replicated on the web. “It looked like a good bet until two weeks ago,” Mr. Moffett said. “Now these companies look like they’re in the wrong place at the wrong time.”

Netflix, Hulu, Amazon Prime Video and Disney Plus are likely to see a “surge” in viewership, now that traditional television has lost some of its “most valuable content,” said Matthew Ball, a media executive and former head of strategy at Amazon Studios.

Disney took advantage of the newly homebound by releasing its animated hit “Frozen 2” on Disney Plus three months earlier than planned. In a break from Hollywood’s standard practice, Universal announced on Monday that it would make its films available for rental via streaming the same day as their theatrical releases.

Soon-to-launch platforms could attract more viewers than expected during the nightmarish pandemic situation. Peacock, NBCUniversal’s streaming service, has an April 15 start date. AT&T’s HBO Max is set for a May debut. Quibi, the short-form content service from Jeffrey Katzenberg and Meg Whitman, is scheduled for an April 6 launch.

“This might not last, but it gives them all a much better and lower-cost shot at proving their value to audiences,” Mr. Ball said.

The streaming players may find themselves in a price war. “Cost will become that much more urgent,” Mr. Moffett said. “There are going to be very large parts of the population out of work.”

The chaotic events of recent days suggest the futility of predicting what will happen next as the virus creeps into previously unaffected areas. A CNN presentation for advertisers held on March 5 — less than two weeks ago — seems almost quaint in retrospect.

It took place at the network’s new headquarters in Manhattan’s Hudson Yards complex. The room was so packed that some advertisers had to be seated in an overflow area.

In front of the crowd — after the anchor Anderson Cooper quipped that he had “shaken, like, 50 hands today” — the CNN president Jeff Zucker asked the network’s chief medical correspondent, Sanjay Gupta, if it was “OK for these folks to go to a room of about 250 people.”

“No,” Mr. Gupta answered half seriously, to laughs from the crowd.