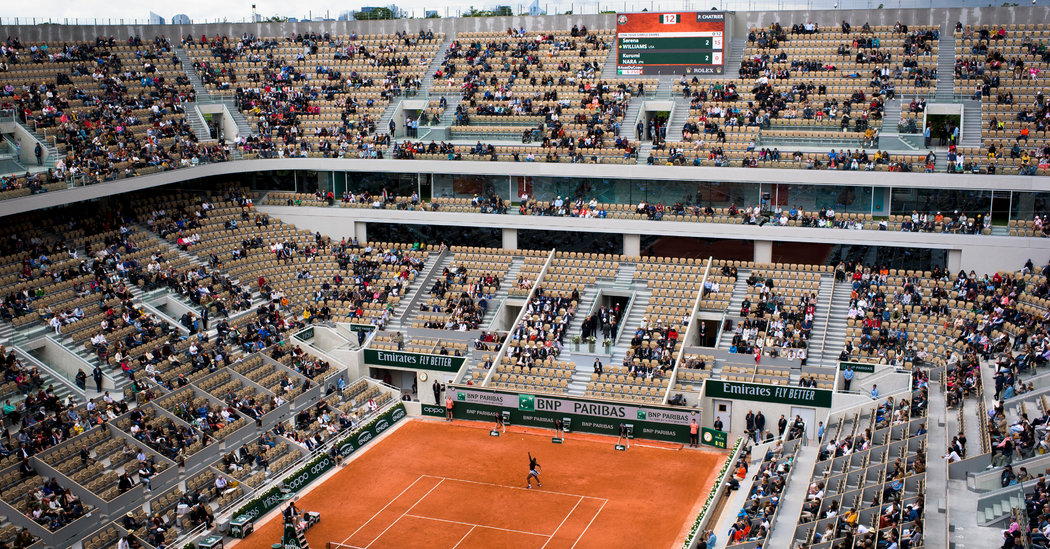 The French Open, one of the four Grand Slam tournaments that define success in tennis, will be postponed until September because of the coronavirus.

French Open organizers announced the decision on Tuesday in the midst of a wide lockdown in France aimed at limiting the spread of the virus.

The tournament, the premier clay-court event in the world, was scheduled to be played from May 24 to June 7. Tournament organizers said they have shifted those dates to September 20 to Oct. 4.

“The current confinement measures have made it impossible for us to continue with the dates as originally planned,” tournament officials said in a statement.

The shift puts the French Open after the United States Open, which had been the last Grand Slam tournament scheduled for 2020.

“We have made a difficult yet brave decision in this unprecedented situation, which has evolved greatly since last weekend,” Bernard Giudicelli, the president of the French Tennis Federation, said in a statement. “We are acting responsibly and must work together in the fight to ensure everybody’s health and safety.”

Though it’s unclear when any major sporting events will be able to return, Wimbledon is the next Grand Slam tournament, scheduled from June 29 to July 12. It is followed by the U.S. Open from Aug. 24 to Sept. 13.

If things stay as currently scheduled, the French Open would begin just six days after the U.S. Open men’s final: a historically quick turnaround between major tournaments and a particularly challenging one because of the change in surfaces.

The U.S. Open is played on hardcourts while the French Open is contested on red clay, which requires different footwork and tactics. Players generally make a more gradual transition to each surface.

But French Open organizers were intent on preserving this year’s edition of their tournament after investing heavily in expansion and renovation in the last several years. This is to be the first year of use for the new retractable roof over the main court, the Philippe Chatrier Court, which will allow for night sessions and play during rain.

“The French Tennis Federation was keen to maintain the 2020 tournament,” organizers said in a statement.

The French Open announced that any tickets already purchased would be refunded or be permitted to be exchanged, though it did not offer specifics on how that would take place.