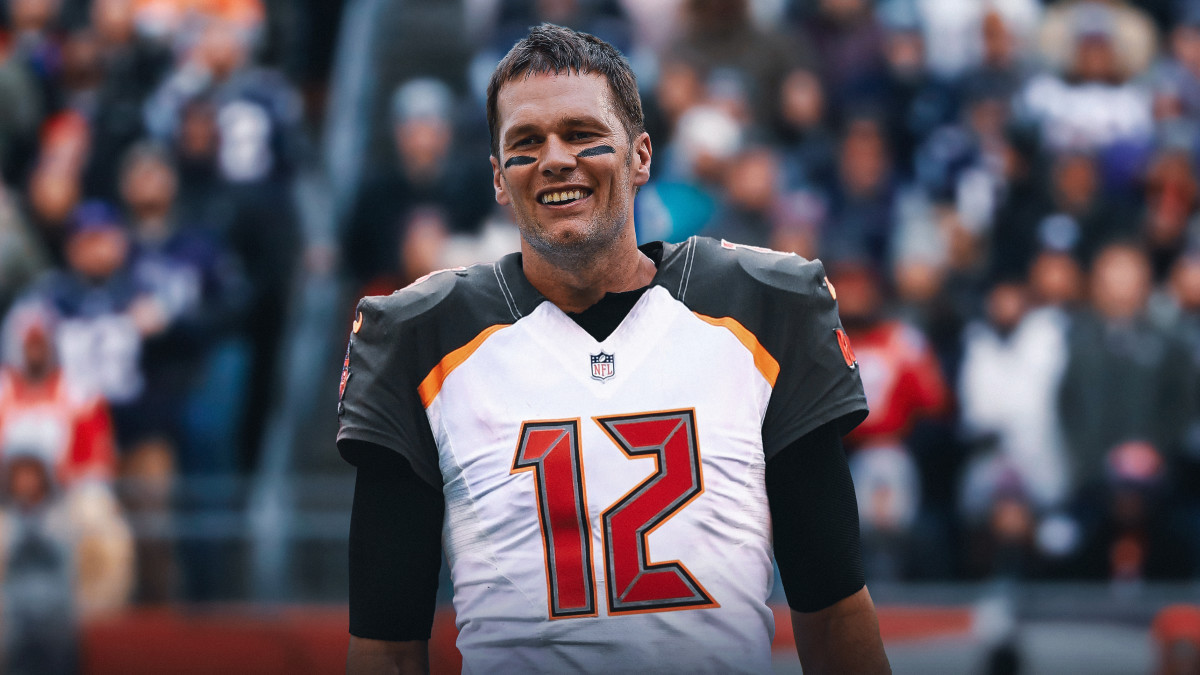 It feels surreal to say, but it looks like Tom Brady is going to suit up for the Tampa Bay Buccaneers in 2020. The no-doubt, first-ballot Hall of Famer has spent his entire illustrious, six-time Super Bowl-winning career with the New England Patriots. He’ll now shoot for No. 7 with a new team in a new conference.

This is a tremendous coup for the Buccaneers, but it’s also a great fit for Brady. Aside from brief stints, the offensive weapons around Brady in New England have been lacking, more often than not. He’s played behind strong offensive lines and got to enjoy the benefits of elite defensive play at times, but he’s never really had elite play-making wide receivers aside from Randy Moss for approximately 3.5 seasons. He did have a fellow future Hall of Famer at tight end in Rob Gronkowski, but no one would accuse New England of having an embarrassment of pass-catching riches throughout Brady’s tenure.

Now he heads to Tampa Bay with an offensively-minded head coach in Bruce Arians, two star wide receivers in Mike Evans and Chris Godwin, and a talented-but-underperforming tight end in O.J. Howard. He’ll also get to play behind a line that graded out as Pro Football Focus’ No. 7 unit in 2019 (the Patriots ranked No. 10). All that is to say I expect a significant boost in fantasy value for Brady in 2020.

Brady technically finished as a QB1 last season in total points, finishing 12th with 255.8. However, that was just because he stayed healthy all year. If we evaluate him on a per-game basis, he finished as the QB16 with an average of 17.1 fantasy points per game. He’s soar by that this season.

Don’t look! Tell me how many catches Brady’s No. 2 WR had in 2019 (Julian Edelman had 100). Still thinking? Wrong! It’s much lower than that. Phillip Dorsett caught the second-most passes among Patriots wide receivers. He caught 29 balls. Yes, 29. Aside from Edelman and running back James White (72 receptions), there was no other option. He won’t have that issue in Tampa Bay.

Is Evans covered? Cool, he’ll throw it to Godwin, who emerged as a fantasy superstar with 86-1,333-9 in 14 games last season. Is Godwin covered in the slot? Cool, he can throw it to Evans who is one of just two players in NFL history with six consecutive 1,000-plus yard seasons to begin a career. In the unlikely event that both players are covered, maybe Brady can revitalize Howard’s career, a former first-round pick. Howard caught 11 touchdowns over his first two seasons in the NFL, but caught only one in 2019 and didn’t take any steps forward in his progression.

The Buccaneers have high hopes for running back Ronald Jones in his third NFL season. If he runs they way he did the last couple weeks of the season, there should be enough run/pass balance to effectively execute the play-action passing game. Tampa Bay still needs to upgrade the pass-catching back role, but that can be done later in free agency or through the draft.

Brady hasn’t been a Top 10 fantasy QB since 2017, but he certainly will be in that territory again this coming season with the Buccaneers. The elite group of pass-catching weapons around him, a head coach that wants to throw, and a young team that’s already ascending is a concoction for success for Brady, for the Buccaneers organization and for fantasy managers. If I had to rank him right now, I’d have Brady as my QB7 for the 2020 fantasy season.

Both players were discussed earlier, but here’s a final note. Both Evans and Godwin finished as top-five wide receivers on a per-game basis last season. They should be able to replicate similar success in 2020. I’d err on the side of being a little more conservative and saying they’ll both be WR1s, but not both rank within the top five.

The Buccaneers threw the fourth-most pass attempts in the NFL last season, averaging 39.4 per game. A lot of that was out of necessity because of the amount of turnovers and pick-sixes Jameis Winston threw. Arians’ Cardinals teams averaged about 36.9 pass attempts per game when he was the head coach there.

If the offense is running smoothly, I expect the Buccaneers to be around 37-38 pass attempts per game. That’s more than enough for everyone to be extremely productive, but it will limit how many top-five pass-catchers Tampa Bay can actually have. That being said, both Godwin and Evans should be drafted as WR1s in the very early portion of the second round.