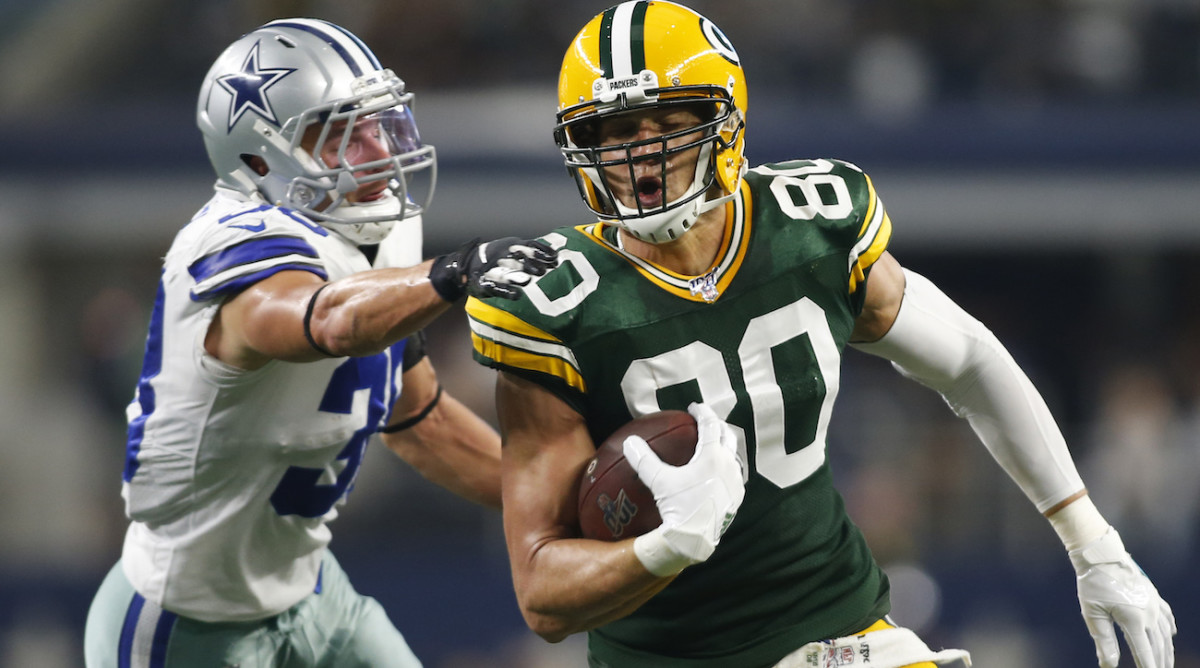 After spending the last two seasons in Green Bay, Jimmy Graham is now a member of their NFC North rival in Chicago. The 33-year-old veteran signed a two-year, $16 million contract with the Bears after getting released by the Packers in early March.

The 6-foot-7 tight end is a shell of his former dominant self and has seen a steady decline in productivity the last few seasons. In 2019, he finished the year with 447 yards and three touchdowns which came off 38 receptions. His yardage and catch totals last season were the second lowest of his career, with the lowest coming during his rookie season in 2010.

The Trey Burton experiment in Chicago hasn’t gone as planned. After signing the now 28-year-old tight end to a four-year, $32 million contract ($22 million guaranteed), Burton finished his 2019 season with just 84 yards on 14 catches with zero touchdowns in eight games. He spent the second half of the season on Injured Reserve due to a hip injury that ultimately required surgery.

With Burton recovering from surgery, the Bears apparently think Graham can fill in or perhaps even take over as their starter. As for who will be throwing him the ball, that question remains a mystery. For now it’s Mitch Trubisky, but the Bears are rumored to be interested in acquiring a free agent or trading for a new passer to compete with Trubisky or push him to the bench.

For 2020 fantasy football purposes, Graham is nothing more than a late round dart-throw. Let someone else in your league overdraft him based on his name and reputation from the early 2010s.