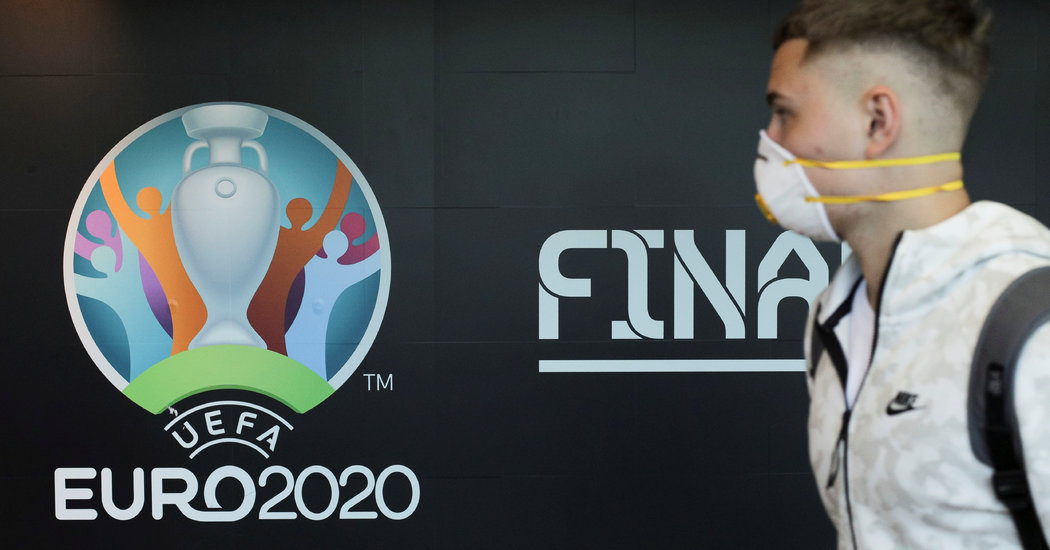 The president of UEFA, Aleksander Ceferin, had led a conference call on Tuesday from his home in Slovenia, which included leaders of trade bodies for the top leagues and the clubs, as well as representatives from the global players’ union, FIFPro. That was followed by a second call with officials from Europe’s 55 national federations — many of which are heavily reliant on the money UEFA generates largely from the European Championship. The decision to postpone was finally decided via an exchange of emails between members of UEFA’s executive committee.

During the meeting it was decided to set up two separate working groups. One will deal with the complex calendar modifications required, and a second will discuss how to handle the inevitable financial consequences of the postponement.

Canceling the Euros — an event that UEFA had expected to generate more than $2.5 billion and one for which organizers had already received about 30 million ticket requests — is a complicated matter. The tournament was to be played in multiple venues, from Azerbaijan to Ireland, with the semifinals and final at Wembley Stadium in London. That meant agreeing to contracts with several different regional and national governments, and dedicating about 400 UEFA staff members to the event.

Before Tuesday’s decision, UEFA officials had combed through various contracts and spoke with other main stakeholders, including broadcast partners, to make sure that postponement would not expose the organization in an unexpected way. Still, the decision is likely to cost the governing body millions in lost revenue.

Domestic soccer took priority in the end because of the possibility of insolvency and the potential impact on the wider soccer economy — especially for players and officials not contracted to the biggest and richest teams. Estimates for Germany alone indicate that more than 60,000 people are employed directly through the sport.

The decision also allows clubs to take stock of the repercussions of the virus, which has already led to some of the highest-profile players and teams being placed in isolation, including the 13-time European club champion Real Madrid, the Italian giant Juventus and a quarter of the clubs in the English Premier League. Some federation officials have also announced that they have contracted the virus.

For several weeks there had been a confused response from the soccer world, with some games being played as though nothing had changed, while others were moved behind closed doors, until finally there was no option to play on. The Premier League in England, the sport’s richest domestic league, was among the last to act.