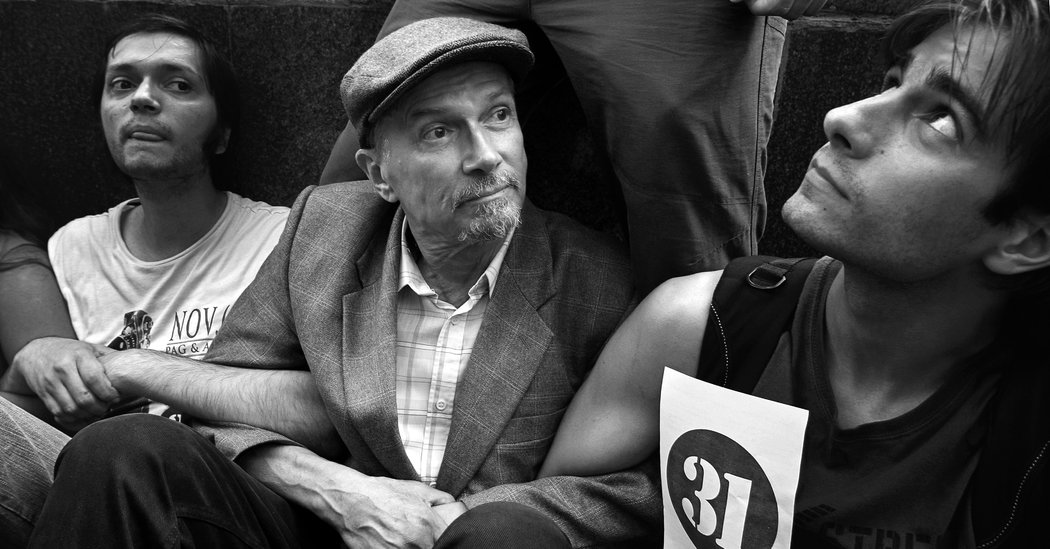 In 1974, he said, the K.G.B. offered him a choice — “rat out your degenerate friends or go into exile.” That’s when he left, going to Vienna and Rome before landing in New York.

The protagonist of “It’s Me, Eddie,” which is based on his early years in New York, had a down-and-out arrogance. “I receive welfare,” Eddie announces early on. “I live off your labor.”

“I have no shame or conscience,” the character says later, “therefore my conscience doesn’t bother me and I don’t plan to look for work, I want to receive your money to the end of my days.”

Mr. Limonov, though, encountered some kindred spirits during the mid-1970s.

“In New York I found the same kind of people — nonconformists, painters, poets, crazy underground musicians — that I had left in Moscow,” he told The Guardian in 2010.

Mr. Limonov’s fortunes changed later in the decade when he was hired as a housekeeper by Peter Sprague, who was co-chairman of the carmaker Aston Martin at the time. But Mr. Sprague told The Times in 2008 that “His Butler’s Story” wasn’t a particularly accurate portrayal of Mr. Limonov’s tenure with him.

“It was as if Hunter Thompson had written ‘The Nanny Diaries,’” he said.

By 1982 Mr. Limonov was living in France, where he enjoyed some acclaim in literary circles. When the Soviet Union collapsed, his Russian citizenship was restored, and he returned to his home country. For a time he was an incongruous ally of Garry Kasparov, the chess master, who advocated a pro-Western liberalism that was at odds with the National Bolsheviks. Mr. Limonov was certainly no fan of the West.

“Europeans are so timid, they remind me of sick and elderly people,” he told The Guardian, adding: “In Russia, fortunately, the people still have some barbarian spirit. But Europeans and Americans are just dying, sick invalids.”