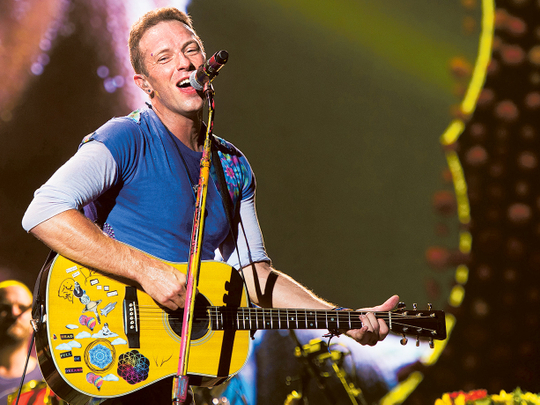 The ‘Together At Home’ initiative, in conjunction with the World Health Organisation and Global Citizen, has also roped in John Legend for a private performance. Fans of the EGOT (Emmy, Grammy, Oscar and Tony) awards winner who missed out on his performance in Dubai earlier this year, still have time to catch his Instagram concert live.

“My friend Chris Martin did a lovely little concert from home today. I’ll be doing one tomorrow at 1pm Pacific time. See you soon. We’ll try to get through this together! #TogetherAtHome,” tweeted Legend.

He further added: “Requests will be accepted. And let me know which other artists I should pass the torch to.”

In case you are wondering, Legend will perform live tonight at midnight (March 18) UAE time.

His wife Chrissy Teigen also tweeted she will be present at the live concert on social media, to which Legend added: “Chrissy Teigen has confirmed that she too will be there. Who knows what awesomeness and hilarity will come from her presence!? Tune in to my Instagram Live at 1pm pacific/4pm eastern/do the math for the other time zones please. See you soon!”