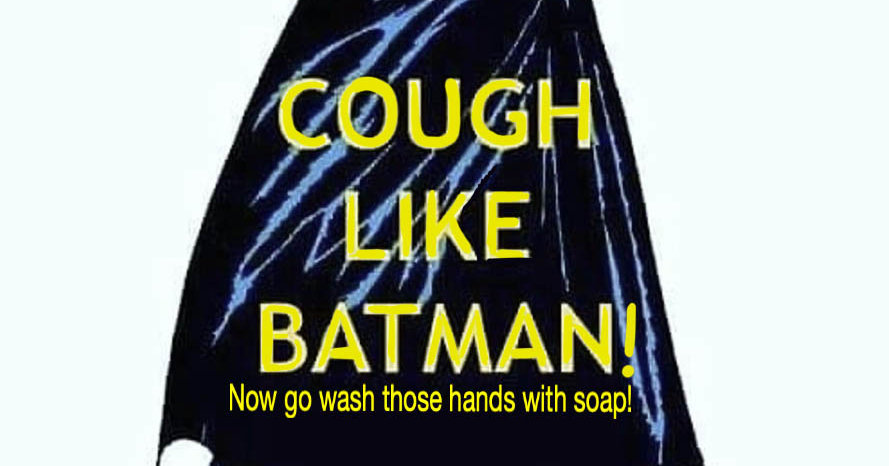 As effects of the coronavirus are rippling through the economy, including at bricks and mortar stores, comic book writers and artists are rallying online to offer activities for those staying at home. They are offering scripting lessons, art activities and even posting some of their own public service announcements.

And on Tuesday, Diamond Comic Distributors announced that it was allowing stores to sell new issues immediately, instead of having to wait until Wednesday, traditionally the day new comic books come out. Morgan Perry of Boom! Studios was using Twitter, meanwhile, to compile a list of retailers who were resorting to curbside pickups, home delivery, or snail mail.

Among the creative opportunities for those staying home is an effort by the artist Will Sliney, who is based in Ireland. He began using his Twitter account last week to encourage kids to draw. “I’m going to set an art challenge each day and I’d love to see the drawings that people do,” he announced on the first day, on which he asked participants to draw Spider-Man. On Tuesday, the challenge was to draw a favorite Irish person. (Sliney drew the Irish rugby player Peter Stringer.)

If writing is more your cup of tea, check out Paul Allor and Gail Simone on Twitter. Allor, the writer of a G.I. Joe series for IDW, is offering some free comics and also “Free Script Critiques During Social Distancing,” with a focus on beginners. He said he received many more submissions than expected. “So I’m making it a more long-term project over the next month (instead of the next week as planned),” he said in an interview via Twitter on Tuesday. “I’m reading the first scripts today and hoping to start the Skype feedback sessions tomorrow.”

Simone, who has written for DC, Marvel and just about every other company, is offering #comicsschool on Twitter — five days of lessons on writing comics. Those lessons, which end on Wednesday, are being archived so new students can catch up at any time.

The opportunity for outreach had special meaning for Simone, who grew up in a rural area and was told her dream of being a writer was “unrealistic.” She was discovered online, and this is her chance to help others like herself, she said in an interview via Twitter. “It is always in the back of my head that there are thousands of people, maybe millions of people, who have desire and talent and ambition, but lack a support system,” she said.

Then there is Jimmy Palmiotti, a writer and inker of many comic books. He is offering a different kind of advice on his Twitter feed: tips for safety and how to relieve stress. He saw the “Cough Like Batman” image making the rounds and added, “Now go wash those hands with soap!”