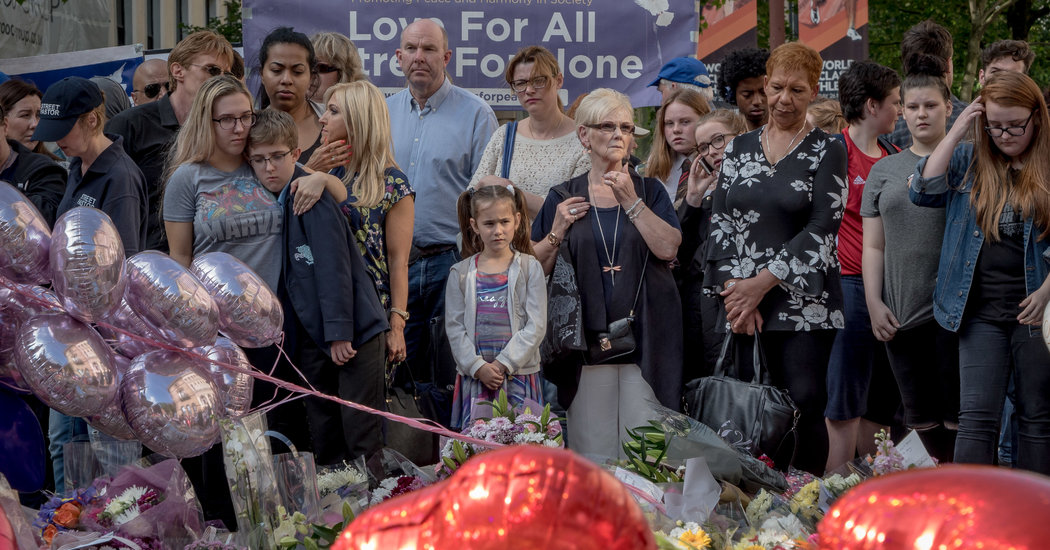 LONDON — A jury in Britain on Tuesday convicted the brother of a suicide bomber who killed 22 people at an Ariana Grande concert in Manchester in 2017, finding him guilty on all 22 counts of murder for his role in planning and executing the attack.

The man, Hashem Abedi, was the brother of Salman Abedi, the man who detonated a vest laden with explosives, killing children, teenagers, and parents waiting to pick them up after Ms. Grande’s concert at Manchester Arena in northwestern England. More than 235 people were injured in the bombing, one of Britain’s worst recent terrorist attacks, and hundreds of others suffered psychological damage.

The jury took four and a half hours to find Hashem Abedi guilty on all of the murder charges, along with one count of attempted murder and one count of conspiracy to cause an explosion. A murder conviction carries an automatic life sentence, prosecutors said.

“Hashem Abedi encouraged and helped his brother knowing that Salman Abedi planned to commit an atrocity,” Max Hill, director of public prosecutions, said in a statement. “He has blood on his hands even if he didn’t detonate the bomb.”

Mr. Hill said he hoped Mr. Abedi’s conviction would give the victims’ families “a sense that some justice has been done.”

Mr. Abedi had pleaded not guilty to all 24 counts, but he offered no evidence or testimony during six weeks of proceedings, stopped participating in the trial and, ultimately, stopped attending.

The brothers used three addresses in Manchester to prepare for the attack, the Manchester police said: one as a delivery address for the chemicals, a second to manufacture the explosives and a third to build the final version of the bomb.

Hashem Abedi, 22, was born in Britain but is originally from Libya. He was extradited from Libya to Britain in July.

Mr. Abedi and his older brother had left Britain for Libya about a month before the May 22, 2017, attack. Salman Abedi, three years older than his brother Hashem, flew back to Britain four days before the Manchester attack.

Although Hashem Abedi remained in Libya at the time of the attack, he knew of his brother’s plans and helped him carry them out, prosecutors told the jury.

Jurors also heard that Hashem Abedi had used some household items to make early prototypes of the bomb, and that the brothers had bought a car, which they then used to store bomb-making equipment, two days before flying to Libya.

Soon after the attack, the Islamic State claimed responsibility. Intelligence officials said later that Salman Abedi, while in Libya, had met with members of an Islamic State unit linked to the 2015 Paris terrorist attack.

“Salman Abedi exploded the bomb which caused this devastation, but people now know that this horrific attack was planned with his brother, Hashem Abedi,” Russ Jackson, assistant chief constable of the Manchester police, said in a statement, adding that Mr. Abedi was “every bit as guilty” as his brother.

“He was his brother’s driver, the quartermaster sourcing deadly material and the munitions technician in those months running up to the attack,” he added.

Figen Murray, the mother of Martyn Hett, a young public relations manager from Stockport who died in the attack, said that though the verdict brought her “comfort to know the British justice system has played its role,” it did not give her closure, the BBC reported on Tuesday.

Still, the victim’s father, Paul Hett, said that the guilty verdict offered “an overwhelming sense of justice,” according to the BBC.