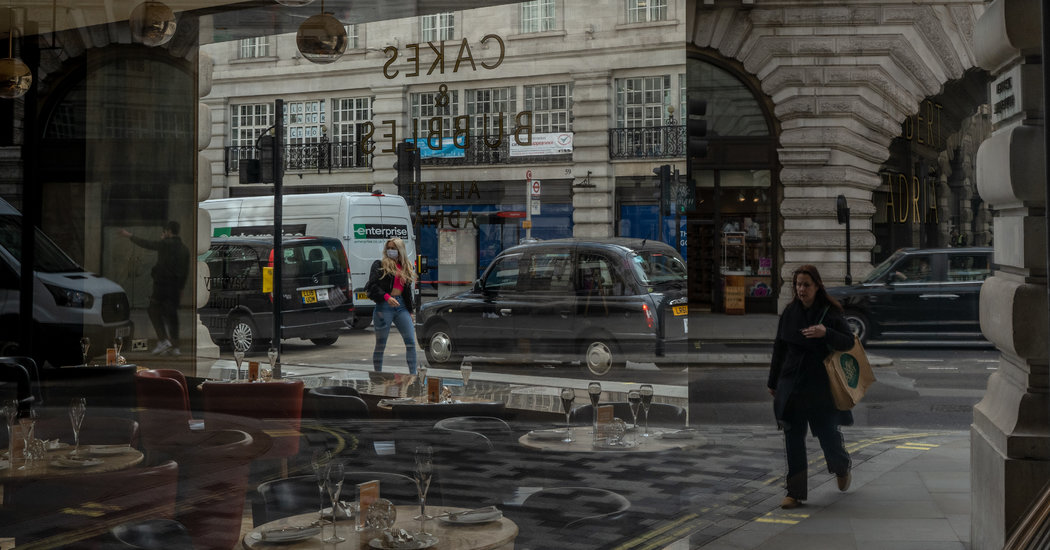 LONDON — When Boris Johnson was campaigning for Britain to leave the European Union in 2016 — a path that many experts warned would end in disaster for the country — one of his close allies, Michael Gove, famously declared that “people in this country have had enough of experts.”

Now, Mr. Gove and Mr. Johnson are leading the British government as it confronts the calamity of the coronavirus, and Mr. Johnson, now the prime minister, insists the process is being guided by experts. The trouble is, those experts can often disagree with each other or change their minds about the right course of action.

That messy back-and-forth has been on vivid display this week with the publication of a startling new report on the virus from a team at Imperial College in London. The report, which warned that an uncontrolled spread of the disease could cause as many as 510,000 deaths in Britain, triggered a sudden shift in the government’s comparatively relaxed response to the virus.

American officials said the report, which projected up to 2.2 million deaths in the United States from such a spread, also influenced the White House to strengthen its measures to isolate members of the public.

Imperial College has advised the government on its response to previous epidemics, including SARS, avian flu and swine flu. With ties to the World Health Organization and a team of 50 scientists, led by a prominent epidemiologist, Neil Ferguson, Imperial is treated as a sort of gold standard, its mathematical models feeding directly into government policies.

But outside experts pointed out that the report’s alarming conclusions — that the virus would overwhelm hospitals and that governments had no choice but to impose radical lockdown policies — had been made in previous reports on coronavirus or on social media sites devoted to the outbreak.

“A lot of it is not what they say, but who says it,” said Devi Sridhar, director of the global health governance program at Edinburgh University. “Neil Ferguson has a huge amount of influence.”

Imperial College, experts noted, was part of the advisory group for the government’s now-abandoned strategy, which played down radical social distancing and accepted that the infection would spread through the population. The theory is that this would build up so-called “herd immunity,” so that the public would be more resistant in the face of a second wave of infections next winter.

But such a strategy, the report noted, would lead to a flood of critically ill patients in a country without enough beds. Instead, it said, Britain needs to pursue “suppression,” which involves far stricter lockdowns, like the closing of schools and the quarantine of infected people and their families. That would drive down the number of cases and spread out the flow of patients over a longer period, allowing hospitals to cope.

Dr. Ferguson has been candid that the report reached new conclusions because of the latest data from Italy, which has seen a spiraling rate of infections, swamping hospitals and forcing doctors to make agonizing decisions about who to treat.

“The U.K. has struggled in the past few weeks in thinking about how to handle this outbreak long term,” Dr. Ferguson said in an interview on Monday, just after the report was released. “Based on our estimates and other teams’, there’s really no option but follow in China’s footsteps and suppress.”

The report added, “this conclusion has only been reached in the last few days, with the refinement of estimates of likely ICU demand due to COVID-19 based on experience in Italy and the UK.”

But other experts said the burden on hospitals was clear as far back as the original outbreak in Wuhan, China. Lancet, the British medical journal, published an article in January, based on studying a small group of patients, which found that a third of people had to be admitted to intensive care units.

“I can’t help but feel angry that it has taken almost two months for politicians and even ‘experts’ to understand the scale of the danger from SARS-CoV-2,” said Richard Horton, the editor-in-chief of Lancet, on Twitter. “Those dangers were clear from the very beginning.”

Some said governments should treat the report’s projections about suppression policies with the same caution. It says social distancing measures might have to be imposed for 18 months or more, until a vaccine is developed and tested. But the report acknowledges this is uncertain, given the possibility of drug treatments and the mystery of how the virus is transmitted.

After days of confusion about the wisdom of encouraging “herd immunity,” the government sought to play down the dispute, arguing that this was not a deliberate part of its strategy but a byproduct of it. But it shifted to a policy of urging people not to go to pubs, restaurants, theaters or museums.

On Tuesday, the government’s chief scientific adviser, Sir Patrick Vallance, said he expected these new, more stringent restrictions to last for months — and that the authorities would have to monitor very carefully what would happen when they are eventually lifted.

British officials recognize that their health service faces a moment of truth. All non-urgent operations in England will be postponed for at least three months, starting April 15, to free up 30,000 beds to help tackle the coronavirus.

Britain lags behind other European nations in its supply of ventilators. Plans are underway to ramp up their numbers from over 8,000 to 12,000, though officials are reluctant to promise that even this is sufficient.

Underscoring the change in tone, Britain’s finance chief, Rishi Sunak, announced a gargantuan fiscal stimulus to salvage reeling British businesses and to try to stem job losses. The package, worth £330 billion, or $422 billion, will include government-backed loans and tax breaks for companies and a three-month break in mortgage repayments for strapped homeowners.

“We have never in peacetime faced an economic fight like this,” said Mr. Sunak, who also promised support for airports and airlines in the coming days, after Britons were advised against all non-essential travel.

Mr. Johnson hinted on Tuesday that schools could be closed soon. But he still faces criticism for a lack of clarity, including his decision to urge people to avoid pubs and restaurants but not to order their closing. In fact, the government now intends to relax laws to allow pubs to stay open and produce takeout food.

To Mr. Johnson’s embarrassment, one of those promising to visit his local pub was his own father, Stanley Johnson.

Sheri Fink contributed to this report from New York.