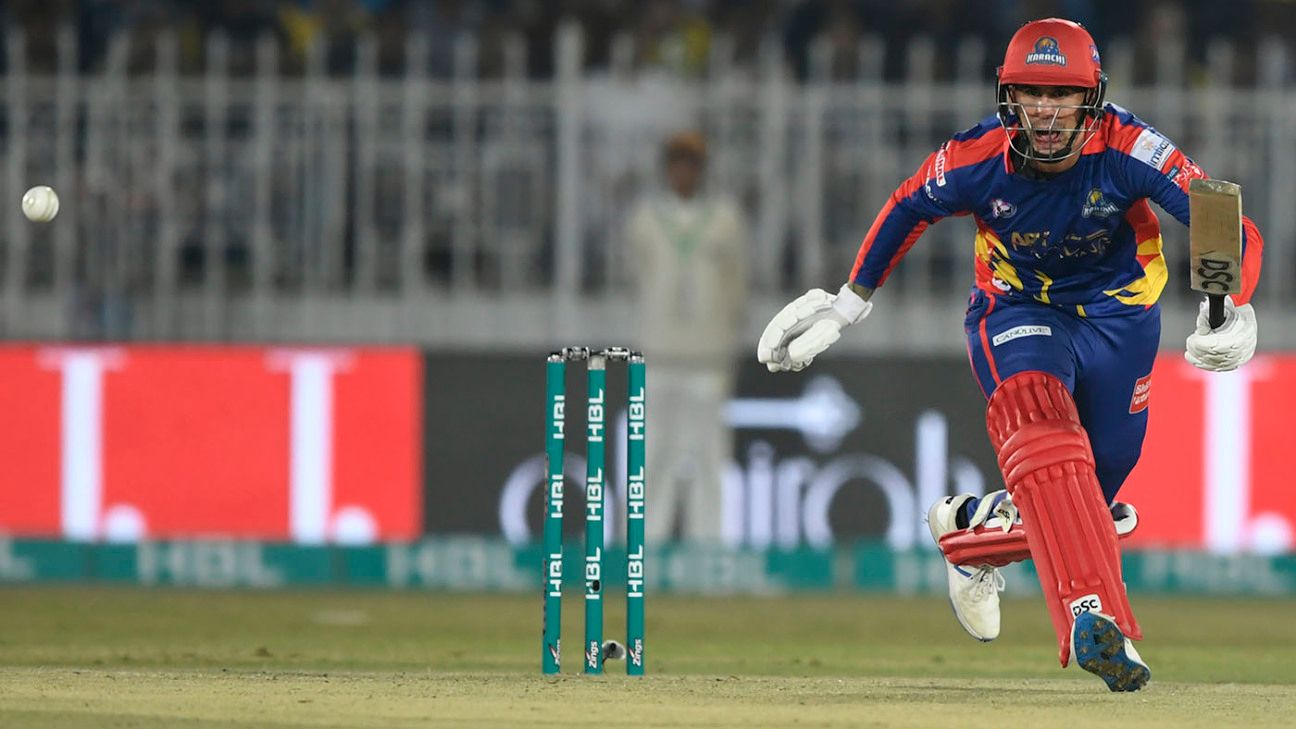 Alex Hales has confirmed he is self-isolating at home after developing symptoms of COVID-19 (novel coronavirus) following his return from the Pakistan Super League.

The PSL’s organisers confirmed on Tuesday morning that the competition’s semi-finals and finals had been postponed indefinitely after a player had shown symptoms of the virus. PCB chief executive Wasim Khan said “we cannot reveal the identity of that player”, but Ramiz Raja, who has been commentating on the tournament, told reporters: “Alex Hales has developed symptoms.”

Raja’s comments led to inaccurate speculation that Hales had tested positive for the virus, which he denied in a statement.

“In the light of the speculation and rumour that is currently circulating within the cricket world and on social media, I felt I needed to give a full explanation of my situation,” Hales said.

“Like many other overseas players, I reluctantly left the Pakistan Super League early because, with COVID-19 reaching global pandemic status, I felt it was more important to be with my family rather than face a period of lockdown thousands of miles from home.

“At this stage, it has not been possible to be tested although I am hopeful that might be the case later today [Tuesday] so that I can get absolute confirmation of my current health status.”

The Guardian reported that Hales spent Saturday socialising with Tom Curran after returning from Pakistan, but that Curran is not one of the six Surrey players confirmed by the club to be in self-isolation on Monday.

All the players and officials of the four teams to have qualified for the PSL semi-finals, as well as broadcasters and staff involved with the games, will be tested for the virus following the competition’s postponement.

Salman Iqbal, the owner of Hales’ franchise Karachi Kings, told ESPNcricinfo: “I have been asking for it to be postponed for the past two days, as we [PSL] was the only cricket going on. But, anyway, it’s a very good decision by the franchise owners and the PCB management.”