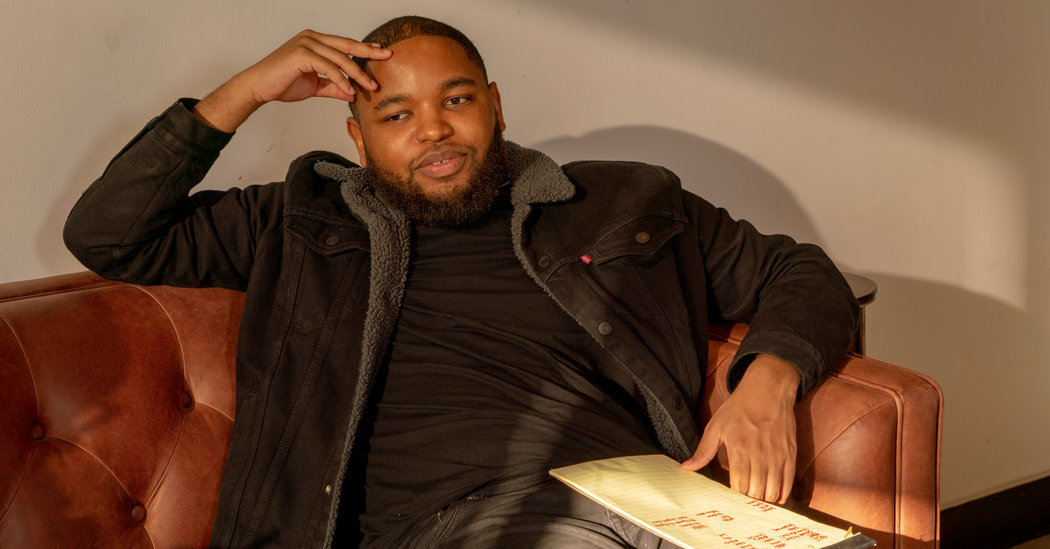 A federal trial last spring made a compelling case that several of the most successful college basketball teams in America thrive on illicitly paying top dollars to top recruits.

Only small fry stood trial, a small set of fixers and assistant coaches. No charges were brought against head coaches, not even those whose actions were called into question because of the investigation, a group that included Sean Miller of Arizona, Will Wade of Louisiana State and Bill Self of Kansas. Those same coaches then waxed indignant for the news media, insisting they would never break the rules.

Along comes Christian Dawkins to wreak a peculiarly 21st century revenge on those preening coaches and federal prosecutors. Dawkins was a middle man and a scout for a top N.B.A. agent, and he was among those convicted.

Now Dawkins, a preternaturally composed young man whom I have written about several times, reappears as a star of “The Scheme,” an HBO Sports documentary directed by Pat Kondelis that was available to reporters on Tuesday and will air for the first time on March 31. The film exposes the septic tank that is college basketball, and the coaches and university officials who claim not to notice the stink.

“These schools make millions and the coaches know what is going on, but I buy hamburgers for parents and players and that’s illegal?” Dawkins told me in January.

The Dawkins who appears in the documentary is the same man who took the stand in federal court last year, which is to say a dude who speaks with striking candor. Did he pay the families of players in violation of N.C.A.A. strictures? Yes. Did coaches and officials know what was happening? Oh yes.

“We were definitely not the most ethical people in the world,” Dawkins says in the film.

This documentary presents delicious recordings of coaches talking oh-so-frankly of cash-on-the-barrel recruiting. And its strength lies in its strand-pulling, building a narrative that allows viewers to make sense of the recruiting game.

If you are an alumnus, or even just a fan, of Arizona, L.S.U. or Kansas — or, if we’re honest, most universities — and tempted to close your eyes, clap your hands over ears and deny your coach knew anything, this documentary arrives like a cold shower.

Miller now pretends to know Dawkins only in passing. But he can be heard on F.B.I. recordings cursing like an old friend of that same young man, talking about recruits and the coaches he competes against. This audio, collected through wiretaps, was not used at the trial and is presented here publicly for the first time.

Miller’s assistant coach Book Richardson is heard saying that Miller paid top dollar to secure the services of Deandre Ayton, a center who became the first pick in the N.B.A. draft. “Sean’s the one that fronted the deal,” Richardson says.

Miller has waved off that claim as calumny, even though Richardson served as Miller’s faithful No. 2 for more than a decade at Xavier and Arizona.

On another recording, which has never been heard publicly and remains under a judge’s seal, Dawkins listens as Wade, the L.S.U. coach, boasts with an expletive of a “strong” offer to a recruit, with the dollar value apparently tilted toward the family. “I know why he didn’t take it. It was,” Wade said, “tilted toward his family.”

This offer, Wade added a touch hyperbolically, would “compensate him more than” the N.B.A.’s rookie minimum salary.

Miller later talks with Dawkins and gives Wade an appreciative nod, saying he is driving up the costs of recruiting. “I’ll tell you what, I give him credit,” Miller said, adding a vulgarity.

Wade has several times in the past few years put on ready-for-Broadway-performances for reporters, describing damning reports as completely false and adding that reporters did not know the whole story. No doubt he is correct on the latter point, although perhaps not to his advantage. In 2019, L.S.U. officials finally suspended him for 40 days before bringing him back into the fold.

To forgive is divinely good business.

Let’s pause. We should not compound the mistake of federal prosecutors. Sentencing Dawkins and Richardson to prison time was absurd, and little is to be gained from making felons of these head coaches.

It would be splendid, however, if the coaches — all of whom earn salaries of at least $2.5 million per year — broke with their Omertà and urged the N.C.A.A. to remove its blinders and allow players to get paid.

Dawkins is the star of this documentary. He grew up in Michigan’s fertile basketball crescent, which runs from Saginaw to Flint to East Lansing. His father was a coach, and Dawkins started a website that assessed Michigan recruits, to which many coaches subscribed.

Only later did they discover its proprietor was 12 years old.

He became expert at the recruiting game that goes on in hundreds of gyms across the nation. The sooner a top prospect is spotted, the better. Ninth grade is good, middle school is better, fourth grade better still. Sneaker company money lubricates all of it.

“We were funding players and families in hopes they would sign with us,” Dawkins says in the documentary. “It’s a blood sport.”

Dawkins notes that his former boss, the N.B.A. agent Andy Miller, “had been paying players since I was born.”

“You pay $50K to make $5 million,” Dawkins explains in the documentary. “I would think people in Silicon Valley would like those odds.”

It took overly ambitious federal prosecutors to transmute this tawdry spectacle into something illegal. They came up with a pretzel theory of law: If they could persuade agent’s runners to offer money to coaches, all could be charged with defrauding the same universities that hired and encouraged these coaches.

I hope the prosecutors giggled.

The documentary leads us through the sting, as undercover F.B.I. agents pose as investors. They urge Dawkins and his partners to pay coaches. Dawkins resists, saying this was “a waste of money.”

He needed cash for prospects and families. Coaches do not deliver players.

These businessmen, Dawkins complains on recordings, don’t “understand how the business works; I was never given a player by a coach.” Eventually he relents, telling the assistant coaches who help him that they might as well take the money and have a good time at a strip club.

Not long afterward, Dawkins walks into an eagle’s aerie of a hotel room in Las Vegas. He finds gourmet food, booze and a view of the Spring Mountains range. Soon an undercover agent shows him her badge: F.B.I.

Dawkins laughs. This is a joke, right?

She offers a way out: Give us Rick Pitino, Andy Miller and Sean Miller, and you’ll be fine.

He asks for a lawyer instead, and officers pace into the room with rifles pointed at his face. “I figured they are just going to kill me,” he says in the film. “I died because of basketball.”

There’s a last wrinkle. The F.B.I. agents who worked undercover do not testify at his trial. The agency suspected one of fleecing the F.B.I. of hundreds of thousands of dollars used in the sting. The jury is not told that.

Dawkins was sentenced to a year and a day, a penalty he is appealing. Richardson served a short sentence and is knocking around amateur basketball again, a middle-aged hoop man trying to make his way as a felon.

As for those millionaire coaches? Sean Miller read a statement brimming with righteousness. It began “I never” and ended that “any reporting to the contrary is inaccurate, false and defamatory.”

Dawkins advises viewers not to feel sorry for him. After his arrest, he began his transformation into a music agent, signing a deal with Atlantic Records even as his trial was going on.

What, he is asked in the documentary, do you make of Miller’s insistence on his innocence? The young man smiles generously.

“I literally thought Sean should have his own movie agent,” he says in the documentary, “He should be an actor.”