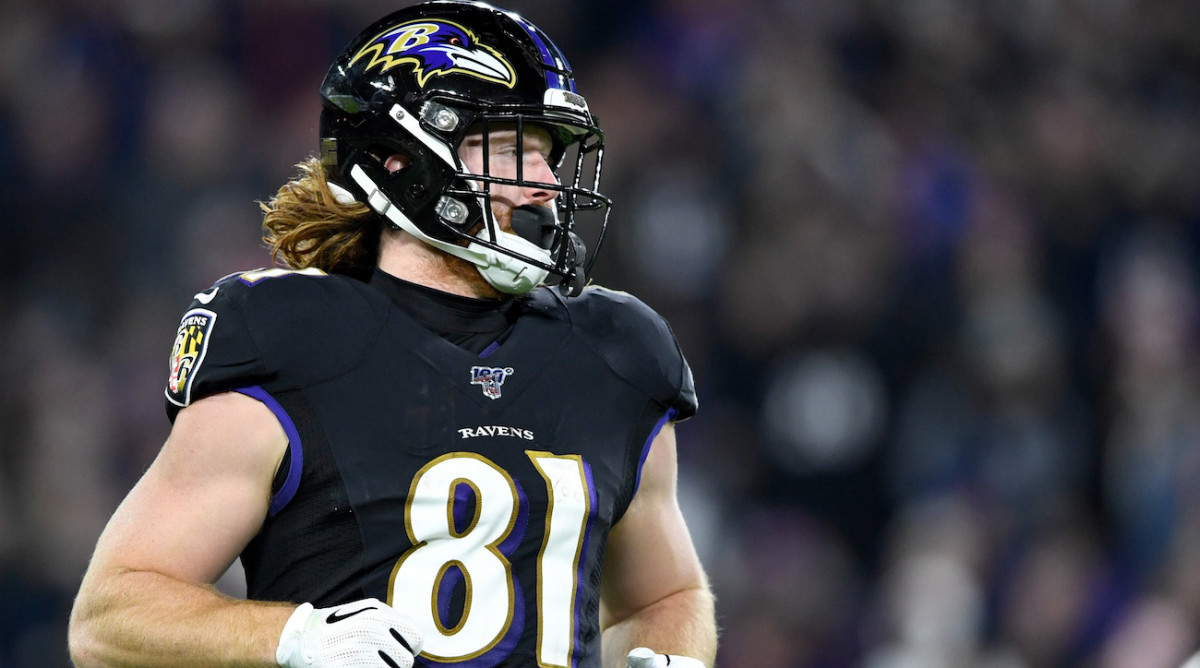 The Falcons found an immediate replacement for Austin Hooper by trading with the Ravens for tight end Hayden Hurst. The details of the trade include Hurst and Baltimore’s fourth-round pick in exchange for the Falcons’ second- and fifth-round picks in this year’s draft.

In 2018, the Ravens used their first-round pick (25th overall) on Hurst and then two rounds later selected Mark Andrews. Despite the draft equity used to acquire the tight ends, Andrews outshined Hurst in 2019 in nearly every facet of the stat sheet.

Andrews was targeted 98 times, which amounted to 64 catches for 852 yards and 10 touchdowns. Hurst, on the other hand, had nearly three times fewer targets (39), half the catches (30) and just two touchdowns. Not only did Andrews have more productivity than Hurst, but even Nick Boyle saw the field more than the former first rounder.

Of those 111 targets to Falcons tight ends, the now departed Hooper accounted for 97 of them. Those unaccounted for targets gives Hurst a great opportunity to have a breakout season in 2020. Atlanta quarterback Matt Ryan will still throw to Julio Jones early and often but outside of Jones and Calvin Ridley, the Falcons don’t have many playmakers in their passing attack. That allows for Hurst to step in as one of Ryan’s top three targets, which will bodes well for his production fantasy football.

We’re still a long way from fantasy draft season, but Hurst would be a very solid tight end to grab in the double-digit rounds. Draft him as your TE2, but he certainly has potential to finish in the top eight at the position.