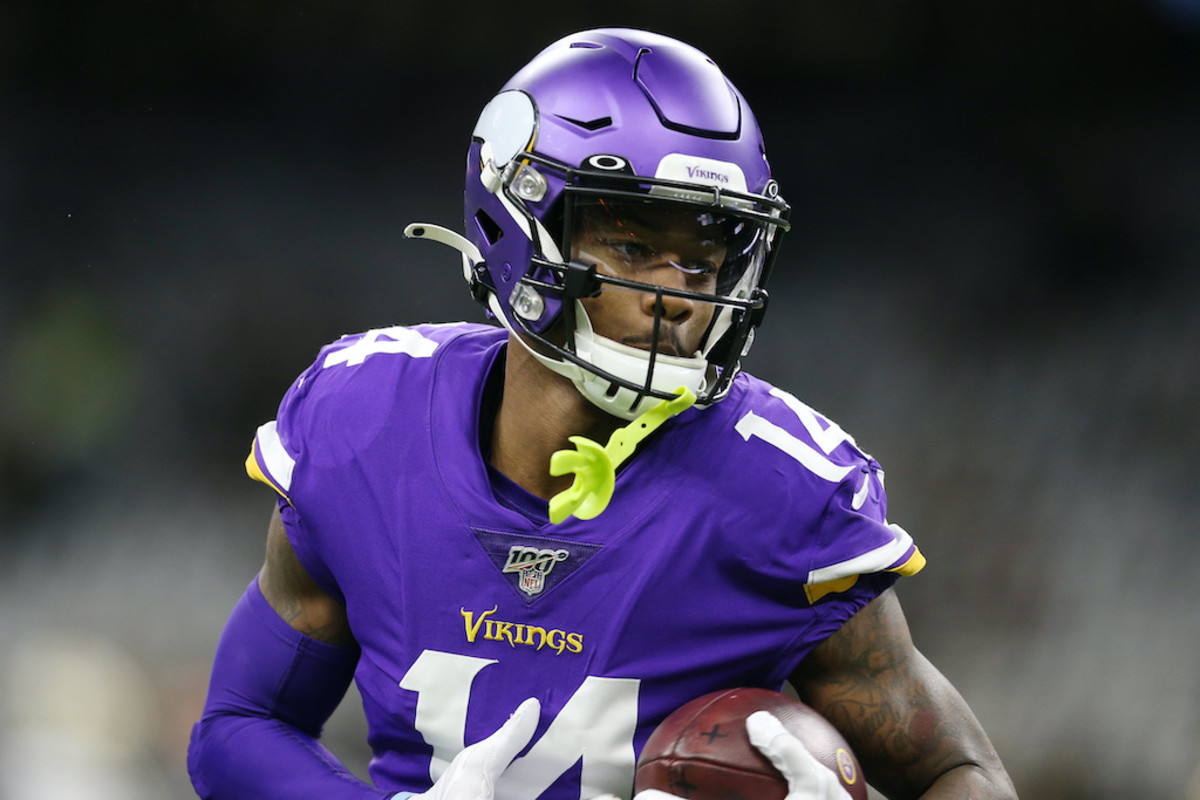 Stefon Diggs was teasing all day Monday that he might be traded and it finally happened around 10:30 p.m. ET. Unlike the Texans, who traded DeAndre Hopkins earlier in the day, Minnesota got a haul for Diggs.

Diggs was clearly unhappy in Minnesota, as evidenced by his sideline demeanor toward the end of the season. He’ll get a fresh start in Buffalo as Josh Allen’s new top weapon.

Diggs was one of the most polarizing fantasy players in 2019, as many expected consistent superstar production, especially when Adam Thielen missed time with injury. But the receiver’s production was all over the place last season.

He started slowly, had three spectacular weeks in a row from Weeks 6–8, fell off again in Weeks 9 and 10, exploded again in Week 11 and then never really found his groove again after returning from Minnesota’s Week 12 bye. He finished as the No. 20 WR overall in PPR formats and No. 25 in terms of average fantasy points per game (14.1). That was one year removed from Diggs finishing as the No. 12 overall WR (both overall and per-game) in 2018 and the No. 13 WR on a per-game basis in 2017.

The question is, can Diggs be a borderline WR1 again now that he’s in Buffalo?

The short answer is not quite. The longer answer is, he shouldn’t be drafted as a WR1, but as a mid-to-high WR2 with upside.

I didn’t have Diggs going among the Top 15 WRs in the first three rounds of my way-too-early mock draft a couple months ago, and I still feel the same way today. Diggs should be just outside that territory. However, don’t be scared off by Buffalo’s offense. Josh Allen took a big step forward last season and the Bills averaged 3.8 more pass attempts per game in 2019 than the Vikings did.

View Diggs as a potential fourth-round pick that you can target as a WR2, especially if you have a rock-solid WR1 already on your roster. Just remember he’s going to be a bit boom-or-bust and you will be frustrated some weeks.

The biggest boost in fantasy value goes to Allen.

Allen finished as the No. 6 overall fantasy QB and No. 8 on a per-game basis last season and now adds Diggs to a receiver group that already includes John Brown and Cole Beasley. He was in QB1 territory before this move, but now he must be considered in the bottom part of the Top 5 discussion. Patrick Mahomes and Lamar Jackson will be the clear top options, but Deshaun Watson’s value takes a hit without Hopkins and a case can be made for Allen over Russell Wilson, Dak Prescott, Jameis Winston, Aaron Rodgers, Kyler Murray, etc.

We’ll see how the rest of the offseason plays out and where some of the top free agent quarterbacks land, but Allen will likely find himself ranked between QB4-6 if the season started today.