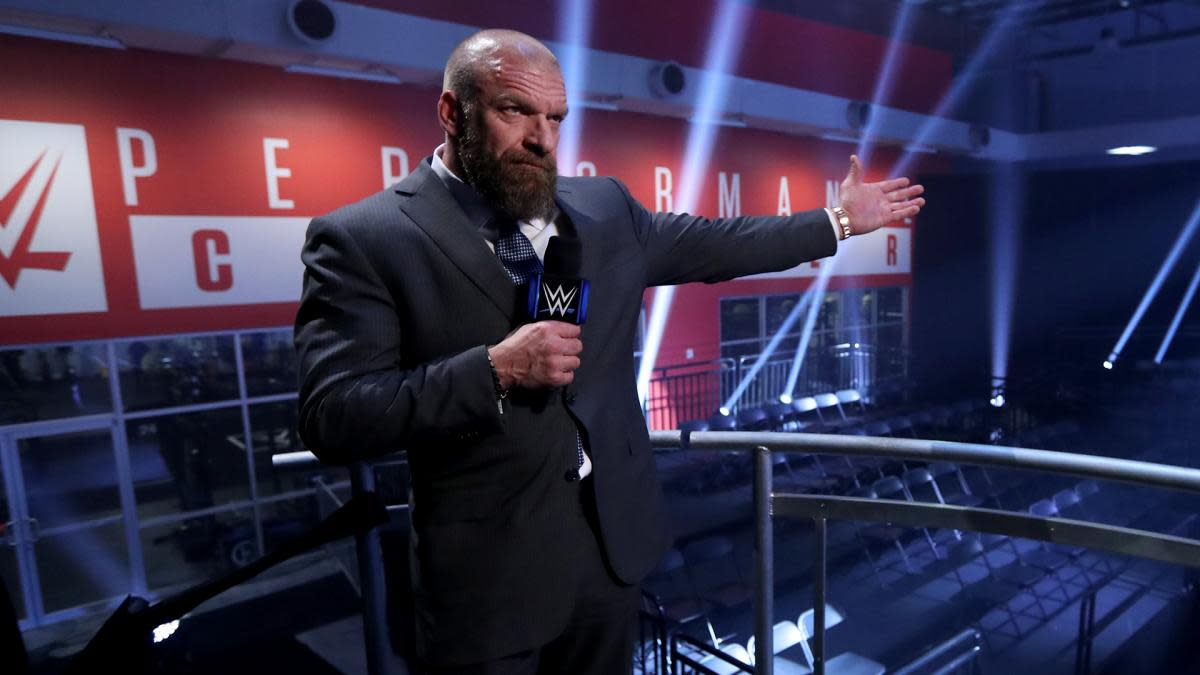 There will be no fans in attendance at WrestleMania 36 as a result of the coronavirus pandemic.

WWE announced Monday night that the event will be moved from Tampa’s Raymond James Stadium to the company’s Performance Center Orlando, where only essential personnel will be on hand.

“In coordination with local partners and government officials, WrestleMania and all related events in Tampa Bay will not take place,” WWE said in a statement. “However, WrestleMania will still stream live on Sunday, April 5 at 7 p.m. ET on WWE Network and be available on pay-per-view. Only essential personnel will be on the closed set at WWE’s training facility in Orlando, Florida to produce WrestleMania.”

The company did not reveal the fates of the previously scheduled NXT TakeOver: Tampa show or the WWE Hall of Fame ceremony.

WWE held last week’s SmackDown in an empty performance center and will hold Monday night’s edition of Raw in the building as well. The lack of fans turned the usually raucous WWE product into an oddly intimate affair.

Numerous members of the WWE roster told SI.com last week that they were concerned about the event going ahead as planned. The show is WWE’s largest annual event and was expected to draw over 65,000 fans to Raymond James Stadium in Tampa, home of the NFL’s Buccaneers.

Sporting events across the globe have ground to a near-complete halt as the virus has spread. The CDC issued a recommendation Sunday night calling for a halt to all gatherings for more than 50 people for the next eight weeks.

Florida governor Ron DeSantis said at a news conference last week that he was recommending (although not ordering) scheduled mass gatherings be canceled. Tampa officials last week said they would wait and see what WWE planned to do before stepping in.

There have been over 170,000 coronavirus cases worldwide, according to the New York Times, and over 7,000 deaths. There have been almost 1,300 cases and 37 deaths in the United States.