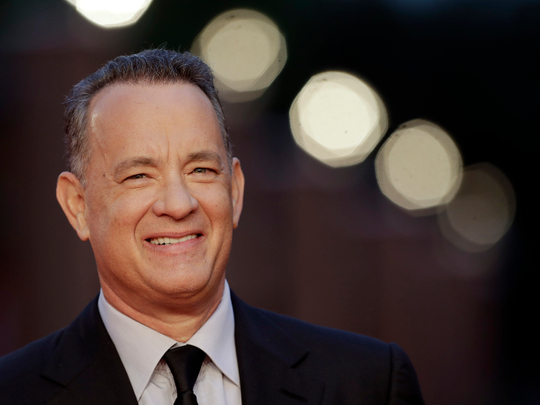 Tom Hanks has never been like other Hollywood celebrities.

Though he first made his mark donning a dress in the 1980s sitcom ‘Bosom Buddies’, Hanks became America’s everyman thanks to a goofy, relatable on-screen persona that never seemed all that different from his off-screen personality. And even as he rose from TV actor to movie star to two-time Academy Award winner, his humble attitude seemed to remain the same.

“You would never know from Tom if he has $1,000 or $1. He’s just that person,” said Michael Rosenberg, co-chairman of Imagine Entertainment, the studio that produced ‘The Da Vinci Code’ and other projects with Hanks. “He’s smart, authentic, real and honest. It’s hard to find all of those things in one person these days.”

So when Hanks announced last week that he and his wife, actress Rita Wilson, had tested positive for the coronavirus, the reaction was swift and emotional. The pandemic might mangle the stock markets, shut down colleges and bring worldwide travel to a halt. But infecting the beloved Tom Hanks? That was too far, especially for many people who have not been personally affected by the spread of the virus.

People across the globe sent Hanks “get well” messages; others asked for 2020 to be cancelled. Many thanked Hollywood’s unofficial goodwill ambassador for his “graceful leadership,” a phrase not often associated with A-list celebrities.

Because of the diverse projects that Hanks, 63, has chosen over his 40-year career, his fandom is both multigenerational and worldwide. Two generations (and counting) grew up hearing him as Woody, the animated cowboy he voiced in four “Toy Story” movies since 1995. “Hey Tom my 16 yr old daughter, who worships you, literally burst into tears when CNN just reported the news,” Twitter user Andy Ostry wrote.

Others are partial to his romantic comedies, like ‘Sleepless in Seattle’ and ‘You’ve Got Mail’. Then there are his Oscar-winning performances as a history-adjacent gentle soul in ‘Forrest Gump’ and a gay lawyer battling AIDS and discrimination in ‘Philadelphia’.

Some prefer the ones he didn’t win an Oscar for: ‘Cast Away’, ‘Apollo 13’, ‘Saving Private Ryan’ or ‘Captain Phillips’, each of them showcasing his ability to play dependable and honourable men overcoming unthinkable challenges.

The awards don’t seem to matter that much to Hanks — who was most recently nominated for playing another person who seemed to personify goodness, Fred Rogers in ‘A Beautiful Day in the Neighborhood’.

Publicist Tony Angelotti, who worked on Hanks’ award campaign for ‘Captain Phillips’, recalled standing next to him during the Golden Globes, an award for which Hanks was nominated but didn’t win.

“I said, ‘Sorry you got robbed,’ and he just said, ‘Shake it off, shake it off,’ like I was nuts for being concerned about it,” Angelotti said.

The outpouring of love for Hanks came as no surprise to Brian Grazer, a producer and a partner at Imagine who has made seven movies with him. Grazer recalled trying to cast “Apollo 13,” the story of the failed lunar landing. The studio wanted a big action star, until Grazer asked his fellow filmmakers, “Who does the world want to save most?” The answer, according to him and the others, was Tom Hanks.

“That’s why we went after him,” he said.

Film historian and critic Leonard Maltin said he was shocked by the news of Hanks’ illness. Then he read the statement that Hanks had posted on Instagram, along with a photograph of a medical glove in a hazardous-waste container. It said, in part, “To play things right, as is needed in the world right now, we were tested for the coronavirus and were found to be positive.”

“It was very reassuring,” Maltin said. “And it’s what you’d expect from Tom: sensible, down to earth, even self-deprecating.

“What I hope now is that this is a learning process for people around that world. He’s such a prominent person, so well loved, and he has come forward. Now we will have a chance to experience how he — and his equally famous wife — recover from this illness.”