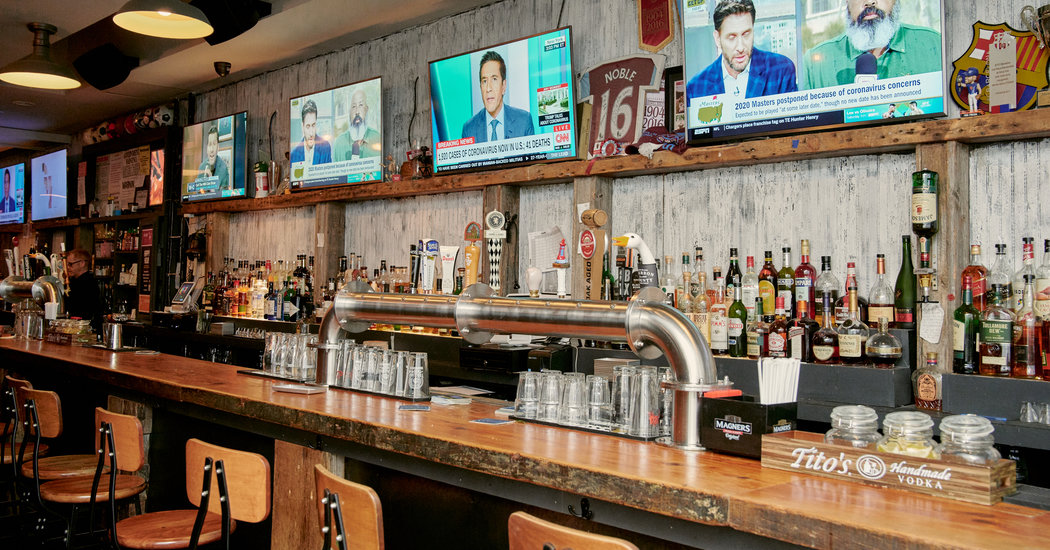 In other words, nobody wants to watch sports when they already know the outcome.

Scripted programming, on the other hand, is still watchable — and therefore valuable — years or even decades later. Streaming services pay around $85 million annually to show the sitcom “Friends” and $100 million annually to show “The Office.” “Friends” went off the air 16 years ago, and “The Office” ended in 2013. People will watch these shows years later, and then rewatch them and rewatch them.

What makes sports so enthralling — the thrill of victory and the agony of defeat, to steal a phrase from ABC’s “Wide World of Sports” — is the same thing that makes sports channels so useless right now.

“Sports is really good in the moment,” Reed Hastings, the chief executive of Netflix, said a few years ago. “So you want to watch the game, but the afterlife of a given show is quite small.”

Almost alone among sports leagues, Ultimate Fighting Championship opted not to cancel its competition this weekend in Brazil, but to instead hold fights without fans in attendance. Dana White, the U.F.C. president, said he went forward after consulting with the White House. Whether or not this was just risky, or highly irresponsible, remains to be seen. But for the sports fan, it was manna from heaven: Something live.

The fighters dispensed with hamming up their entrances. The ring announcer bellowed their names into a cavernous nothingness. Grunts and punches were clearly audible. Yet when Charles Oliveira guillotined Kevin Lee to end the main event, I felt the familiar thrill of experiencing the unexpected for the only time all weekend.

ESPN’s “Bottom Line,” that comforting scroll of data, transactional news and the churning of the sports world all around me, had changed.