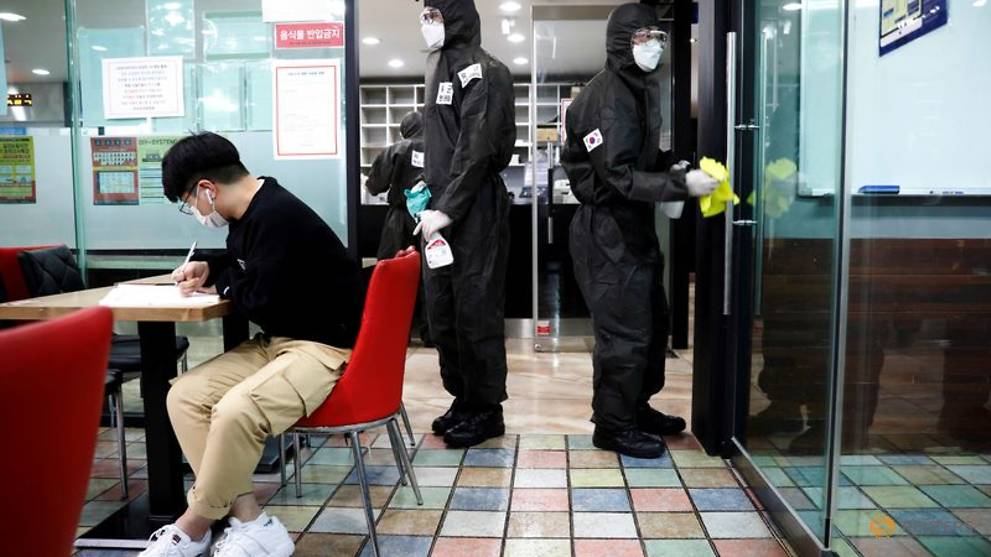 SEOUL: South Korea reported 74 new coronavirus infections on Monday (Mar 16), slightly lower than a day ago, according to the Korea Centers for Disease Control and Prevention.

South Korea has been experiencing a downward trend in new cases and the latest numbers are significantly lower than the peak of 909 cases reported on Feb 29 and slightly down from the 76 recorded on Sunday.

“For three straight days we have seen more numbers of discharged than newly confirmed, but we should not forget the lessons we’ve learned,” Vice Health Minister Kim Gang-lip told a briefing.

Officials warned that “sporadic outbreaks” continued in the hardest-hit areas, such as the southeastern city of Daegu.

The new outbreaks were from unknown sources in other cities, Kim said, adding: “This implies the coronavirus is spreading across the country.”

One new cluster surfaced in Seongnam city south of Seoul, the capital, where at least 40 members of a Protestant church tested positive, including the pastor, after services on Mar 1 and Mar 8, despite government calls to cancel mass gatherings.

“We should not let our guard down,” he added.

This week, South Korea adopted tougher border checks for visitors from Europe, similar to its rules for travellers from China and Iran.

On Sunday, it classified the worst-hit provinces as “special disaster zones”, allowing the government to subsidise up to half of restoration expenses and exempt residents from taxes and utility payments.