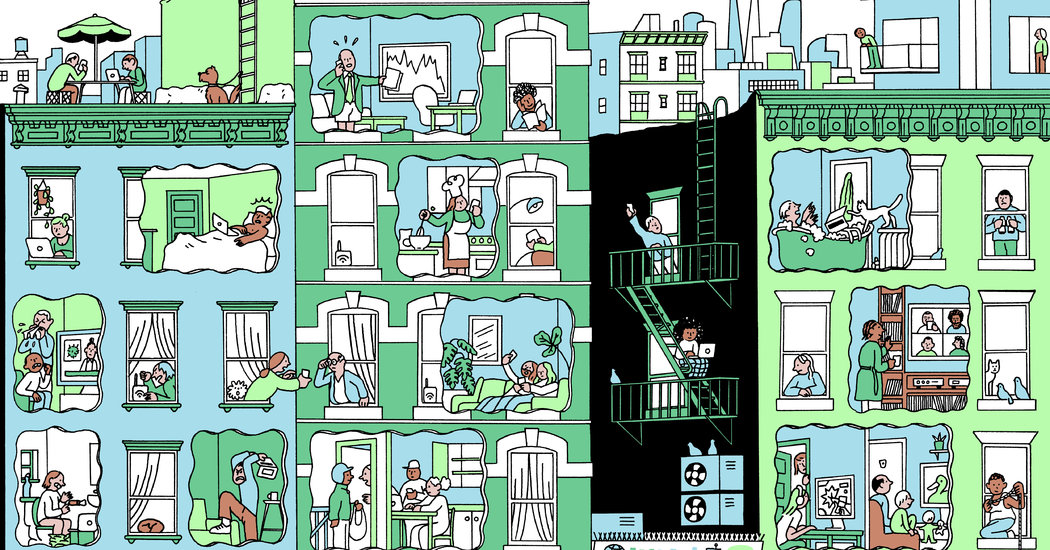 Usage of bandwidth-hogging apps and games has already shot up in places where the coronavirus has taken hold. In Italy, housebound kids playing PC games in large part pushed up internet traffic over one local landline network, Telecom Italia SpA, more than 90 percent compared with traffic in February, according to Francesca Valagussa, a company spokeswoman. And in parts of Europe last week, traffic to WebEx, a videoconferencing service run by Cisco, soared as much as 70 percent to 80 percent, the company said.

In Seattle, which has been a center of the virus outbreak in the United States, internet traffic started spiking on Jan. 30, nine days after the first positive case of the virus in the area with people accessing news and using chat apps, according to security company Cloudflare. Last week, overall internet traffic in Seattle rose 30 percent compared to a normal week for the city in January.

Cogent Communications and Zayo, which provide internet services to big companies and municipalities, said they have also seen recent spikes in traffic from banks, retailers, and tech companies in the United States to their remote employees.

In response, Verizon, Charter, Cox, Comcast and AT&T said they were confident they could meet the demands placed on their home internet services, which includes cable broadband like Xfinity, fiber-based broadband like FIOS, mobile LTE services from Verizon and AT&T and Wi-Fi hot spots. And they added that they were taking measures to help people who are working and learning from home.

Cox said last week that it would automatically upgrade users of its basic broadband internet package, with speeds of 30 megabits per second, to a package with 50 megabits per second. That could help people deal with a rise in internet use and apps that require faster speeds and more bandwidth.

Comcast said that for the next two months, it would lift data caps that limit broadband use so that people who surpass the limits of their data plans won’t be penalized.

AT&T, Verizon and Charter said they were also preparing to increase capacity on their networks if needed, with more equipment to upgrade networks and emergency roll-in cell towers that are used to keep people online during natural disasters.