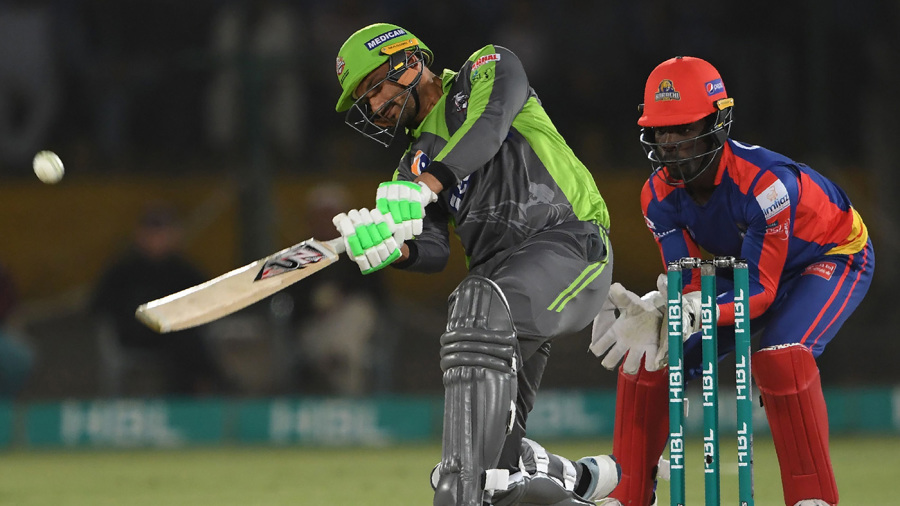 This is the sort of marquee game the PSL had been yearning for all these years without fulfilment. The country’s two biggest cities and fiercest rivals face off on Tuesday in a game quite unlike any that has ever happened at the PSL. The Lahore Qalandars, having finally ended the hoodoo of finishing at the bottom of the points table for the past four years, will step out for their first-ever playoff. It’ll come against none other than the Karachi Kings, the side they want to beat most of all. It should be a cracker, and, in normal times, one might have safely bet on it playing out in front of a full house.

Even more so because this edition is hosted entirely by Pakistan, and the Gaddafi Stadium will bear witness to the occasion. But the cruellest twists of irony means perhaps the biggest game in PSL history by many metrics will be among the first to take place in front of an empty stadium in the wake of the coronavirus outbreak. This game might have deserved 25,000 baying Lahoris cheering their side on; instead, the 22 players out there will stare into the bowels of an eerily empty stadium.

The two sides began the campaign vastly differently, with Karachi soaring to the top of the table early on as Lahore stumbled from one defeat to another. Lahore have since got their act together, winning five of their last seven games, including a Ben Dunk-led last-over heist against Karachi at this very venue last week. Karachi returned the favour four days later at the National Stadium in Karachi, thrashing Lahore by seven wickets.

Neither team has reached the final before, but both have the personnel capable of taking them there. Chris Lynn will be sorely missed by Lahore, with the Australian smashing the century that booked their ticket to this fixture, while David Weise has also flown home. But Fakhar Zaman appears to have returned to form of late with two half-centuries in the last three innings, and Dunk’s presence could be vital, especially if he regains some of the form that torpedoed Lahore to two wins in the group stages. Shaheen Shah keeps going from strength to strength, while Samit Patel’s continued presence could be crucial for a side searching for balance after Weise departed.

The edge, however, appears to remain with Karachi. Unlike Lahore, they haven’t tended to rely on one or two huge performances to buy them wins, with the balance of their squad a strength right from the start of the tournament. Babar Azam and Sharjeel Khan should be high on confidence after dismantling Lahore six days ago. Alex Hales might have departed, Cameron Delport, Imad Wasim and Chadwick Walton continue to provide formidable batting strength down the order, while Mohammad Amir with the new ball and Chris Jordan at the death form the pillars of arguably the most disciplined bowling line-up in the competition.

His PSL may have begun promisingly, but ever since he smashed 98 against Islamabad United in Lahore’s second game, Mohammad Hafeez has been kept rather quiet. This has, by no means, been a disappointing season for the 39-year-old, but from the team’s most experienced player, and some might say de facto captain, given Sohail Akhtar’s relative inexperience in that area, more was expected. However, Hafeez has the canny knack of resurfacing just when you least expect him to, and with Lynn gone, he could play a much bigger role as a top-order batsman. Equally, Weise’s absence means he might be called in to bowl more overs than he usually has this season.

If a book were written about how not to treat a young, promising talent, the protagonist of that tragedy could well be Umer Khan. Despite being Karachi’s leading wicket-taker in the 2019 season at the age of 19, and having developed a reputation for dismissing the biggest names on the planet, Karachi have criminally underused the left-arm spinner this season. He didn’t play any of the first three games, and then, strangest of all, played in the fourth and never bowled a ball, skipper Imad Wasim blaming Multan’s abundance of left-handed batsmen and the direction of the wind for it.

Since then he has featured in most games. However, he has leaked runs liberally many a time, and more worryingly, he has only managed four wickets all along. These numbers are decidedly misaligned with the ability of Umer, and all the evidence suggests he should be collecting more prized names in the wickets column. Lahore in the semi-final would be an ideal place to start again.

Since Lahore last played, Lynn, Sekkugge Prasanna and Weise have all become unavailable. They have added Agha Salman and Abid Ali to their ranks. Karachi aren’t quite as severely hit by absences. They did, however, lose the services of Hales and Mitchell McClenaghan.