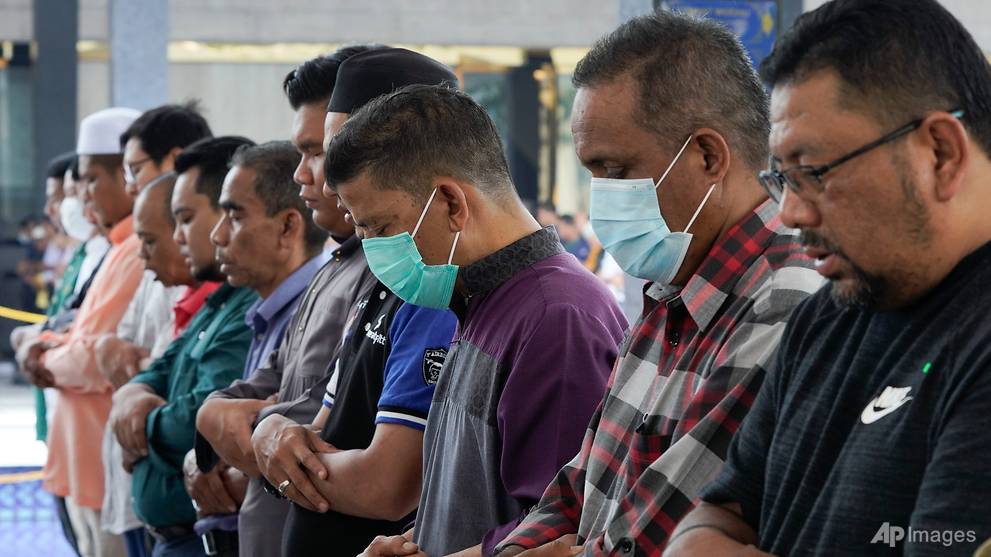 KUALA LUMPUR: Malaysia reported another 125 new COVID-19 cases on Monday (Mar 16), bringing the total number of cases in the country to 553.

Ninety-five of the new cases are linked to the tabligh (religious) gathering at a mosque in Sri Petaling, Kuala Lumpur, said Health Minister Adham Baba in a press conference.

“About 7,000 participants from the tabligh event have come forward to be checked,” he said.

About 14,500 Malaysians and 1,500 foreigners attended the mass religious gathering at the mosque between Feb 27 and Mar 1.

The event has sparked worries of new clusters forming after Brunei confirmed several new cases over the weekend who had attended the mass gathering in Malaysia.

On Sunday, Malaysia reported that a total of 243 COVID-19 cases were linked to the same event.

Dr Adham said on Monday afternoon that Prime Minister Muhyiddin Yassin will make an announcement on COVID-19 on Monday night.

Gatherings at all mosques in two states will be suspended, it was also announced.

In Negri Sembilan, all mosques and surau will be closed for 10 days beginning Tuesday, according to the Star.

State mufti Mohd Yusof Ahmad said the management committees of mosques and surau will also clean and disinfect their premises during the period.

The state fatwa council will decide later whether to reopen the mosques and surau after Mar 26, he added.

Perlis mufti Mohd Asri Zainul Abidin said on his Facebook page that all group activities in mosques, including Friday prayers, will be called off for the time being.

“Muslims are urged to perform solat jemaah at home for 14 days, starting with the maghrib prayer on Mar 16 till isyak prayer on Mar 29,” he said.

The mosques’ call to prayer will also be changed to say “pray in your homes”, he added.