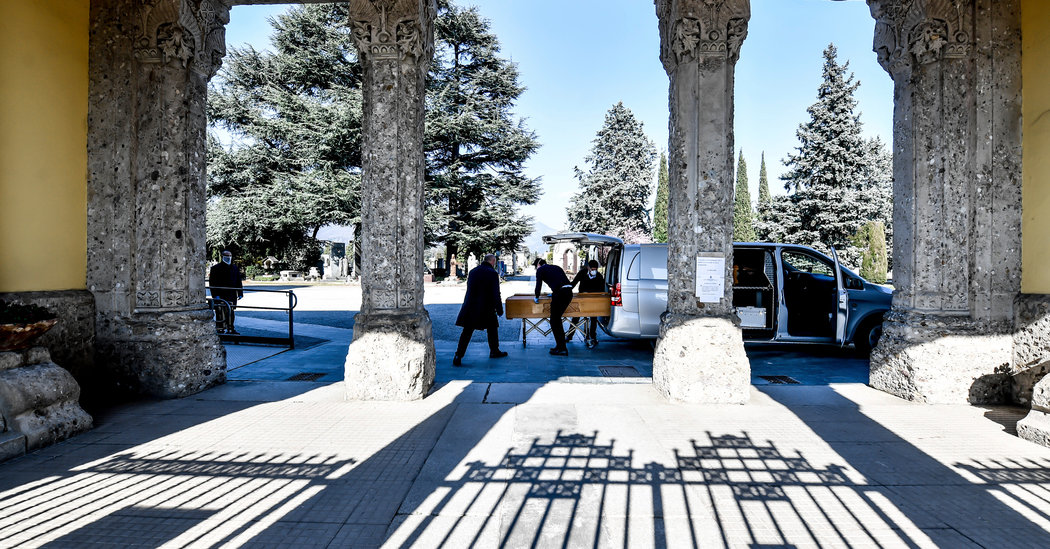 “If we’re not the ones taking away the dead,” he added, “then they’d have to call in the army.”

In some parts of southern Italy, where Roman Catholic traditions are particularly strong, the funeral rite has been too important for some to let go.

In the Sicilian town of Porto Empedocle, the local authorities said that they had cited 48 mourners last week for taking part in a funeral procession in defiance of national restrictions. The mourners risk three months of jail.

The Rev. Leopoldo Argento, 59, a priest there, said, “Funerals are part of our anthropology.” He said he understood the impulse of the mourners to congregate but thought it was necessary to suspend the funerals. Normally, 600 to 1,000 people might attend. “In Sicily, the death of our loved ones is a very strong moment and a very important one in our social life,” he noted.

All of Italian social life has been transformed by the virus, most acutely in Lombardy.

Giacomo Grasselli, who is coordinating the intensive care unit response in Lombardy hospitals, attributed the high number of deaths in part to the advanced age of Italy’s population. The average age of death, he pointed out, was about 80.

He said medical workers were more frequently forced to decide whether or not to take invasive measures to assist the breathing of the very old and sick but that, for now, every patient had received care.

But, “This will not last forever,” he warned, adding that the capacity to extend care to everyone depended on whether the containment measures worked. He said he took encouragement from the steep drop in new infections in the original quarantined towns of the region. “It is the only way to survive this.”