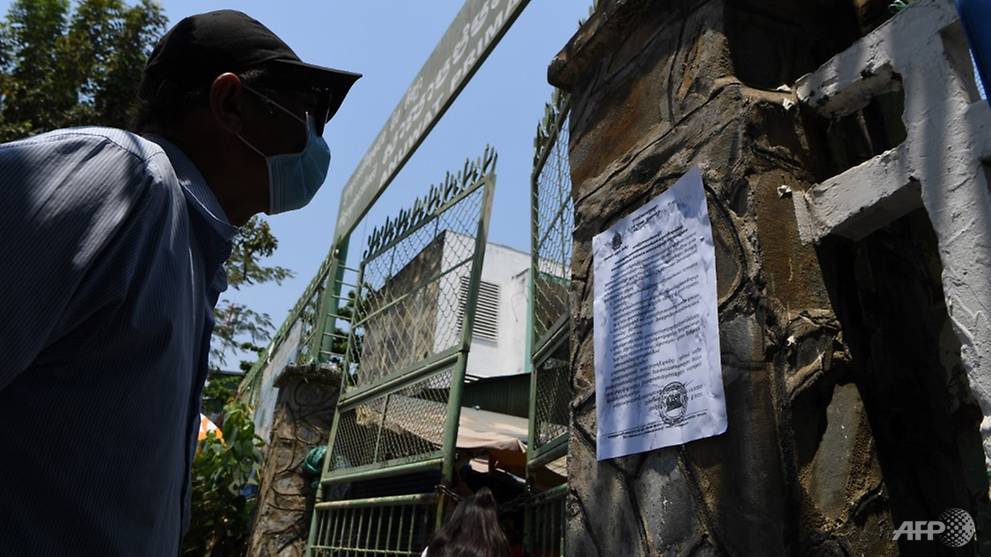 PHNOM PENH: Cambodia reported four new cases of coronavirus including in a four-month-old French boy and two people who had travelled to Malaysia for a religious ceremony, the Ministry of Health said late Sunday (Mar 15).

The baby is the son of a French man who travelled from Paris via Singapore to Phnom Penh and tested positive for the virus earlier on Sunday, the ministry said. His wife tested negative.

A Cambodian man returning from France and two other people returning from the religious ceremony in Malaysia also tested positive, bringing the country’s tally of cases to 12, the ministry said.

Prime Minister Hun Sen has ordered citizens not to travel to Europe, the United States and Iran as part of the government’s efforts to curb the spread of the virus which emerged from China late last year and has spread around the world.

He also ordered anyone returning from Europe, the United States and Iran to be quarantined for 14 days on arrival in Cambodia.

Travel to and from China, which has reported more than 80,000 infections and most of the global deaths, has not been restricted.