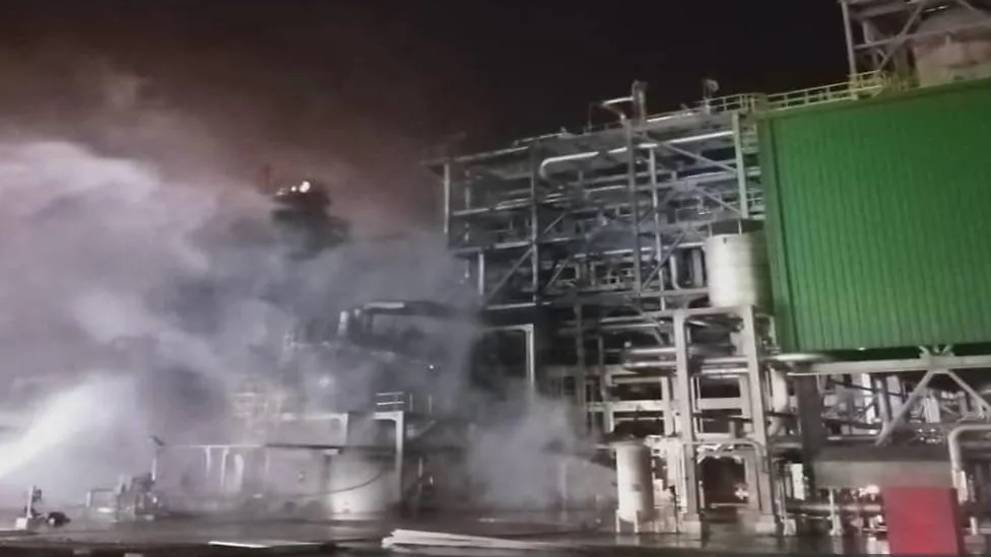 KUALA LUMPUR: A fire and explosion on Sunday night (Mar 15) killed five people at a refining and petrochemicals complex in Malaysia’s southern state of Johor.

Another person sustained 70 per cent burns, Pauzan Ahmad, an official with the Johor state fire and rescue department, said on Monday.

The incident occurred at the diesel hydro treater unit in the Pengerang complex owned by Petronas and Saudi Aramco, Pauzan said, adding that the cause of the fire was under investigation.

Pauzan said the Johor state operations centre received an emergency call about the fire at about 11.20pm.

“Upon arriving at the location, the team found that an explosion and fire occurred at the plant diesel hydrotreater unit which uses hydrogen to remove sulphur waste from raw diesel,” he added.

Bernama cited PRefChem as confirming the fire and saying “the situation is under control”.

The Johor Sultan on Monday conveyed his condolences to the families of the victims.

“I am very saddened by the incident. May Allah grant strength to the families of the victims,” he told the Royal Press Office.

Sultan Ibrahim also instructed the Malaysian Fire and Rescue Department to quickly determine the cause of the fire.

“At the same time, I want safety measures at the workplace to always be given priority to prevent accidents,” he said.

This is the second fire in less than a year at the Pengerang Integrated Complex (PIC) in Malaysia’s southern state of Johor.

In April 2019, an explosion and fire occurred at the plant’s atmospheric residue desulphurisation unit (ARDS), a unit that removes sulphur from fuel oil, which is then used to produce gasoline in a residue fluid catalytic cracker.

There were no casualties in the April fire, and Petronas said commercial operations at the refinery would start on time by end-2019. The ARDS has been scheduled for operation by mid-2020, Petronas has said.

The refinery, which will process about 300,000 barrels per day of crude oil once fully operational, is expected to sell fuel to customers in Malaysia and across Southeast Asia.

Petronas and Saudi Aramco each have a 50 per cent stake in PRefChem.