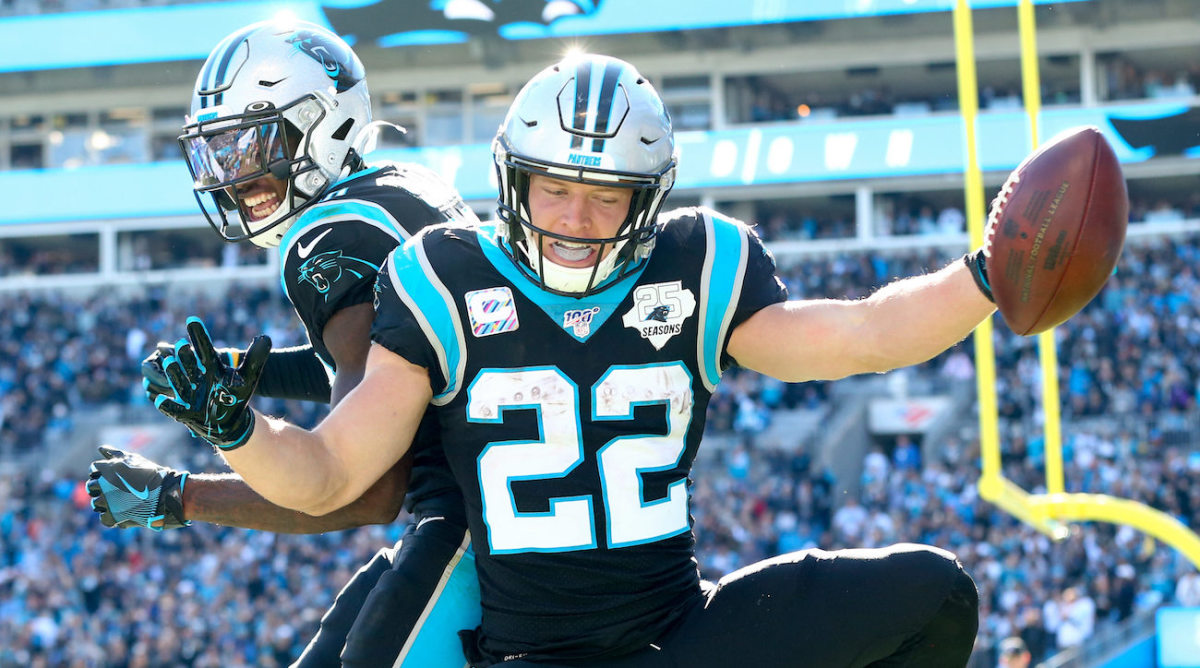 The NFL’s new collective bargaining agreement isn’t just affecting players, owners, and broadcast partners … it’s going to have a big impact on the way we all play fantasy football too.

One major change under the new CBA is the regular season extension to 17 games (18-week schedule) from the current format of 16 games (17-week schedule). The 17-game season starts in 2021 at the earliest.

The overwhelming majority of fantasy football championships all take place in Week 16 with the playoffs starting in Week 14. But starting in 2021 at the earliest, fantasy players will have to modify their league rules and playoff formats to accommodate the NFL’s new schedule.

Sports Illustrated’s awesome team of fantasy experts and analysts gave their thoughts on potential fantasy playoff modifications along with other ways the new CBA will impact fantasy football.

Jaime Eisner: The eventual expansion of the NFL season to 17 games potentially as soon as 2021 will allow fantasy commissioners to get creative with their playoff formats. My suggestion is to make the championship round a two-week matchup over Weeks 16 and 17.

It’s always a little disappointing when you play an entire season only to lose because you’re facing a player who had one monster week at just the right time. However, the limited amount of NFL games make this issue unavoidable. While we might not be able to fix that throughout the entire fantasy playoffs, let’s at least fix it for the championship game. Continue to sit out the final week of the season (soon-to-be Week 18), but go with a 1-1-2 week format going forward.

If you want to get bold, you can do a four-team playoff at two weeks each (Weeks 14-17) or a six-team playoff with a 1-2-2 format (Weeks 13-17). I’d prefer the latter in 12-team standard leagues, with Thanksgiving serving as the de facto wild-card round for the fantasy playoffs.

Frankie Taddeo: Well fantasy players, we now have something to do if we are forced to remain in our homes for any extended period of time due to the coronavirus. We learned early Sunday morning that the NFL will be extending its regular season to 17 games. However, there is no reason to panic over one additional regular season game, as we all have plenty of time to adjust our models and algorithms as that change will not take effect until the 2021 season at the earliest. It will only require some minor changes to my own personal model that has helped me successfully compete against the very best high stakes players in the world every year over at the Fantasy Football World Championships (FFWC).

Firstly, there will be no additional bye week, as was rumored, so fantasy owners will not have to worry about that in-season roster headache. Although fantasy players will now have less preseason games to evaluate starting roles, we will thankfully face less risk of losing star players to significant injuries in meaningless games.

In addition, fantasy owners will no longer have to worry about losing any of fantasy commodities to marijuana suspensions. Owners of Josh Gordon in dynasty leagues can safely rejoice at that news!

Finally, fantasy owners will benefit from the new CBA capping the amount of international games, which always pose an issue for owners who are forced to make lineup decisions on games that begin in the early morning hours here in the United States without knowing the full injury status of star players who play hours later.

Overall, fantasy owners should be happy with all the changes. From my perspective this is immensely beneficial, even if it undoubtedly means possibly losing one week of preparation prior to drafts.

Scott Atkins: The expanded NFL regular season should ensure a two-week championship game going forward. Here’s how it should be structured:

There is still a chance that Week 17 has players resting, so the easiest solution is a two-week championship. Another option is a three-week shootout for the top four remaining teams in Weeks 15-17.

Dr. Roto: The CBA was barely ratified by the players, which gives the NFL labor peace for the next decade. Is it a perfect deal? No, but both sides got what they wanted. As for fans … we can get rid of all 8-8 teams, making the playoffs from this point forward!

The extra game should not be a major difference in fantasy circles during the regular season. Might players have their playing time managed slightly? Yes. But fantasy owners were already getting wise to this already.

Does the lack of a preseason game hurt? Yes, in that fantasy owners and teams have less time to make important personnel decisions. For the most part, the better players weren’t playing in the preseason anyway. The NFL seems to be using the first 2-3 weeks to find out which players are game ready. This makes the first few weeks of FAAB critical to win a championship.

The biggest impact for fantasy owners will be in the playoffs. Each league, whether a “home” league or a high-stakes league, will have to come up with a solution to make the end of the season the most fair. A two-week championship seems to make the most sense as of this point, but I think that all leagues need to be flexible to find the best solution moving forward.

Roy Larking: With so much bad news floating around, it’s good to hear the NFL and NFLPA have ratified a new 10-year collective bargaining agreement. As part of the deal, the NFL has a three-year window (2021-2023) to extend the regular season to 17 games over 18 weeks. An extended schedule seems inevitable given the vast amount of money an extra week would generate.

Another major CBA change has the playoff field expanding from 12 to 14 teams with an extra wild card berth being added in both conferences. Under the new playoff system, only the top team in each conference will receive a first-round bye. An added playoff berth will bring more teams into contention and that should make the final weeks of the NFL regular season more competitive. The CBA changes will have an effect on the playoff format in all head-to-head fantasy leagues.

A subtle change seems to be the best path forward from my perspective. Let’s use the Fantasy Football World Championship as an example. The FFWC currently uses an “all play” system where the top six scorers receive a win during the first two weeks of the NFL regular season. Simply changing that to the first three weeks would allow the FFWC to keep the rest of their existing playoff structure in place.

Hidden NBA Wager Could Pay Out Big Due to Coronavirus