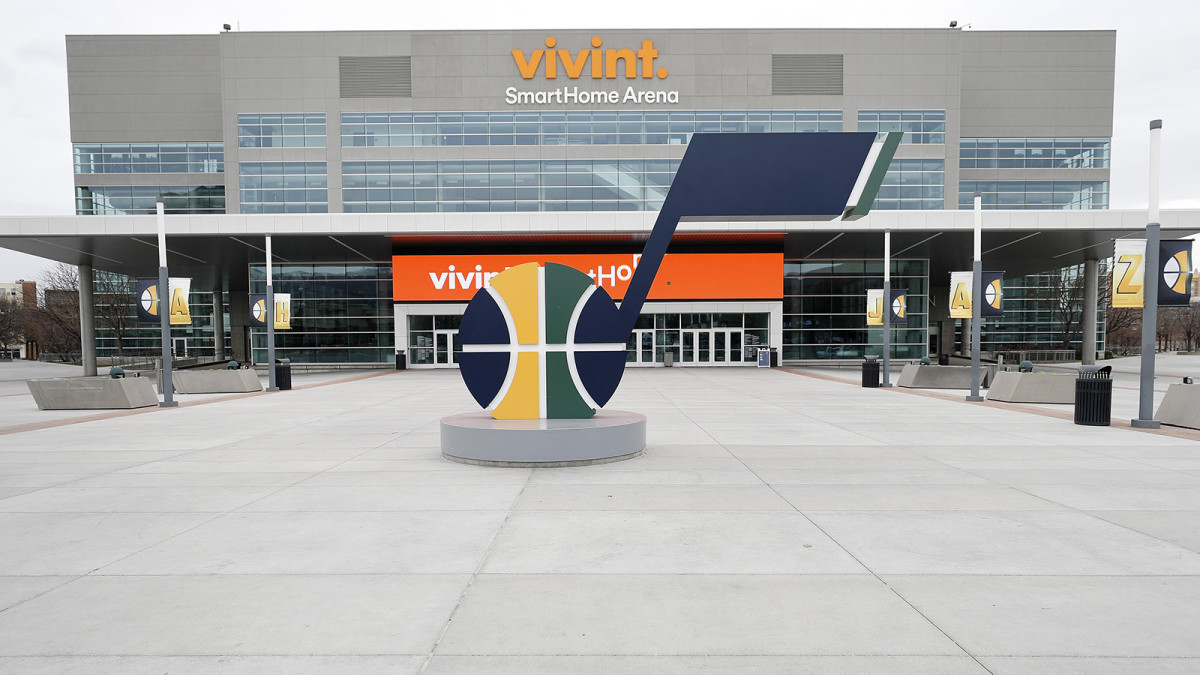 The COVID-19 pandemic not only complicates the current NBA season, which has been suspended indefinitely, it will also have an impact on at least the next one, and possibly more. For now, the NBA has no firm grasp of when—or if—it will return to conclude the 2020 season. Mid-to-late June—and without fans in attendance—has been floated as a potential window to lift the suspension, according to ESPN. At the same time, SI’s Chris Mannix reports that skepticism about finishing the current season is growing amid the federal government’s lack of control over the pandemic. What does all this mean? Charting the future of the NBA is currently near impossible.

From a purely speculative standpoint, I would be shocked if the NBA returned to finish this season. The CDC this week asked for gatherings of 50 or more people to be put on hold for the next two months, and that could easily be extended for a longer period of time until testing for the novel coronavirus is more readily available in the United States. Drastic measures are being taken all over the country. Cities like New York and Los Angeles have shut down bars, restaurants, and other gathering places. Several counties in the Bay Area have asked residents to shelter in place. These hugely important developments could help slow the spread of the disease—flatten the curve, as they say—but it will be difficult to understand their impact until testing improves. As The Atlantic’s Robinson Meyer astutely noted, “We’re shutting America down precisely because we don’t have enough tests to look for the big outbreaks. It’s not only that we missed our chance at containment. It’s that we don’t know which cities are worst, so we have to flatten the curve everywhere.”

Right now, there’s still no consensus within the scientific community on what could bring the pandemic to an end. William Haseltine, president of the global health think tank ACCESS Health International, outlined four potential endgames to The Daily Beast, with at least two of them—everyone getting infected (resulting in countless deaths) or waiting around a year for a vaccine—putting the return of sports leagues on the backburner, to say the least.

Another issue is that it’s unclear when the US will reach its peak in terms of number of cases. Testing is so scarce that the number of infected in America is unknown. The situation in China also bears watching. While the country has relaxed many of its own shutdown measures in Wuhan—the origin of the virus—the government is still aggressively surveilling citizens and imposing travel restrictions nearly three months after the start of the outbreak. Essentially, even after reaching its peak in cases, China is still exercising caution in a return to full-blown society, a process that can take months.

From The Washington Post: “So it’s possible, even most likely, that after U.S. cases peak, Americans will still have to maintain some measures—such as isolating the infected, constant hand-washing, some degree of social distancing—until a viable vaccine is developed, which could take 12 to 18 months.”

Simply discussing the timeline of the disease doesn’t even take into account its economic impact. Congress is currently weighing options of stimulus plans, including sending money directly to households. But restaurants, the service industry, and numerous other businesses will be severely impacted by a long period of social distancing. The NBA may very well come back with no fans in arenas to at least recoup some television money. But will it want to rush to return to a new season in the middle of a recession or full-blown depression?

So how does all of this apply to the NBA and other sports leagues? The NBA will have to be prepared to not only cancel the 2020 season, but also push the 2021 season back considerably. If games resume this summer post-peak, what happens if another player or two are infected with the virus? People who are imagining an NBA calendar in which the season starts on Christmas and goes through August may already be dreaming prematurely. It’s entirely possible the coronavirus pandemic doesn’t let the NBA start its next season at a month of its choosing. People looking at the current social distancing timelines as guidelines may not realize how the situation is still very much in flux.

For now, the best bet is for social distancing and shutdowns to continue on a national level, and for the federal government to finally develop efficient and widely available tests as seen in countries like China and South Korea. Admittedly, the scenarios outlined above are more of the worst-case variety. It’s possible even a change in weather could slow down the spread of the virus, according to various scientists and doctors. But for now, there’s still a startling lack of information on how widespread this pandemic is in America, and until the gravity of the illness can be fully documented, predicting when sports will return is a fool’s errand.

The NBA (and other leagues) will continue to discuss the soonest possible end to their season suspensions and when they can start making money again. But normalcy is an immeasurable amount of time away. The NBA will be incredibly lucky to crown a 2020 champion. Trying to map out when next season will begin depends entirely on the government getting its arms around a pandemic the scope of which is still deeply unclear in this country. Until that happens, the NBA is in the same boat as the rest of us: Waiting for answers.