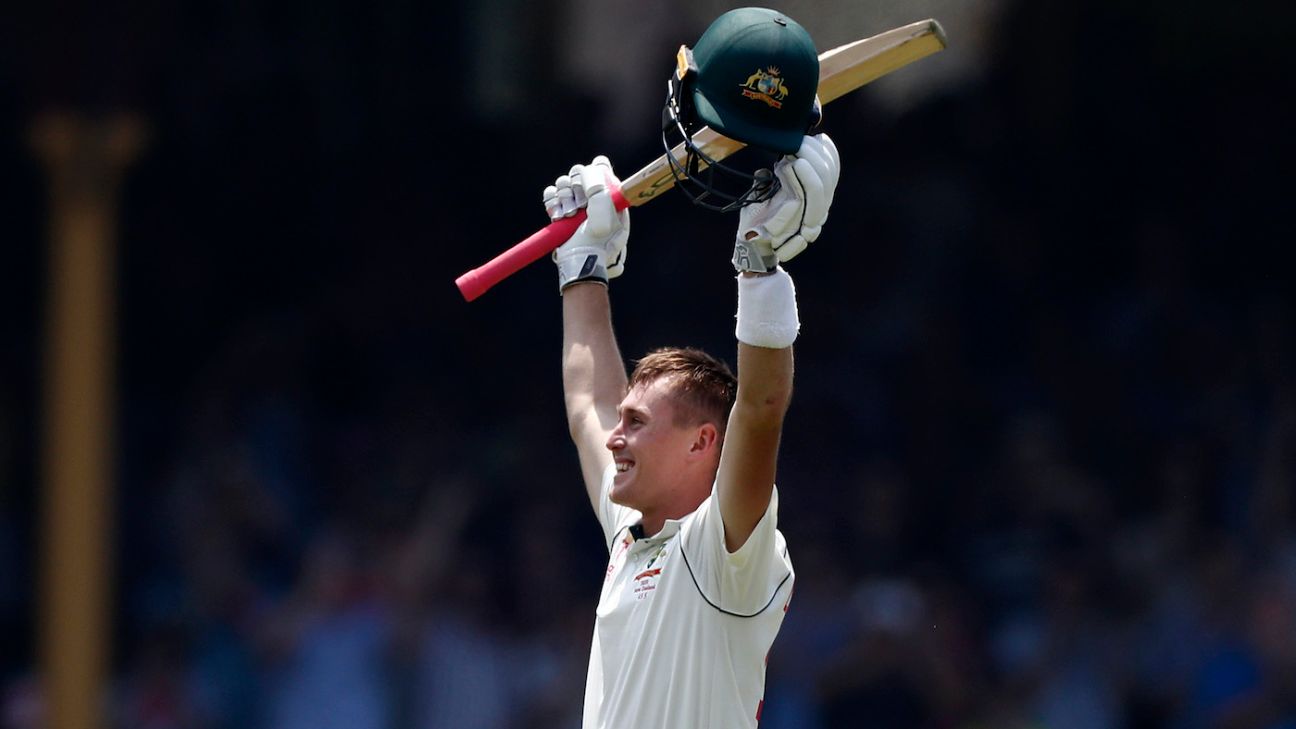 As with sport around the world, Australia’s international season came to an abrupt end amid the increasing measures against coronavirus. On home soil the men’s team went unbeaten but life was tougher on the road. Here’s a recap of a season that featured Sri Lanka, Pakistan, New Zealand, India and South Africa

It was almost perfect from start to finish. Pakistan were swept aside without much fuss – although Babar Azam and Yasir Shah (for his batting!) deserve credit – as Australia’s batsmen, most notably David Warner and Marnus Labuschagne, set about filling their boots. Warner’s 154 in Brisbane was just the start as he hit an unbeaten 335 in Adelaide, the second-highest score for Australia in Test cricket. Labuschagne began what would be a stunning season with scores of 185 and 162 while the bowling was led by the rejuvenated Mitchell Starc.

The hope was that New Zealand, the No. 2-ranked side in the world, would offer a tougher challenge. However, barring the occasional session, that proved way off the mark. They were dealt a tough hand with injuries to Trent Boult and Lockie Ferguson and for all the magnificent toil of Neil Wagner they could not break through Australia fast enough. Labuschagne made it three hundreds in a row in Perth then Starc, Nathan Lyon and Pat Cummins produced huge efforts after the loss of Josh Hazlewood to injury. In Melbourne, New Zealand’s gamble to bowl backfired as Travis Head‘s hundred and key innings from Steven Smith and Tim Paine ground them down. Blown away for 148, it was game over. They did, at least pass 200 for the first time in the second innings thanks to Tom Blundell’s superb century as stand-in opener. In Sydney, illness swept through the New Zealand team. Labuschagne feasted on a weakened attack with a maiden double-century then Lyon worked his way to a 10-wicket match haul and Warner signed off his Test season with an unbeaten hundred.

Things to work on: Hard to pick too many holes, but there probably remain a couple of batting spots not entirely nailed down. Joe Burns had a solid but unspectacular return while Matthew Wade only passed fifty once in seven innings. Going forward Australia also need to identify a second frontline spinner. Mitchell Swepson appears the likely man at the moment.

After a six-month gap following their World Cup semi-final defeat to England, Australia resumed 50-over cricket on a brief tour to India controversially placed in the height of the home summer. They started in magnificent fashion as Warner and Aaron Finch put together an unbroken 258 in a 10-wicket win, but things did not go so well after that. India pulled themselves around to take the series 2-1 despite a Smith century in Bengaluru and the problems continued on the road in South Africa. The home side secured a 3-0 whitewash as questions were raised about the make-up of Australia’s middle order. Labuschagne, who had made his ODI debut in India, was a positive and he scored an emotional maiden hundred in front of family in Potchefstroom but the familiar debate about Australia’s power in the closing overs returned. They stopped the run of five consecutive defeats with a solid all-round display against New Zealand at an empty SCG in what would prove to be the last action of the summer as coronavirus pandemic measures took hold.

Things to work on: The middle order, and with it the balance of the side, remains the major issue. D’Arcy Short and Mitchell Marsh finished the season with those roles but it still feels as though they need an in-form Glenn Maxwell.

Australia produced some supremely dominant T20 cricket to suggest that they have come across a formula in a format that has often troubled them. Sri Lanka and Pakistan were swept aside with ease in the early part of the season as Warner went on a run-scoring spree that he would carry into South Africa. Across the nine matches he scored 415 runs at 138.33 and a strike-rate of 142.12. There was a significant tactical switch that paid dividends with Ashton Agar given the allrounder role at No. 7 which in turn provided five frontline bowlers. Agar claimed 5 for 24 against South Africa in Johannesburg including a hat-trick. Whichever combination of quicks was chosen rarely let Finch down. They will be strong contenders, and maybe even favourites, for the T20 World Cup on home soil in October.

Things to work on: The margins of victory were huge, but the one defeat they suffered in Port Elizabeth came about when the middle order fell away. In the absence of Maxwell, who missed the South Africa tour with injury, they lacked the ideal finisher and his return will likely push either Wade or Marsh to the sidelines.