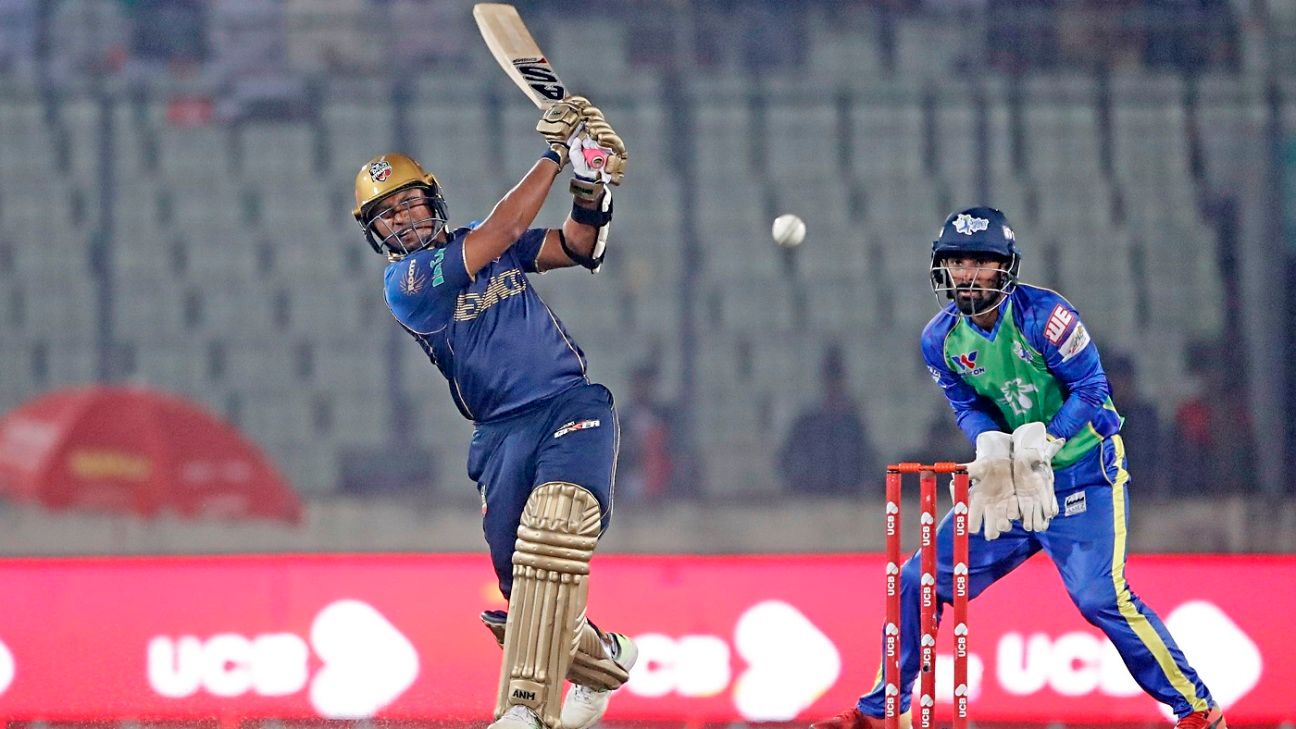 In the battle of the big-budgeted clubs, Nahidul Islam‘s unbeaten 53 and two wickets helped Prime Bank Cricket Club to a nine-run win over Gazi Group Cricketers at the Shere Bangla National Stadium in Dhaka.

Batting first, Prime Bank posted 251 for 6 in 50 overs with Rony Talukdar top-scoring with 79 and Nahidul providing the finishing touches with his fifty that included three fours and as many sixes. Mahmudullah was the most successful bowler for Gazi Group, picking up 3 for 53.

In reply, Gazi Group were restricted to 242 for 9, despite Soumya Sarkar‘s 49 and Mahedi Hasan‘s unbeaten 56.

In reply, Khelaghar could manage only 221 for 9, with their captain Jahurul Islam (51) scoring the only fifty of the innings. Sohrawordi Shuvo, Elias Sunny and Salauddin Shakil took two wickets each.

In Fatullah, Shinepukur Cricket Club caused an upset by beating Mohammedan Sporting Club by five wickets. Shinepukur chased down Mohammedan’s 258-run target with three balls to spare after fifties from Tanzid Hasan, Robiul Islam and Towhid Hridoy. Earlier, Mohor Sheikh and Tanvir Islam took two wickets each to keep Mohammedan down to 257 for 8.