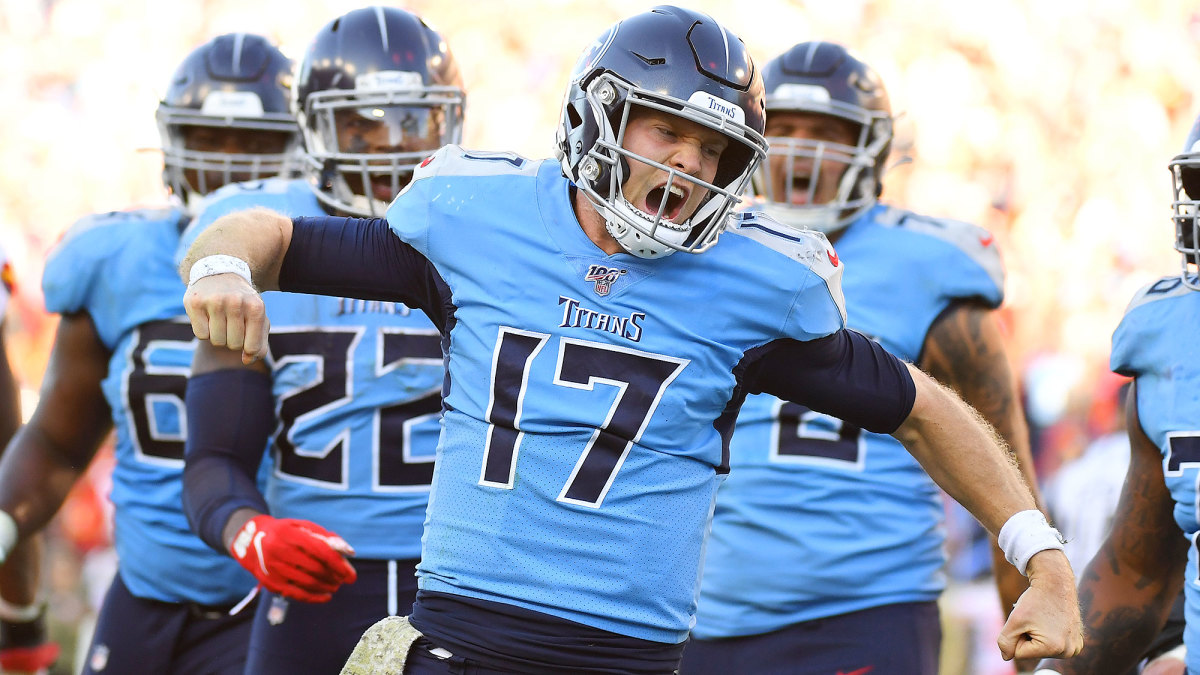 In the moments after the new collective bargaining agreement was ratified on Sunday we learned a few things about the Tennessee Titans, Tom Brady and the natural order of things in the NFL.

• The question on everyone’s mind shouldn’t be why the Titans chose Ryan Tannehill over Tom Brady. Given the theatrics surrounding Brady’s free agency and his desire to enjoy a robust market or create the desire that he has a robust market to spite the perpetually under appreciative Patriots, there’s no telling what role Mike Vrabel and Tennessee actually played here. Perhaps Brady was an option. Perhaps Philip Rivers was an option, too. But the speed with which this got done—announced just hours after the completion of the new collective bargaining agreement—suggests that it was not some desperate Hail Mary after being left at the altar. The Titans like the way that Tannehill fits into their offense and how he has elevated the role of a traditional bootleg passer in a wide zone rushing scheme. Tannehill was fantastic on play action during the AFC championship game run but…he was also one of the most aggressive quarterbacks in football and the most accurate quarterback above expected completion percentage. He also seemed to maximize the Titans’ young star receivers in a way Marcus Mariota could not.

• The question should be: Did the Titans make the right move in giving Tannehill a four-year, $118 million deal? The new CBA disallowed their ability to use both the franchise and transition tags, respectively, on Tannehill and Derrick Henry. So instead, Tannehill gets a deal that reasonably ties him to the Titans for two years. It would be easy for the club to get out after 2021 and even easier to escape after 2022. The knee-jerk reaction here is to be scared that some of Tannehill’s success was due to the fact that he was a mid-season replacement and teams did not have a great concept of how he would be utilized within that offense. A franchise tag is a slightly higher one-year premium and raises the floor on a long-term deal but can also be erased after one season if Tannehill slinks back into the quarterback he was in Miami.

• One reason I kind of like the Ryan Tannehill deal: It’s not outrageous. We’re about to see an unprecedented spike in quarterback salary and this deal locks up a healthy, 31-year-old former first-round pick for roughly the cost of Kirk Cousins per year. Tannehill gets a solid amount of security (a guaranteed percentage better than Russell Wilson in Seattle), and the Titans enter into a high risk gamble that could accelerate the building of the remaining roster.

• This makes it easier for the Titans to now turn their attention toward Henry (and perhaps use the freed up franchise tag to get the most punishing runner in football under contract for about $12.3 million). I personally like this option given the increase in Henry’s workload last year. Statistically, there aren’t too many running backs who thrive beyond a 400-carry season (Henry, including the playoffs, carried the ball 386 times last year). He is the perfect runner for that offense, much like DeMarco Murray was perfect for the Cowboys or Terrell Davis was perfect for the Broncos. But, it’s also difficult to imagine that teams won’t find a way to chip away at their offensive line and create some early gap pressure.

• Back to Brady: While there are some very plugged in reporters who suggested that Brady would not be back in New England next year, it would seem the valid options are fading. Tampa Bay? The LA Chargers? Las Vegas? If reports that the Patriots are also only interested at a certain price is true, how unprecedented (and a little sad) would this be for the greatest football player in modern NFL history? A few months back, I surveyed a few agents and a former general manager on Brady’s open market price and there was zero hesitation. A lock at least $35 million with plenty of suitors. How the times have (potentially) changed.