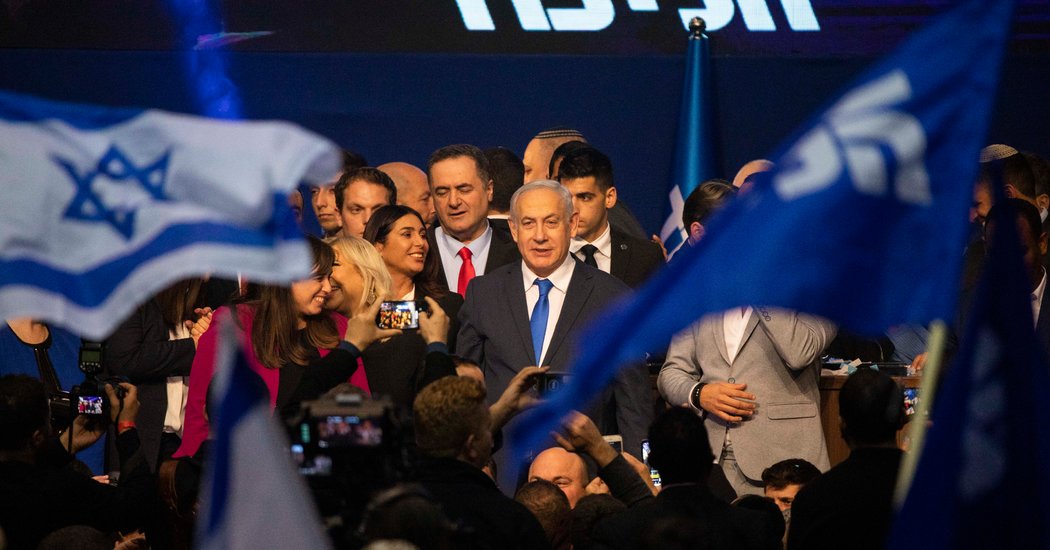 JERUSALEM — Justice will have to wait.

Prime Minister Benjamin Netanyahu’s long-awaited trial on bribery and other corruption charges, scheduled to begin on Tuesday, has been delayed at least until May 24, Israeli court officials announced on Sunday morning, citing the coronavirus pandemic.

The move came a few hours after Mr. Netanyahu’s handpicked justice minister, Amir Ohana, imposed emergency measures on Israeli courts in an order announced after 1 a.m. It also came as leaders of Israel’s political parties were about to hold a series of meetings on Sunday with President Reuven Rivlin to offer their recommendations about whom should he should entrust with the task of forming a government.

Mr. Netanyahu, Israel’s longest-serving premier, failed on March 2 for the third time in a year to win a new term outright after he fell short of a majority in parliamentary elections. Anti-Netanyahu forces led by Benny Gantz’s centrist Blue and White party won a slim majority in Parliament, but Israel remains politically deadlocked. Mr. Netanyahu’s holdover right-wing government is still in charge but is wanting for public legitimacy.

The charges against Mr. Netanyahu include fraud and breach of trust. He is accused of accepting bribes from several media tycoons including expensive gifts and overwhelmingly positive media coverage in exchange for lucrative official favors.

The delay of Mr. Netanyahu’s trial set off a wave of criticism.

“We have the Italian mafia here, and how,” Yariv Oppenheimer, a left-wing activist and former director of Peace Now, wrote on Twitter.

Nitzan Horowitz, leader of the left-wing Meretz Party, said, “Courts and parliamentary operations must not be suspended, even in emergencies.”

The written order by the justice minister, Mr. Ohana, had a duration of a single day, but a spokesman said officials would reassess the situation late Sunday and decide whether to extend it.

It was released just hours after Mr. Netanyahu announced on Saturday night that digital and technological means would be employed to track citizens known to have contracted the virus — an extraordinary measure that he said had been drawn from Israel’s war on terrorism.

Israel was “at war” with an “invisible enemy,” Mr. Netanyahu said.

Even before the announcement by Mr. Ohana, Mr. Netanyahu’s opponents had accused him of exploiting the pandemic to consolidate his power and to try to force the establishment of a national unity government with himself at its head.

“Everyone who criticized us when we warned that we were turning into Erdogan’s Turkey should acknowledge and internalize the cynical exploitation of the coronavirus crisis for the personal political interests of a defendant before a trial,” Moshe Yaalon, a former army chief who is a leader of Mr. Gantz’s party, wrote on Twitter just before midnight Saturday.

Early Sunday, after Mr. Ohana’s order but before the Netanyahu trial had formally been delayed, Mr. Yaalon added: “Blue and White has enlisted to eradicate the coronavirus, unconditionally and without political interests. Blue and White cannot be complicit in the elimination of democracy in our country by a defendant running away from justice.”

Mr. Netanyahu, for his part, said Sunday morning that he had again asked Mr. Gantz to “join a national emergency government headed by me.” He said he had proposed to lead such a government for two years and then to allow Mr. Gantz to take over as prime minister. Opponents of Mr. Netanyahu have spurned his prior overtures about such a rotation agreement on the grounds that they do not believe he would keep a promise to step aside.

As Israel’s coronavirus caseload topped 200 Sunday morning, the government ordered the closure of all leisure venues, including cafes, restaurants, gyms, day care centers and cultural institutions. Public gatherings are limited to 10 people, and workers must work from home if possible.

The defense minister, Naftali Bennett, announced on Saturday that Israel was converting three hotels — in northern, central and southern Israel — to isolate patients known to be carrying the virus but who have not yet shown symptoms. The move was meant to avoid overwhelming hospitals with patients who may not need much medical care.