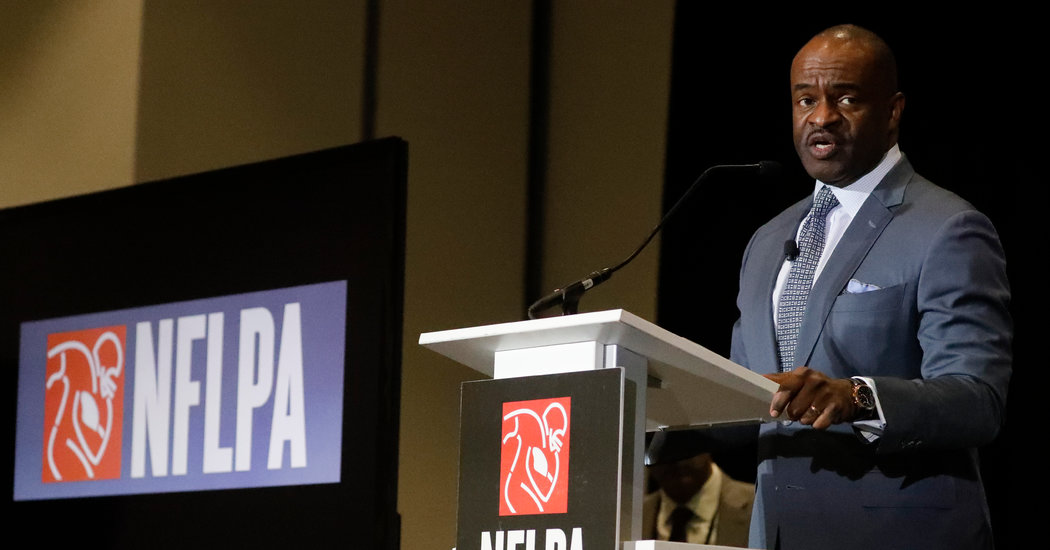 In recent weeks, some veteran players including Richard Sherman and Aaron Rodgers publicly opposed extending the regular season because they feared a rise in injuries. Other players used social media accounts to voice their opinion that the proposed revenue split was still too low.

Russell Okung, an offensive tackle on the Los Angeles Chargers and a former member of the union’s executive committee, which is responsible for negotiations, filed a complaint in early March with the National Labor Relations Board accusing the N.F.L.P.A. staff, including its executive director, DeMaurice Smith, of forcing a vote on the deal over the objections of its executive committee, a potential violation of the union’s constitution.

In the end, all of those concerns were nullified by a majority of players who voted yes to the agreement. Roughly 60 percent of players are paid minimum salaries, and the current agreement will give these rank-and-file players a pay raise of about 20 percent in the coming year. They will also see increases to their pensions and other benefits.

To ease player concerns about the agreement increasing the season’s length, the owners agreed to eliminate one preseason game and to trim the number of padded practices that can be held during training camp. The new contract adds two more teams to the postseason, increasing to seven per conference and eliminating a bye week for the second-seeded teams in the A.F.C. and N.F.C., but will mean bonus checks for a greater number of players.

All players’ pensions and annuities will also increase. The size of rosters and practice squads will also grow, and weekly salaries for practice squad players will grow, too. Workout rules in the off-season and training camp will be eased and the league’s drug policy will be revised to eliminate suspensions for players who test positive for marijuana, and those tests will be based on a threshold more than four times higher than under past policy.

Though retired players do not vote on labor agreements, they will see some improvements in their benefits. Players who retired before 1993 who have only three credited seasons will now be eligible to receive benefits, compared to the four years that were currently needed. Former players will also see a bump in the value of their pensions.

But the agreement also trimmed some disability benefits. Inactive players who collect up to $135,000 year, or $11,250 a month, in disability benefits will now have that amount reduced by the amount of money they receive from Social Security.