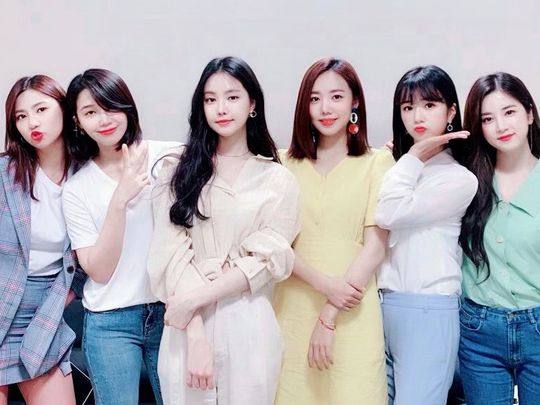 The coronavirus outbreak has taken a toll on the K-Pop industry, but it hasn’t stopped artists from not only making generous donations to help combat the pandemic but working on new music for their fans.

Last week, a couple of K-Pop artists confirmed they would be releasing some new music. Here are some names that will be blessing our playlists soon:

After hinting at a comeback with a mysterious motion teaser last Tuesday, the boy group officially announced their return with first single album, ‘In Its Time’. The upcoming offering will be available to fans on March 24 at 6pm KST (1pm UAE time), marking their first comeback for the year. The six-member rookies’ last Korean comeback was in September with EP ‘Fly With Us’, a favourite among UAE fans as it charted high on the local iTunes chart.

Last Thursday, Exo’s Baekhyun set the record straight by responding to a fan that new solo music is on the way when he posted a photo of a recording studio on Twitter. Baekhyun made his solo debut last July with hit EP ‘City Lights’ fronted by lead track ‘UN Village’, which both landed on top of the local iTunes chart. His upcoming release will be no different.

Baekhyun’s labelmate Changmin is also preparing to release his debut solo album. The forthcoming release will drop sometime in April, his label SM Entertainment confirmed on Friday. Since 2003, the veteran star has recorded songs for TVXQ!’s discographies as well as soundtracks but never debuted as a soloist, much like his bandmate Yunho. So, his loyal fans are anticipating it.

Winner’s comeback is long awaited. On March 12, YG Entertainment and the boy group dropped on social media a poster of the group, with “Coming Soon” and a release date. Last month, their label confirmed the quartet was preparing for their March return following their last Korean EP ‘Cross’ release — which topped the iTunes UAE albums chart — in October, building up anticipation among their fans. After dropping their album on March 26, the members are expected to fulfil their mandatory military enlistment duties sometime this year.

Play M Entertainment revealed that its girl group Apink is gearing up to drop some new music in April, without disclosing any details on the album’s concept or release date yet. Their return to the K-Pop scene comes after a year and three months since EP ‘Percent’ in January 2019 and special single ‘Everybody Ready?’ to commemorate their eight-year anniversary.