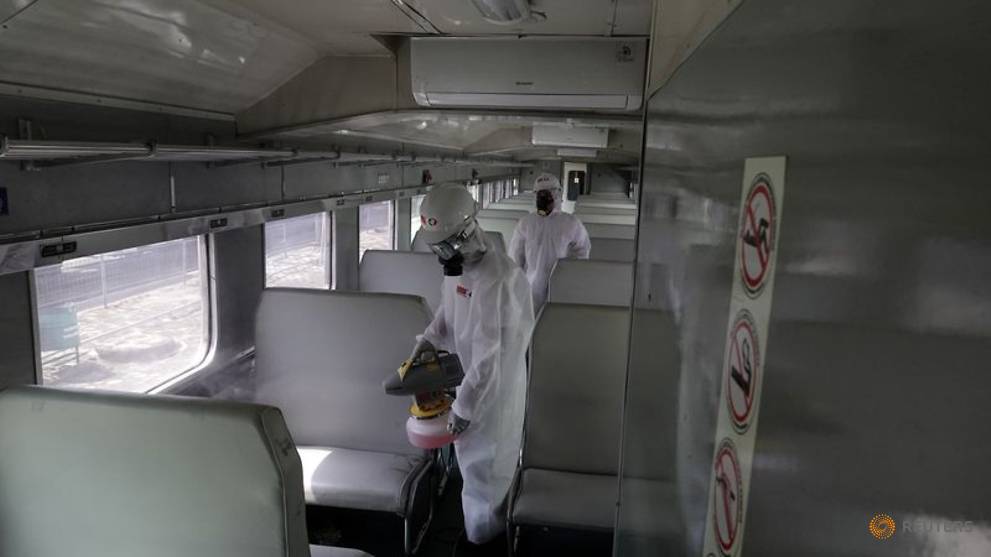 JAKARTA: Indonesian President Joko Widodo said on Sunday (Mar 15) he would get tested for coronavirus, while some of his ministers had also undergone precautionary tests after the Southeast Asian country’s transport minister tested positive for the disease.

Widodo also suggested people work from home and avoid mass gatherings, as he sought to calm rising concerns about the spread of the virus in the sprawling archipelago.

Indonesia, the world’s fourth most populous country, reported on Sunday the number of infections had risen by 21 to 117. Five people with the virus have died in the country.

Jakarta and several other provinces and cities have already announced school closures starting this week, and some companies are asking staff to work from home.

Transport Minister Budi Karya Sumadi was confirmed to be suffering from COVID-19 on Saturday. Widodo, who led a Cabinet meeting attended by Sumadi on Wednesday, said the minister was still being isolated in a hospital.

Sofyan Djalil, a minister in charge of land planning who was sitting closest to Sumadi at the cabinet meeting, had tested negative, a ministry spokeswoman said.

While most confirmed cases have been clustered in Jakarta, cases have also been reported in cities in western and central Java, Manado on Sulawesi island, Pontianak on Borneo island and the holiday island of Bali.

The president said he would let regional governments decide on whether to declare emergency status over outbreaks.

“The most important thing right now is social distancing, how we maintain a distance. That’s why I said in this condition we should work from home, learn at home and pray at home,” Widodo said.

The number of cases had grown around 30 per cent everyday, while only 10 per cent of those infected had recovered, Kalla said, warning this could mean around 1,000 cases within the next week.

“We have to take emergency actions and quickly, swiftly because we’re at war and our time is limited,” he said.

Civil servants would be allowed to work from home starting this week and shifts would be arranged to make sure public services are maintained, a government statement said.

Indonesia confirmed its first cases of the virus on Mar 2, while some countries in the region had reported scores of cases far earlier, raising concerns among medical experts about infections either not being reported or going undetected.