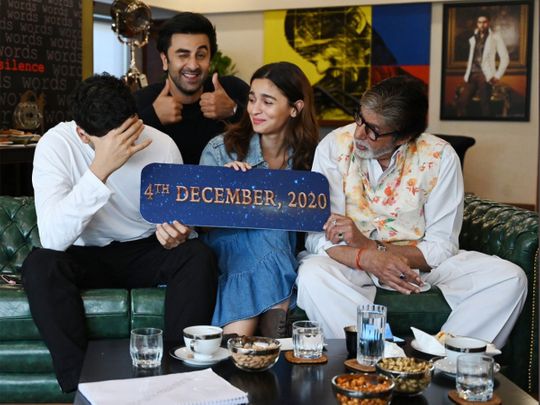 It’s official. After convening an urgent meeting to discuss how to stem the spread of the coronavirus, the Indian Motion Picture Producers’ Association on Sunday decided to impose a blanket ban on all shootings of films, TV serials and web series from March 19 to March 31 in India.

“All units shooting till the stoppage comes into force have been strictly advised to follow all precautionary and preventive measures without fail. Decision about re-starting shootings shall be taken on March 30th after considering the prevailing situation,” said the IMPPA circular that was signed by various authorities that govern filming of films and television serials in India.

Even before the circular became public, producers of films including Ranbir Kapoor’s ‘Brahmastra’ and Shahid Kapoor’s ‘Jersey’ had taken the call to halt production and filming, keeping in mind the safety and health of their crew.

Films including actor Irrfan Khan’s ‘Angrezi Medium’s screening were abruptly ended when the cinema halls in Delhi and different parts of the globe shut down their halls until further notice.