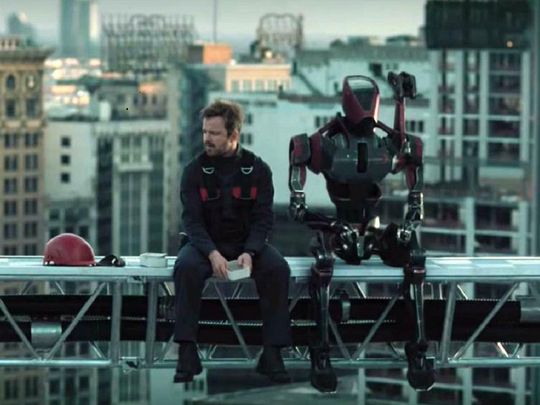 ‘Westworld’ isn’t a western anymore. So what is it?

It’s been nearly two years since HBO’s dystopian amusement-park sci-fi action thriller, owner of a relatively small but disproportionately passionate audience, ended its second season. After 10 episodes of bloody insurrection against the humans who made them and used them, a number of robot “hosts” escaped from the Wild West-themed entertainment zone of the title, some to a digital paradise called the Sublime and one, the deadly revolutionary Dolores (Evan Rachel Wood), into the real human world.

Season three, beginning on March 15, follows Dolores into futuristic but otherwise ordinary urban landscapes and into new frontiers of genre. With Westworld itself shut down for a deep cleaning, what we mainly get in the early episodes (four of the season’s eight were available) is a pretty straightforward version of Los Angeles corporate noir, with debts to ‘Blade Runner’ and the films of Michael Mann.

(Also thrown in, just for fun, are some scenes in a Second World War park where robot Nazis pursue robot partisans, analogous to last season’s samurai sequences and just as cringeworthy.)

Dolores’s outfits have progressed from frontier frocks to black sheaths and her weapons from Winchesters to assault rifles. And her ambition has grown from freeing her fellow Westworld hosts to something grander and more frightening, involving perhaps the elimination or the subjugation of the human race. (As always, she keeps her cards close to her vest.)

But the ideas that animate the action, or at least try to lend it some gravitas, remain the same. Dolores, cluing in the hosts to their own exploitation and lack of freedom, is both avatar of revenge and leader of the class struggle. And technology is the Big Bad, isolating us, controlling us and trading on our personal data.

The new urban settings provide convenient and apt shorthand for those themes. Characters spend more time talking to their houses, holographic assistants and the comforting simulated voices of dead friends than to actual people. A major new character, Caleb (Aaron Paul), is a troubled veteran who ekes out his construction salary by checking in on a jobs app for minor criminal work — a new facet of the gig economy.

Paul’s hangdog nobility is a fine addition to the show, even if Caleb reads an awful lot like a gloss on Harrison Ford’s Deckard in the original ‘Blade Runner.’ None of the other new cast members, who include John Gallagher Jr as a tech mogul, Vincent Cassel as a shadowy trillionaire and Lena Waithe as one of Caleb’s employers, makes a major impression in the early going.

The returning cast, though, still offers the value that the show’s writing and plotting can’t consistently deliver. Wood has perfected Dolores’ combination of vulnerability and cool lethality. Jeffrey Wright also returns as Bernard, the host made in the image of the man who helped create the hosts, and Thandie Newton as Maeve, the sharp-witted robot who shares Dolores’ determination toward freedom but with less murderous intent. They’re as good a central trio as a drama could hope for.

That they can’t always jolt the show to life, or overcome its tendency toward a critical mass of self-consciousness and ponderous seriousness, isn’t their fault. Wood, with a half smile, and Newton, with an arched eyebrow, can give any line an amusing spin, but humour is otherwise a precious commodity in ‘Westworld.’ (The one good joke in the early episodes is a fleeting visual reference to another popular HBO show.)

And too much of the dialogue — “I don’t concern myself with the present, my business is the future”; “This isn’t exactly the ideal moment for introspection, Bernard” — still sounds as if it was written by robots who haven’t received the freewill update.

Those problems are exacerbated, if only slightly, by the show’s overall need to reboot itself now that it has left its previously self-contained environs. That’s not just a matter of settings — the semiapocalyptic conclusion of season two required that all the main characters be reintroduced to some degree, with their survival explained and their current situation sketched in. So Bernard, Maeve and the formerly human, now synthetic Charlotte (Tessa Thompson) each get the equivalent of a miniorigin story, slowing down the development even though the season will have fewer episodes than did the first two.

The show’s production remains sleek and eye-catching, however, and its ideas at least superficially intriguing, as long as the stellar cast can hold onto your attention. And the moment may be exactly right for a paranoid meditation on the possible end of the human race.

As Dolores says: “They made it so easy, the way they built their world. It won’t take much to bring it all crashing down.”