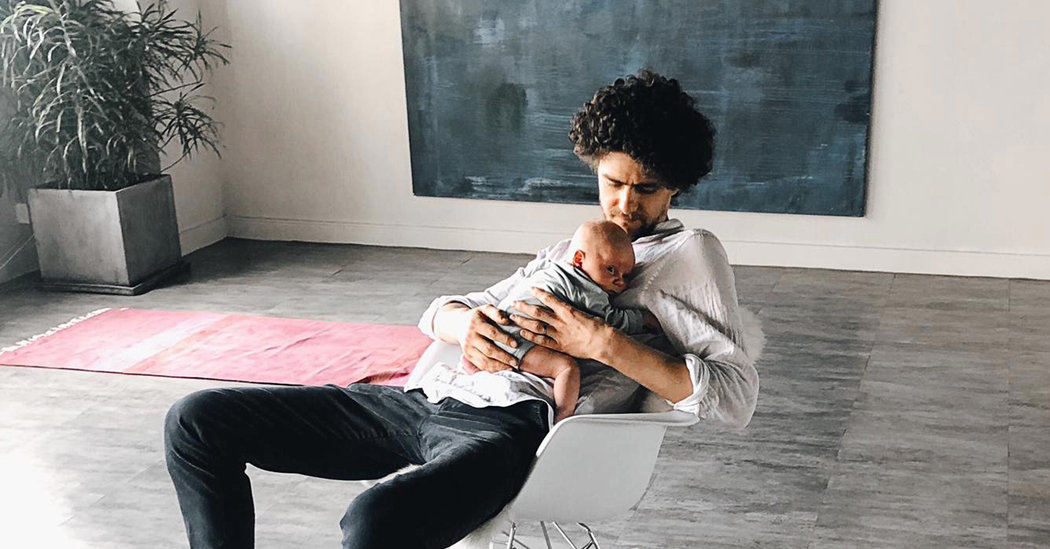 Our baby was refusing to leave the womb, and who could blame him? Hong Kong, where his parents lived, was reeling from an epic spell of protests and pestilence.

He had been conceived in May, about three weeks before antigovernment demonstrators began occupying roads and clashing with riot police officers, kicking off a monthslong political crisis in the semiautonomous Chinese territory.

Then, as winter set in, a new coronavirus appeared in the Chinese mainland, killing dozens of people a day as it marched southward toward us.

For me and my wife — two journalists who met at a news conference in Hanoi, Vietnam — all that front-page drama was professionally invigorating.

But as an expecting couple, we found it nerve-racking.

[Pregnant and worried about coronavirus? Experts weigh in.]

Our first challenge was dealing with the pepper spray that lingered on my body for hours after I covered protests for The New York Times, even while wearing long sleeves and a face mask. I decided to sleep on the couch out of fear that the chemicals might affect the baby.

Another dilemma was figuring out how to keep my pregnant wife safe. Cat was editing from the comfort of her company’s newsroom, which sits near the respective headquarters of Hong Kong’s legislature and police force. But was the immediate area around her own building dangerous?

For a while the answer seemed to be no. Then, as protesters increasingly targeted those government buildings with gasoline bombs — and the police battled them with tear gas and water cannons — we weren’t so sure.

We were especially concerned when a fellow journalist, who was covering a street clash from a pedestrian bridge that runs from my wife’s office to the nearest subway station, was permanently blinded in one eye by a police projectile that hit her in broad daylight.

Our neighborhood, two stops away on Hong Kong’s main island, was hardly a refuge from violence. The sidewalks were occasionally overrun with chanting crowds, and we often heard police and ambulance sirens wailing into the night. It didn’t help that we lived near a shopping district that protesters loved to occupy, or that brawls were breaking out down the road between people on rival sides of Hong Kong’s political chasm.

“Why do we live in a city that has so much drama?” my wife asked.

In late summer, we signed a lease on an apartment at the end of the subway line. That was partly an effort to find some peace from the protests, in which hard-core activists were now setting street blazes and vandalizing stores that they perceived to be pro-Beijing.

Then, just as the weather turned and the protests began to cool off after a wave of mass arrests, I stopped reporting in order to begin writing one of The Times’s daily newsletters.

So long, stress and face masks! We ordered a crib. It was finally time to relax and prepare for the baby’s expected arrival in early February.

Well, not quite. Soon the new coronavirus was spreading through mainland China, and our earlier worries about street violence and chemical contamination were replaced by fear of a lethal pandemic.

“It’s amazing what this baby’s been through when he’s been incubating,” my mother said over the phone from New York.

“Let’s move to the country,” said Cat, whose uncle has a farm in England. But by then she was deep into her third trimester, and it was too late to fly anywhere.

As the Hong Kong authorities confirmed dozens of infections, panic buying gripped the city, including at our local minimart, where supplies of face masks and toilet paper were quickly exhausted.

We snapped up the dregs: couscous and ginger cookies. Were we panicking?

The local fear was driven by memories of the SARS coronavirus epidemic of 2002-3, which had killed nearly 800 people worldwide and 299 in Hong Kong alone. It was impossible not to think about that, particularly with a baby on the way.

Still, we reminded each other, the risk of contracting the virus was probably low. The key thing was to minimize risk.

[How to talk to your kids about coronavirus.]

Cat went on maternity leave and stopped taking public transit, as I began working from home and skipping my beer-league ice hockey games. We also postponed indefinitely our weekly Caesar salads at the Foreign Correspondents’ Club (which said in March that a member who was there in late February had later tested positive).

As February dawned, Hong Kong’s schools were shuttered and most of its border crossings to the Chinese mainland had been closed. Now most people on the sidewalks were masked — not just protesters and riot police — and the mood somehow felt even more eerie and apocalyptic than when the city had literally been burning.

Maybe our baby sensed that, because he blew past his due date.

But a week later, we found ourselves rushing — on the roads where I had been tear gassed eight months earlier, past government buildings that were now heavily fortified against protesters — to the hospital in the middle of the night.

[Learn more about the latest science on coronavirus and pregnancy.]

The staff checked us in quickly, albeit only after taking our temperatures and requiring us to certify that we had not been to Wuhan, where the virus had originated, in the previous 14 days.

Within about two hours, my boy was in my arms, looking up at his dad with two searching, slate-blue eyes the color of his mom’s sapphire engagement ring. I lowered my face mask to kiss him.

The hospital walls were plastered with “emergency response” warnings, and there would be much to fret about once we left. Namely: How would we protect our child from the virus, and when would it be safe to fly him across the world to meet his grandparents?

For now, though, we were overcome with joy. And the world’s bad news, which normally absorbs us, was falling away like the earth in a plane window.