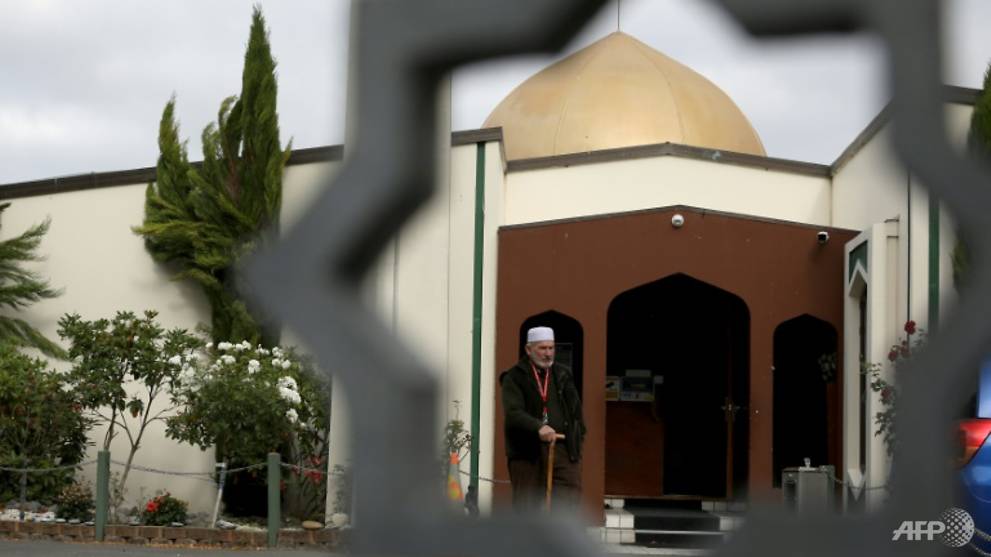 CHRISTCHURCH: Aliya Danzeisen rises before dawn every day to hear the news so she can prepare her school-age daughters for any harassment they may face for being Muslim.

“We don’t feel any safer,” the Muslim community leader says, reflecting on the 12 months since the Christchurch mosque attacks, in which a self-declared white supremacist killed 51 Muslims at Friday (Mar 13) prayers.

The abuse experienced prior to the attacks on Mar 15 last year died down immediately after the killings, Danzeisen said, adding: “It felt the entire New Zealand population was rallying behind us.”

But she says it is now on the rise again, a year on from the killings that rattled the normally peaceful South Pacific nation, with unease among the Muslim community amid ongoing vitriol and threats.

Prime Minister Jacinda Ardern – who received widespread praise for her handling of the aftermath of the massacre – admitted Friday there was “much more” her country could do to tackle white supremacists.

Anjum Rahman, co-founder of the Islamic Women’s Council of New Zealand said there was an “undercurrent or rhetoric of hate … it isn’t just our community, we see it a lot in online hate (towards) the transgender community.

“I wouldn’t say it’s specifically just us, but we’re feeling it.”

Muslim women who wear headscarves were targeted “because they think we’re vulnerable and can’t fight back”, she said.

Gun laws were tightened, Ardern launched a global campaign to have terrorist and extremist content removed online, and a judicial inquiry was established to investigate what could have been done to prevent the attacks.

Danzeisen, a former corporate lawyer in the United States who moved to New Zealand 14 years ago, said she believes the support shown to Muslims in the immediate aftermath of the shooting “surprised those in the fringe supremacist movements”.

“As a result it’s made them more defensive and more vitriolic, they’ve become louder,” she said.

In a recent threat to the Islamic Women’s Council “they told us that they knew what we were doing, who we were, who we were meeting with and they were watching us and there was a mention of poisoning”.

Danzeisen said she felt it was important to brief her high school-age daughters about global incidents so they could handle any intimidation.

“I did that for years, so they could go to school and be prepared, to be able to explain to peers or teachers when there is an international issue to explain why in their response. I am aware of children being harassed both by peers but also educators.”

The impact spreads beyond New Zealand. At the Al Noor mosque Jabara Akhter Juti said her family in Bangladesh remain “very concerned about me” since she moved to Christchurch last year with her husband.

The imam at Al Noor, Gamal Fouda, wanted the broader impact of extremism addressed and not just confined to Muslims.

“That was a war against New Zealand, not only against Muslims, because today it is against one group tomorrow against another group, people of other ethnic backgrounds are targeted,” he told AFP.

Mosque spokesman Tony Green said a recent incident in Auckland where a Chinese doctor was abused in public because of coronavirus highlighted the problem.

“I don’t know if she was born in New Zealand but she’s been here for a very long time and she had people shouting at her ‘go back to China’.

“This is part of a much wider issue and I think people need to come to terms with it.”

“It’s global issue, it affects communities all across the world.”

The inquiry into the mosque shootings is due to report back at the end of April.