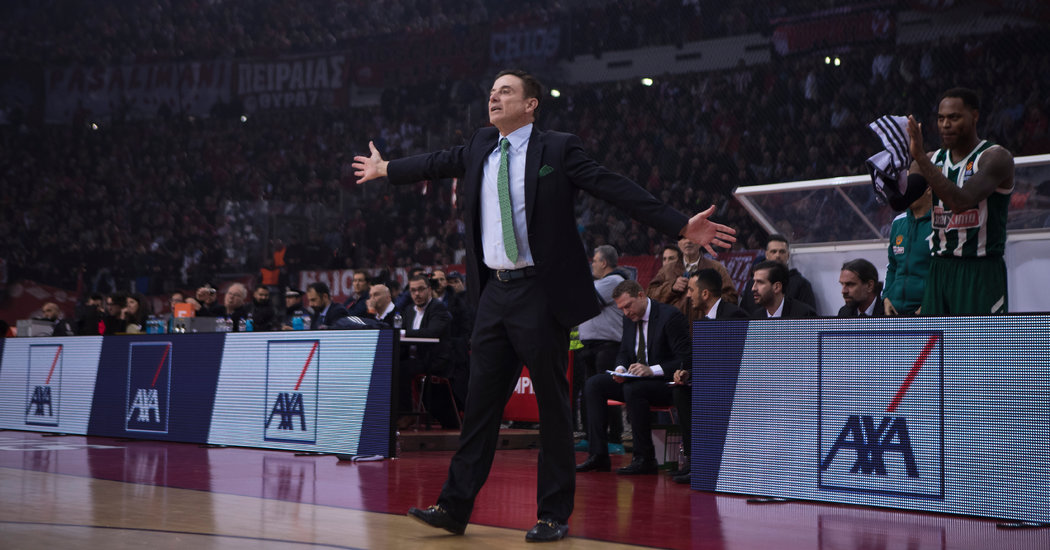 NEW ROCHELLE, N.Y. (AP) — The Hall of Fame coach Rick Pitino was named the new leader of the men’s basketball program at Iona College on Saturday.

Pitino had coached at Louisville from 2001-17 before being fired in a pay-for-play scandal and had been coaching in Greece. He succeeds Tim Cluess, who resigned as Iona’s coach Friday because of health concerns. Cluess had six N.C.A.A. Tournament appearances in his 10 seasons.

“My passion in basketball started in New York and will end there at Iona College,” Pitino said in a statement released by Iona, a Catholic school in Westchester County with an undergraduate enrollment of about 3,300 students.

“Tim Cluess has done a spectacular job creating success and a winning spirit,” Pitino added. “At Iona, I will work with the same passion, hunger and drive that I’ve had for over 40 years.”

Pitino, 67, has a 770-271 record in college and became the first coach to take three different programs to the Final Four. He won national championships at Louisville (2013) and Kentucky (1996) and also went to the Final Four with Providence in 1987.

Last June, Pitino coached Panathinaikos to the championship in the Greek League.

Pitino still planned to coach the Greek national team in the Olympic qualifying tournament scheduled for June, he told The New York Times in a text message. “I’m honoring all my commitments in Greece,” he said.

Iona President Seamus Carey said, “after a thorough interview process we are confident that Rick’s experience and commitment to Iona and our community make him the right person to continue to build on Tim Cluess’ success.”

Pitino’s return to college basketball comes nearly six months after he and Louisville settled lawsuits stemming from his departure in 2017 in the wake of a federal investigation of corruption in college basketball.

Pitino had sued the University of Louisville Athletic Association for more than $38.7 million in November 2017, accusing the association of breaching its contract by firing him for cause. The school had countersued and sought monetary damages for vacated games and bonuses. Pitino received no money in the settlement, with his personnel file changing from termination to a resignation effective 13 days before he was fired.

The settlement closed a bitter final chapter between the school and Pitino, who wasn’t named in the federal complaint. He repeatedly said he knew nothing about payments made to the family of a recruit to sign with Louisville.

The school’s acknowledgment of its involvement in the federal investigation came as it appealed N.C.A.A. penalties that cost Louisville its 2013 national championship.

In that case, the governing body ordered the vacation of 123 victories, including the Cardinals’ third national title and their 2012 Final Four appearance, following an escort’s allegations that the former Louisville staffer Andre McGee had hired her and other dancers to strip and have sex with players and recruits.

Pitino said he was unaware of any of the activities described in the book. While Louisville reiterated in a joint settlement statement that infractions under his watch led to “serious consequences” for the school, it acknowledged Pitino’s success and commitment to his players and thanked him for his service.