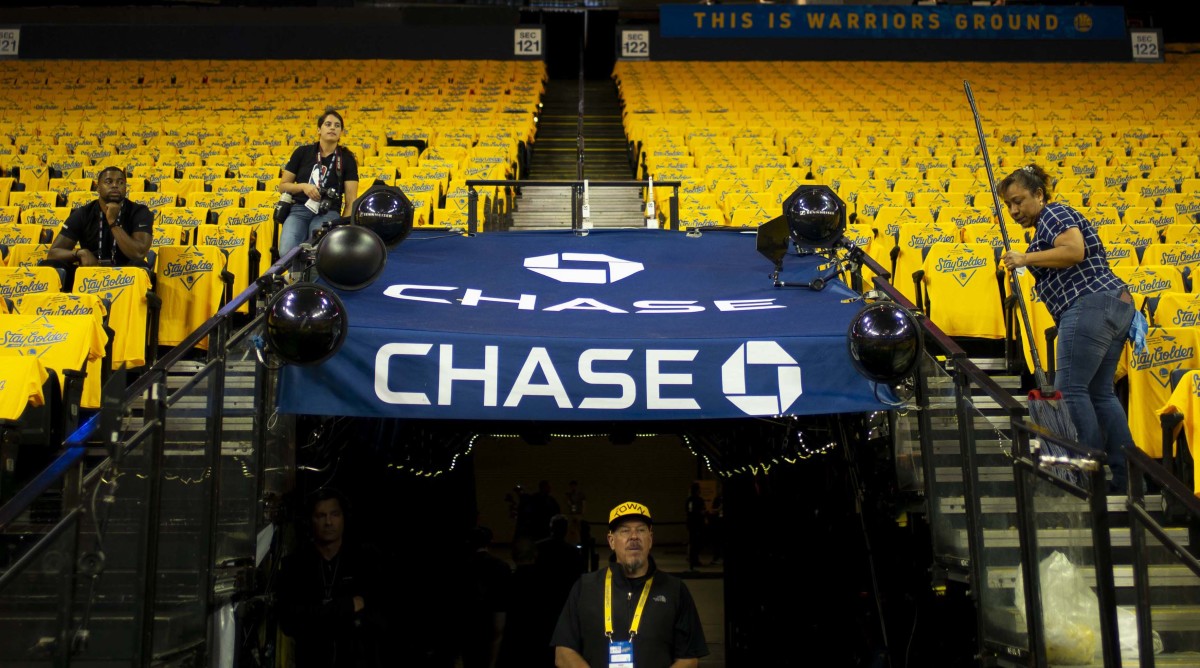 If you’re following this story as a sports fan, at some point you’ve probably yearned for normalcy. It makes sense. The pandemic is scary. It’s unclear what you should do or how worried you should be, and there would probably be some comfort in being able to watch your favorite team or player perform for a couple hours, if only to forget how bad everything else in the world is. “Sports is an escape” is a common refrain you’ll hear from many writers, and now some people feel lost without them at a time when they’re desperate for some kind of unifying force.

Sports can absolutely be a distraction, but what we’re seeing in the wake of the coronavirus pandemic is how that’s a double-edged sword. While sports may help you forget about the White House’s inability to secure proper testing for most Americans, how leagues, teams, and owners handle the fallout of their season suspensions is hugely important to the welfare of many. If you need something to focus on without any games to watch, consider that what many of us merely consume as entertainment is the livelihood for countless people who are at a high risk in these uncertain times.

Let’s start with the NBA. Ethan Strauss detailed this well at The Athletic today, but the league absolutely put thousands of people at risk by continuing to hold games this week. I have sympathy for the logistical concerns of an enterprise like the NBA simply deciding one night to suspend its season. It’s not an easy decision.

You don’t need to even be a pandemic expert to understand that once coronavirus became prevalent in major cities like Los Angeles, San Francisco, or New York, holding events with 20,000 people in one place probably should have been avoided, and yet the NBA played a few more games anyway. (Not to mention the league wanted to go ahead with the Pelicans-Kings game Wednesday night until someone in the arena realized shortly before tipoff that referee Courtney Kirkland had just officiated a Jazz game.)

The NBA absolutely deserves more scrutiny for why it decided to suspend the season when it did, what advice it received from disease experts in the days leading up to the suspension, and how many thousands of people it potentially unnecessarily put at risk. If the NBA continued playing games at packed arenas to squeeze a few more dollars out of the season and put thousands at risk, the league is far from innocent.

There’s also the situation in Oklahoma City, in which Oklahoma health officials quickly administered 58 coronavirus tests to Jazz players and staff after Gobert was found to have the disease. On the surface, this is good! In an ideal world, in a situation where someone is at a high risk of exposing others, being able to sequester people who’ve possibly been exposed to the disease and testing them quickly is what should happen. Coronavirus testing should absolutely widely available and quickly administered to high-risk groups.

The 58 tests administered to Jazz players and staff Wednesday represented 60 percent of Oklahoma’s peak daily capacity, according to The Daily Beast. There are high-risk Americans with COVID-19 symptoms right now who aren’t able to be tested because of the lack of kits around the country. The federal government has no handle on this disease or the actual number of carriers because of the lack of testing. The fact that a sports team was able to receive tests so quickly is a major story, and one that people in charge absolutely have to answer for. Oklahoma health officials obviously had a tough decision to make that night, and they almost certainly made the right one to get a sense of how many people could be at risk, but the structural inequality in who receives tests in a timely manner is staggering. People in Oklahoma who are ill and struggling to be tested have every right to be furious at how easy it was for the Jazz.

There is also the issue of non-salaried arena workers. Their plight is perhaps a microcosm of the greater economic troubles caused by this pandemic. Part-time staffers who work NBA games or people who rely on NBA games for their income are at the mercy of the league and its owners right now. While self-quarantining is ultimately a good strategy and making people avoid public gatherings can help slow the spread of the disease, it affects businesses like restaurants and others who rely on the basic act of people going out and doing things for their income.

So far, only a few teams have pledged to continue compensating the workers who will be most affected by the season suspension. The Hawks, Nets, Pistons, Mavericks, Wizards, Cavaliers, Heat, and Rockets are among those who will reportedly put a program in place for non-salaried employees, though details on many of those plans are vague. Even if the NBA and its teams stand to lose millions of dollars from the season suspension, there‘s no reason for arena workers not to get paid. If they’re part time, they may already be struggling to find adequate healthcare. If they’ve been working in NBA arenas, they’re possibly at a relatively high risk of coronavirus exposure. The league and its incredibly rich owners absolutely have the means to pay these people, and a more formal plan needs to be put in place for them immediately.

Instead, we’re seeing teams individually handle their arena workers and it’s unclear what that really means for those who can’t work. The fact that some players have stepped up before their owners is absolutely shameful. Good for Kevin Love, Giannis Antetokounmpo, and Blake Griffin for donating money. But it shouldn’t be needed. Zion Williamson, a 19-year-old in his first year in the NBA, pledging to pay the salaries of Pelicans arena workers before Gayle Benson—who is worth over $3.1 billion—is abhorrent.

How many owners demanded public funding for their arenas? Marc Lasry and Wes Edens, the multibillionaire owners of the Bucks, received $250 million in taxpayer money for the Fiserv Forum. Before Lasry and Edens stated any kind of compensation plan for their out-of-work hourly employees, Antetokounmpo pledged $100,000 for them. Instead of then ensuring those workers would be paid, the Bucks merely announced they would match player donations as opposed to taking on the responsibility themselves.

You may be missing the games right now, and I understand. Nobody wants yet another thing to worry about. But losing sports means so much more than losing a few hours of entertainment every night. The coronavirus is helping to lay bare the motivations of our institutions and business leaders, and for the most part, the results haven’t been particularly flattering.

I can’t stress how many times I’ve heard team employees talk about how much their communities mean to them. General managers will tell you how important it is to have a relationship with their city manager or mayor. PR reps will tell you how the identity of the team neatly matches the identity of the city they play in. How many NBA teams try so blatantly to appeal to blue-collar works and the people who grind in their city?

Well, it’s those people who are in the most need of support during a public health scare like this one. As long as our government flops in the face of crisis, we should demand more from our institutions to help those in need, particularly those who exploit their communities for financial support when it’s convenient for them.

You may be wondering what to watch without sports. I suggest keeping an eye on how your favorite NBA, MLS, MLB, or NCAA team is handling the fallout of coronavirus suspensions. Eventually, the games will return, and you will be allowed to have fun again. But while fans may look to their favorite teams as a distraction from what’s going on in the world right now, countless others can’t escape the severe consequences of what this pandemic means.