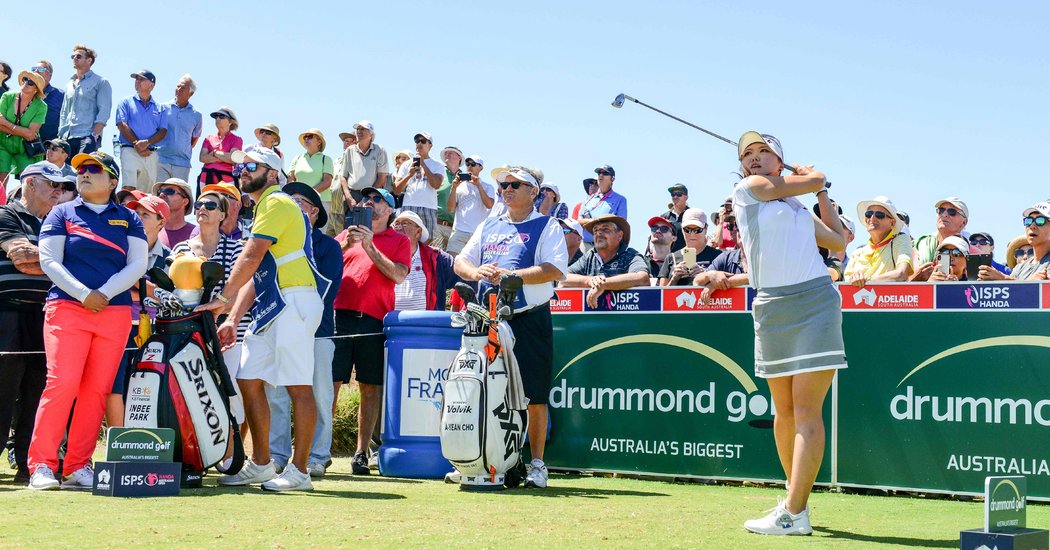 This was set to be a groundbreaking year for women’s sports.

The United States women’s national soccer team has sued its governing body, claiming gender discrimination, and received widespread support in its battle. The W.N.B.A. and its players union have agreed on a collective bargaining agreement that would increase salaries and provide new maternity benefits. The Women’s Tennis Association has been awarding record-breaking prize money. The National Women’s Hockey League got an increased schedule of 24 games, as well as new sponsors and owners.

But that was all before game-by-game cancellations turned into a flood of proclamations that “due to an abundance of caution” over coronavirus risks, this season would be canceled, that venue shut down, this competition postponed.

Women’s leagues have always had to fight to get a fraction of the money, screen time and other resources allocated to men’s leagues. At a time when the biggest and most well-funded leagues are questioning their future, what will happen to the women’s leagues — and the athletes who compete in them — when the sports world re-emerges from its hiatus? And when that happens, how will money, on-air time and access to shared venues be distributed between men’s and women’s sports facing shortened seasons.

Michael Whan, the commissioner of the L.P. G.A., was one of the first major sports stakeholders to publicly plead for patience from sponsors, who pay golfers based on the number of their tournament appearances. On Thursday, the L.P.G.A. indefinitely postponed three tournaments — the Founders Cup, the Kia Classic and the ANA Inspiration — increasing the layoff its athletes have endured since the tour canceled events in Thailand and Singapore last month. The women now face a month without notable tournaments, a critical blow to their earnings and their profiles.

“Please consider disregarding the number of events they play or how many times they are televised in 2020!” Whan tweeted. “I know they want to play, but we are keeping them (and others) safe. Please don’t penalize them for my decisions!!”

Less than a month ago women’s sports took center stage at the memorial service for Kobe and Gianna Bryant in Los Angeles. The W.N.B.A. star Diana Taurasi spoke, as did the acclaimed University of Oregon guard Sabrina Ionescu and Geno Auriemma, the coach of the University of Connecticut women’s basketball team. The future, they said, was female athletes.

Attendees and millions watching on TV and online listened to Ionescu say that if Kobe saw her as the present of the game, he saw Gianna, also known as Gigi, as the future.

“I wanted to be a part of the generation that changed basketball for Gigi and her teammates,” Ionescu said through tears. “Where being born female didn’t mean being born behind. Where greatness wasn’t divided by gender.”

Ionescu’s collegiate career was cut short with the cancellation of both the men’s and women’s N.C.A.A. basketball tournaments. Viewership and attendance for the women’s tournament, and Oregon Ducks’ games in particular, were expected to be especially high this year because of Ionescu’s star power.

Next on the calender for Ionescu and other heavily scouted women’s basketball players is the W.N.B.A. draft, scheduled for April 17. The start of training camp is to follow on April 26, and the season opener on May 15. All those dates still stand, but they have been thrown into flux as sporting leagues reconsider large gatherings.

If some events are postponed, their schedules may clash with those of reawakened men’s leagues. Many professional women’s leagues share arenas with men’s teams, playing during different months of the year. And unlike elite men’s leagues that rely on huge TV deals from major networks, the W.N.B.A. and the W.N.H.L. must count on sponsors to ensure that their seasons run and their paychecks clear.

There’s a reason that women’s basketball jerseys display their sponsors’ names so prominently. The jerseys of the Minnesota Lynx are almost covered by such names, with the Mayo Clinic above each player’s number and Verizon below it. A small team logo sits on one shoulder.

Sponsorship deals, particularly those for individual athletes, tend to have clauses that specify payment based on the number of games played and appearances made on TV and at live events. Though there may be a clause taking into account sick days, or game cancellations due to inclement weather, there is no provision for a pandemic.

Many professional runners are feeling anxiety as their competitions disappear. Not only could appearance fees and performance bonuses evaporate, but athletes positioned to be signed by new sponsors have now lost auditioning opportunities.

The professional runner Molly Huddle spoke specifically about collegians, whose two most important meets of the year — the N.C.A.A. indoor and outdoor national championships — were canceled.

“There were athletes who were poised to win indoor and outdoor N.C.A.A. races, and I don’t know what this means for them,” she said on Friday. “That could have been one kid’s chance to run professionally.”

For the women in professional hockey, one of the biggest fears is losing visibility for their sport altogether. Elite players had largely boycotted the N.W.H.L. because of its low wages and working conditions, and they were embarking on a so-called Dream Gap Tour, a barnstorming event put together by the Professional Women’s Hockey Players Association. For many Olympic-level players, the now-canceled women’s world championships, which were to begin March 31, represented the largest stage and best international competition until the 2022 Winter Olympics.