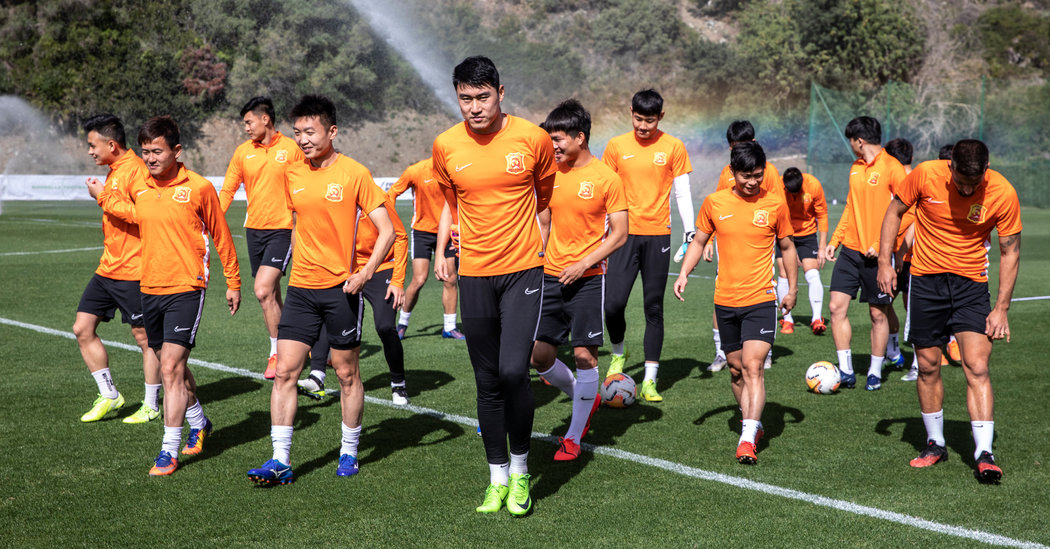 The messages informed Yao — and his teammates, who received similar ones — that Wuhan, a city of 11 million people, the place where he was born and raised, where he had become a local hero thanks to his decade long commitment to the city’s biggest soccer team, would be sealed off in an effort to prevent the spread of a virus whose tentacles have since spread around the world. By then, Yao had already been away from his wife and son for a month; he was desperately looking forward to rejoining them for Chinese New Year celebrations later that week.

“I felt broken,” he said. It was not just that he, like millions of others, would not be able to celebrate the most important day in the Chinese calendar with family. It was also the realization the virus was far more serious than he or any of his teammates had realized.

While some of his teammates were released, allowed to go home to cities that were unaffected by the Chinese government’s emergency measures, Yao and a dozen or so others from Hubei province, where Wuhan is the capital, had to make do with video calls to loved ones. In each one, the players tried to seem upbeat, not daring to reveal their worries for those sealed inside Wuhan.

A few days later, on Jan. 29, the team flew to Spain for a final camp, a final tuneup before the start of the new season on Feb. 22. By the time they arrived, Wuhan had become almost synonymous with the coronavirus. Photographers and camera crews met the team at the airport in Malaga, where José González, a Spaniard hired to coach Wuhan in January, held a news conference attempting to assuage concerns about their arrival.

González, who had arrived six days earlier to spend time with his family, could sense trouble was brewing. The regional government had been forced to issue a statement saying precautions would be taken with the Chinese team, that its presence would not imperil public health.

The message did not immediately get through.

A day before the team arrived, the hotel where it had reserved rooms suddenly canceled the bookings. Then the owner of the training field where the team was to hold its practice sessions said a Russian team that was using the adjoining field had complained; Wuhan Zall, he said, would have to find somewhere else to train.

The final insult arrived when teams from Scandinavia and Russia who had agreed to take part in preseason games canceled. Instead they chose to play against Dalian Shide, another team from China, but at least not from Wuhan.