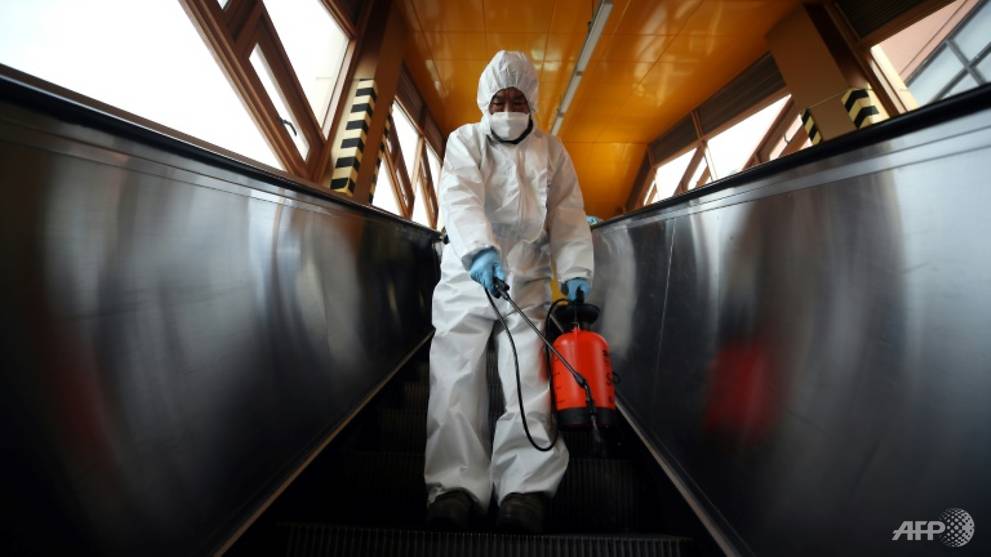 SEOUL: South Korea – once the largest COVID-19 outbreak outside China – saw its newly recovered patients exceed fresh infections for the first time on Friday (Mar 13), as it reported its lowest number of new cases for three weeks.

The South confirmed 110 new cases on Thursday, the Korea Centers for Disease Control and Prevention (KCDC) said, taking the total to 7,979.

But 177 fully recovered patients were released the same day, it added.

South Korea has an advanced medical system widely available to all, and has embarked on a huge coronavirus testing drive.

READ: Can South Korea be a model for coronavirus-hit countries?

But its stock market was caught up in the global economic concerns over the pandemic, with trading briefly halted on the Korea stock exchange six minutes after the opening when the benchmark KOSPI index fell to 1707.90, down 6.8 per cent or 126.43 points.

It was the second consecutive day trading had been halted on the main bourse, the first time that had happened since the US credit rating was downgraded in 2011.

The number of new cases in Daegu, the southern city at the centre of the outbreak, and the neighbouring province of North Gyeongsang had declined “dramatically”, officials said.

So far, nearly 90 per cent of South Korea’s cases have been in the two regions.

But Prime Minister Chung Sye-kyun, who is leading the response in Daegu, warned the government “should not be complacent even a bit”.

“The battle against the coronavirus has now become a global fight going far beyond Daegu,” he said.

Commentary: The ways in which the COVID-19 pandemic could unfold

Each morning the government announces how many cases were diagnosed the previous day, and recent figures have been well below the 500-600 increases the country was confirming in early March, raising hopes the outbreak is being brought under control.

The 110 new cases announced by the KCDC was the lowest such figure since February 21. One more person had died, it said, with the toll rising to 67.